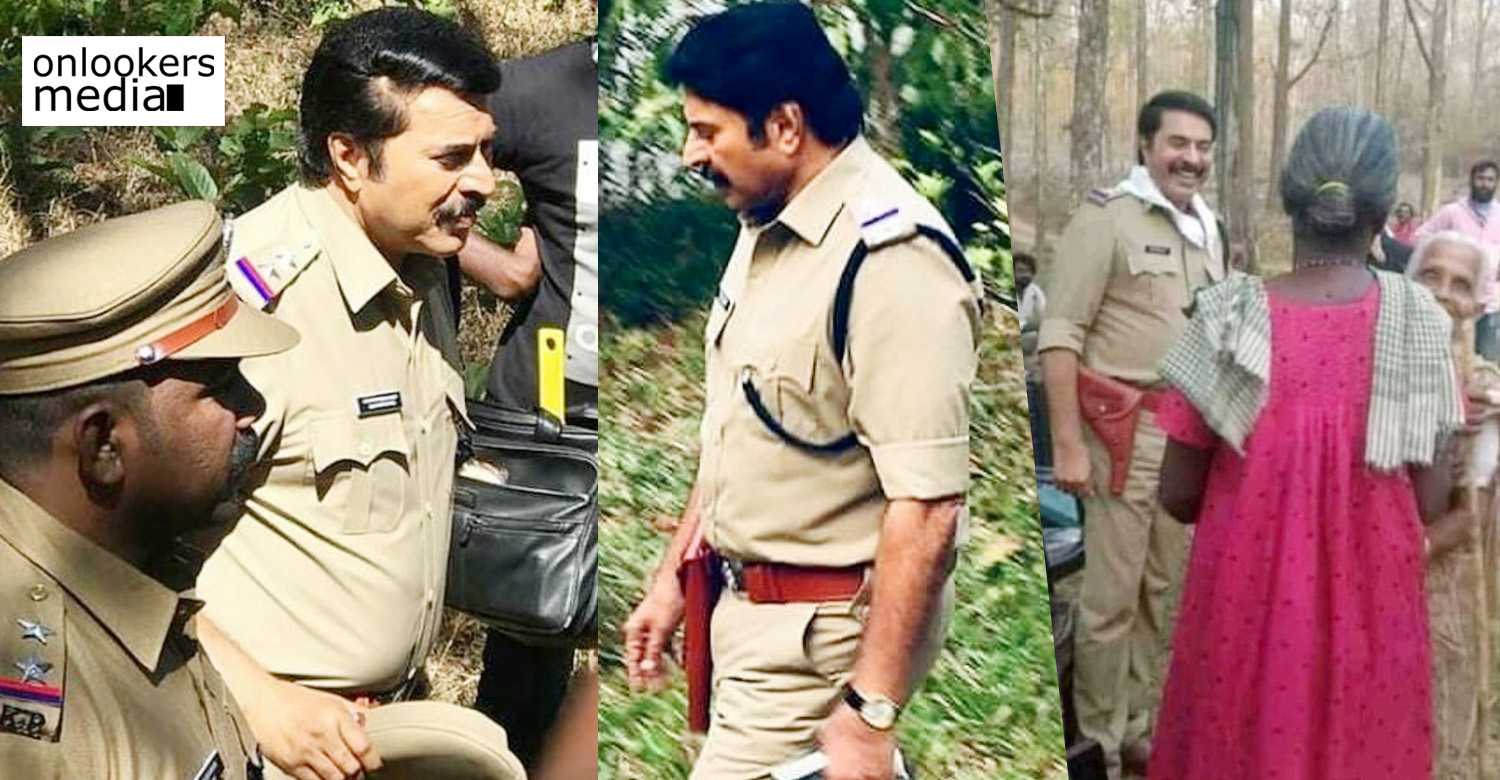 After a two month long break, Mammootty starrer ‘Unda’ recently got resumed in Wayanad. Khalid Rahman, who made a notable debut with ‘Anuraga Karikkin Vellam’, is directing this movie. Shoot is progressing at a brisk pace. A few leaked location stills are already doing the rounds in social medias. After the ongoing Wayanad schedule, the team also has a brief leg of shoot in Chhattisgarh. ‘Unda’ has Mammootty playing the role of sub-Inspector. The movie is said to be an action comedy entertainer and his role Mani is said to be something of the kind that he has not done before. Along with him, the movie also stars Vinay Forrt, Arjun Ashokan, Jacob Gregory, Shine Tom Chacko, Sudhi Koppa, Lukman and Alencier. Asif Ali is also said to be essaying a crucial cameo role in the movie. In the technical front, the movie has ‘Jigarthanda’ fame Gavemic U Ary cranking the camera and Prashanth Pillai handling the music department. For action choreography, the makers have signed Sham Kaushal from Bollywood. Krishnan Sethukumar of Movie Mill is presenting the movie in association with Gemini Studio. It is expected to hit screens by the second half of the year.

Mammootty to join Maamaankam sets from next month
Bala as Bhadran in Lucifer; Check out his character intro poster
To Top