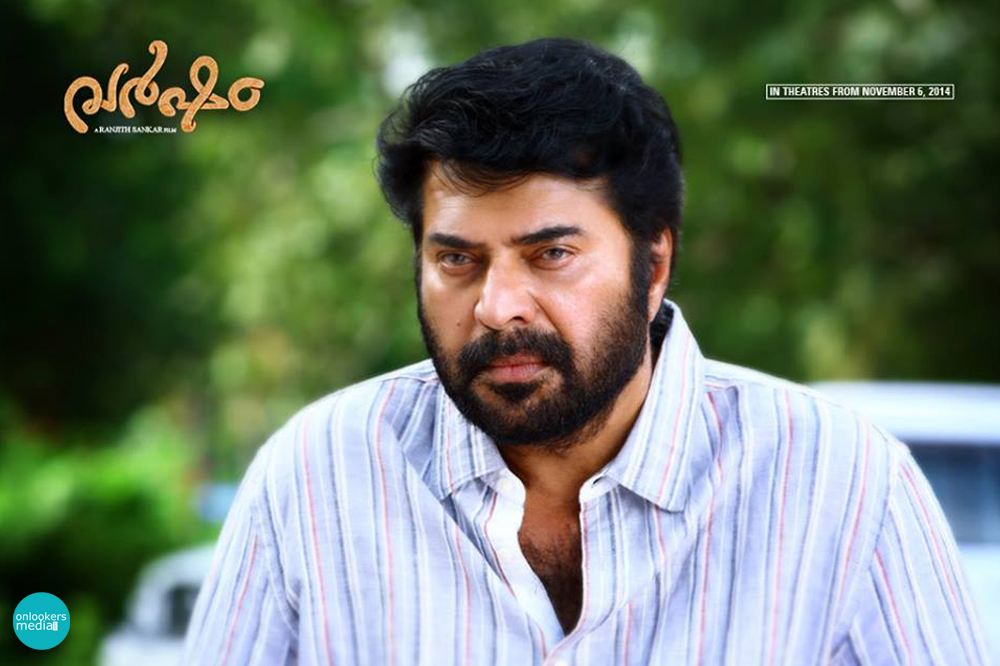 The much anticipated Mammootty Film ‘Varsham’ directed by Ranjith Shankar is all set for a big worldwide release on November 6.The film will hit the screens in India, UAE, UK, USA, Canada, Australia, New Zealand, Uganda, Tanzania, Zambia, Japan and Singapore in 400+ theatres. The production and distribution side decided to release Varsham on November 6th on all parts of the world mainly because of the fans of Mammootty ,especially from Middle East requested him to reconsider the delayed release of his movies outside India. Mammootty himself came forward to fulfill their request as the movie is produced under the banner of Play House films which is owned by none other than the Megastar Mammootty himself.

Varsham film has a fantastic star cast with Mammootty and Drishyam fame Asha sarath in lead roles. The films tells about the life of the character Venu, played by Mammootty, who returns to Kerala after a fairly long period from Gulf Countries. Venu decides to start a finance company and the problems he faced after his attempt forms the central part of the story. Asha Sarath playing the character of Venu’s wife had also a very important role to play in the story. One of the main highlight of the film is Actor T G Ravi who is playing a very key role, that too a character of negative shade after a long time.

The movie had already got public attention with its unique promotional methods such as its live audio launch, Song release through social media sites such as Facebook and Whatsapp and most importantly the decision of Mammootty to promote the film without using Fluxes. The songs of the film had already attained Hit status and the promotional methods as well as the trailer had raised great amount of curiosity among the public. Director Ranjith Shankar who is Fresh from the success of ‘Punayalan Agarbathis’ , his last outing with Jayasurya all set to reap Gold in Box office once again, this time with the Megastar of Mollywood who is on the way of a comeback after a not so good last few years.