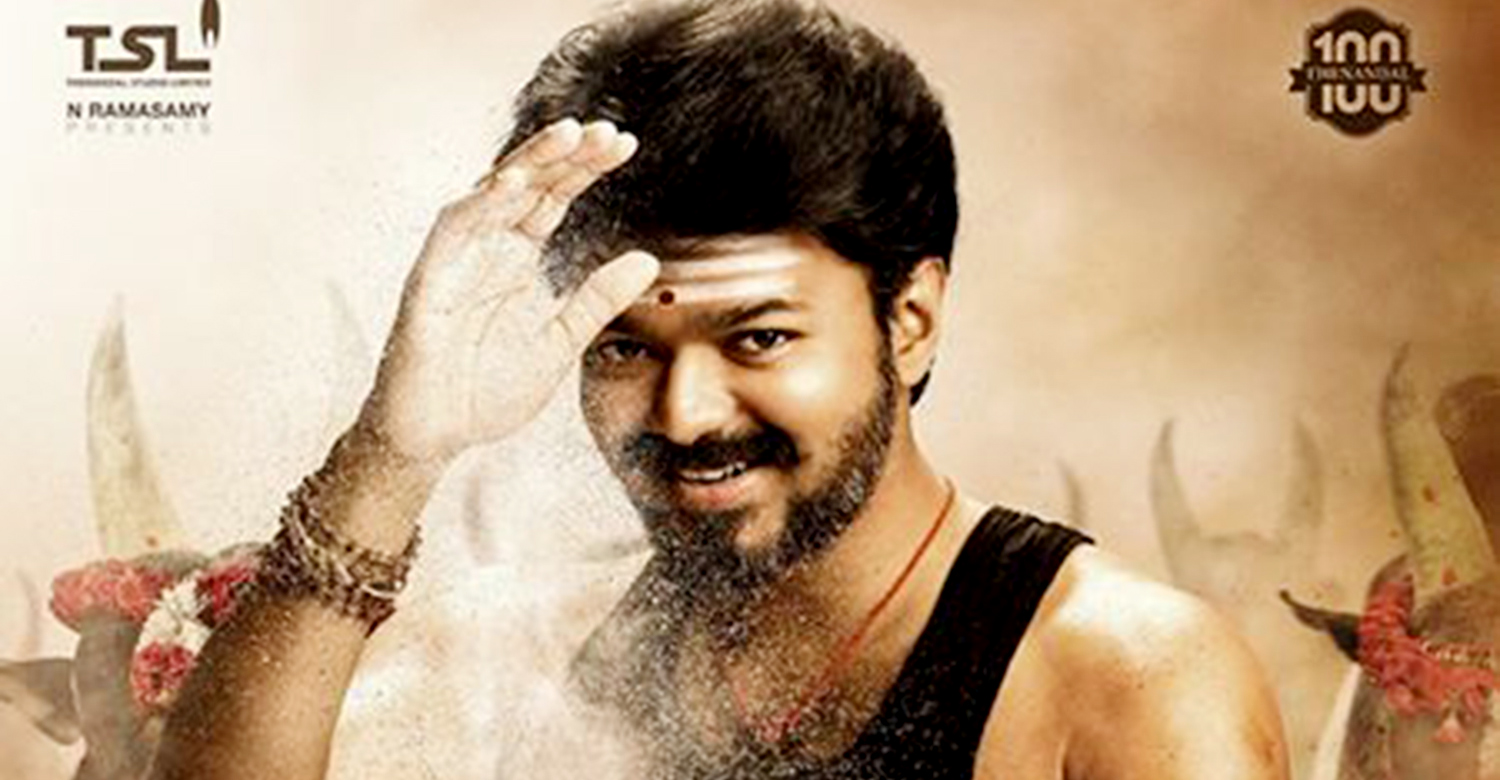 The title and first look poster of Vijay’s upcoming movie was announced on the eve of his 43rd birthday. The movie, titled as Mersal marks the reunion of director Atlee with Vijay after the blockbuster success of Theri. The first look posters were trending across all social media platforms.

According to latest reports, the movie’s Telugu version has been titled as Adirindhi. Vijay enjoys great popularity in the twin Telugu states and the presence of actors like Sathyaraj, Nithya Menen, Samantha and Kajal Agarwal will surely grab the attention of the audience. Also, Baahubali’s writer Vijendra Prasad is associated with this Vijay film and hence it is expected to have a good opening.

Vijay is playing a triple role for the first time in his career. Nithya Menen, Kajal Agarwal and Samantha Ruth Prabhu will be seen as the female leads.

Mersal is scheduled to release worldwide for this year’s Diwali. It is the 100th film to be funded under the prestigious banner of Sri Thenandal Films.

Clash of superstars for this Onam!
Why Tiyaan is one of the most anticipated movies of the season?
To Top