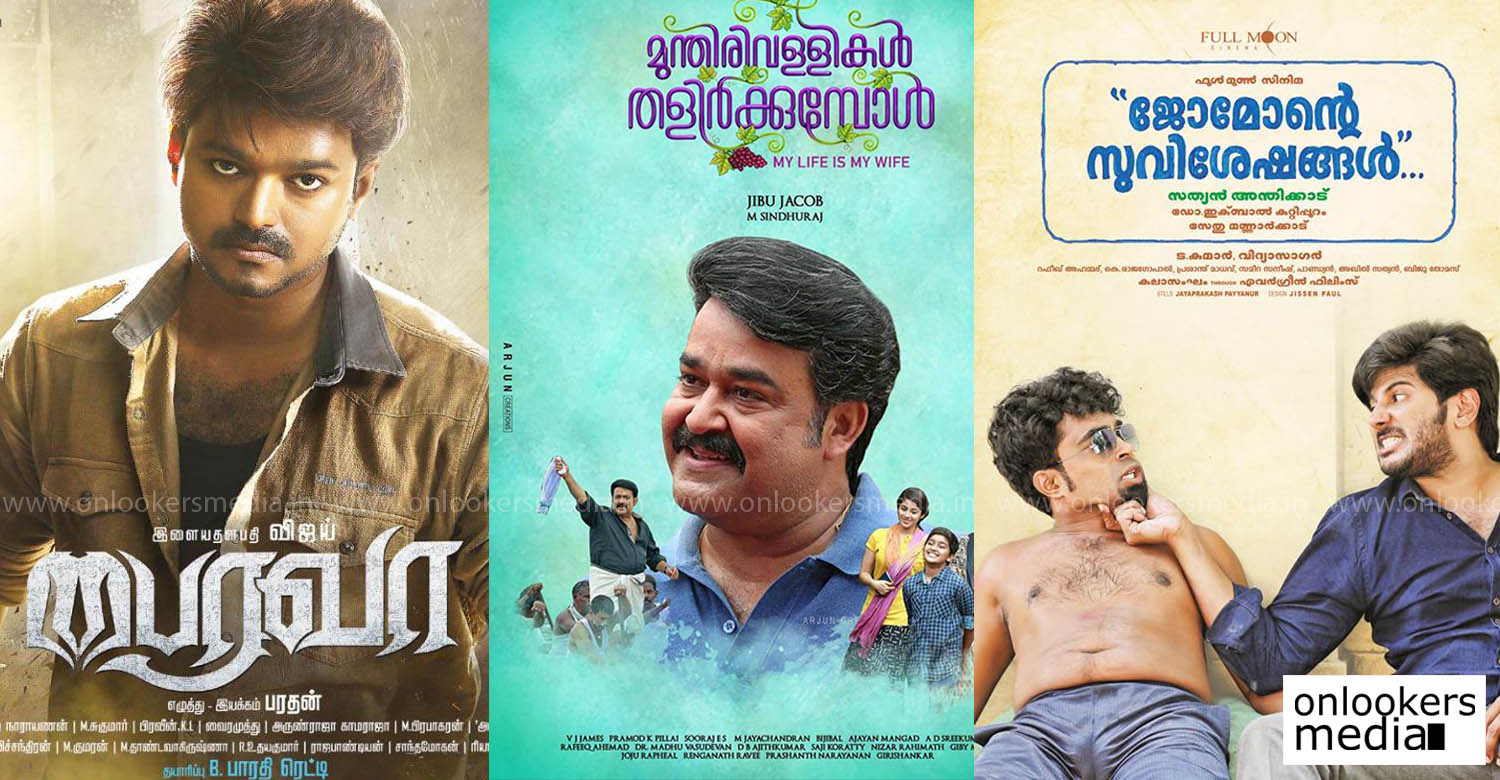 Ilayathalapathy Vijay’s latest release hit screens worldwide on January 12. The movie was released in Kerala during the theater strike which blocked the release of Malayalam movies. This ensured that the movie had an open window release in around 200+ theaters.

However, the movie opened to generally mixed to negative reviews in Kerala. Bairavaa is a typical mass masala entertainer with all the mandatory commercial elements. Malayali audience turned down the movie as it was evident from the steady dip in collections from the first week itself.

With the release of these biggies, the number of theaters screening Bairavaa got reduced. Also, highly anticipated Bollywood movies like Hrithik Roshan’s Kaabil and Shah Rukh Khan’s Raees also released this week making it even more worse for Bairavaa, as the theater count will again be reduced.

Even though the movie could not make any rich dividends in Kerala like other Vijay starrers, it is doing great business in the rural areas of Tamil Nadu especially the B and C centres. The movie directed by Azhagiya Tamizh Magan fame Bharhathan featured Keerthy Suresh as the female lead. It had a host of supporting actors including Jagpathi Babu, Daniel Balaji, Sathish, Thambi Ramaiah, Sija Rose, Aparna Vinod, Aadukalam Naren, Sreeman, Vijayaraghavan, Seema G Nair, Roshan Basheer etc.
The movie was produced by Vijaya Productions.

Only Mohanlal can do that : Vivek Oberoi
Sathyan Anthikad-Mohanlal-Sreenivasan to team up again
To Top