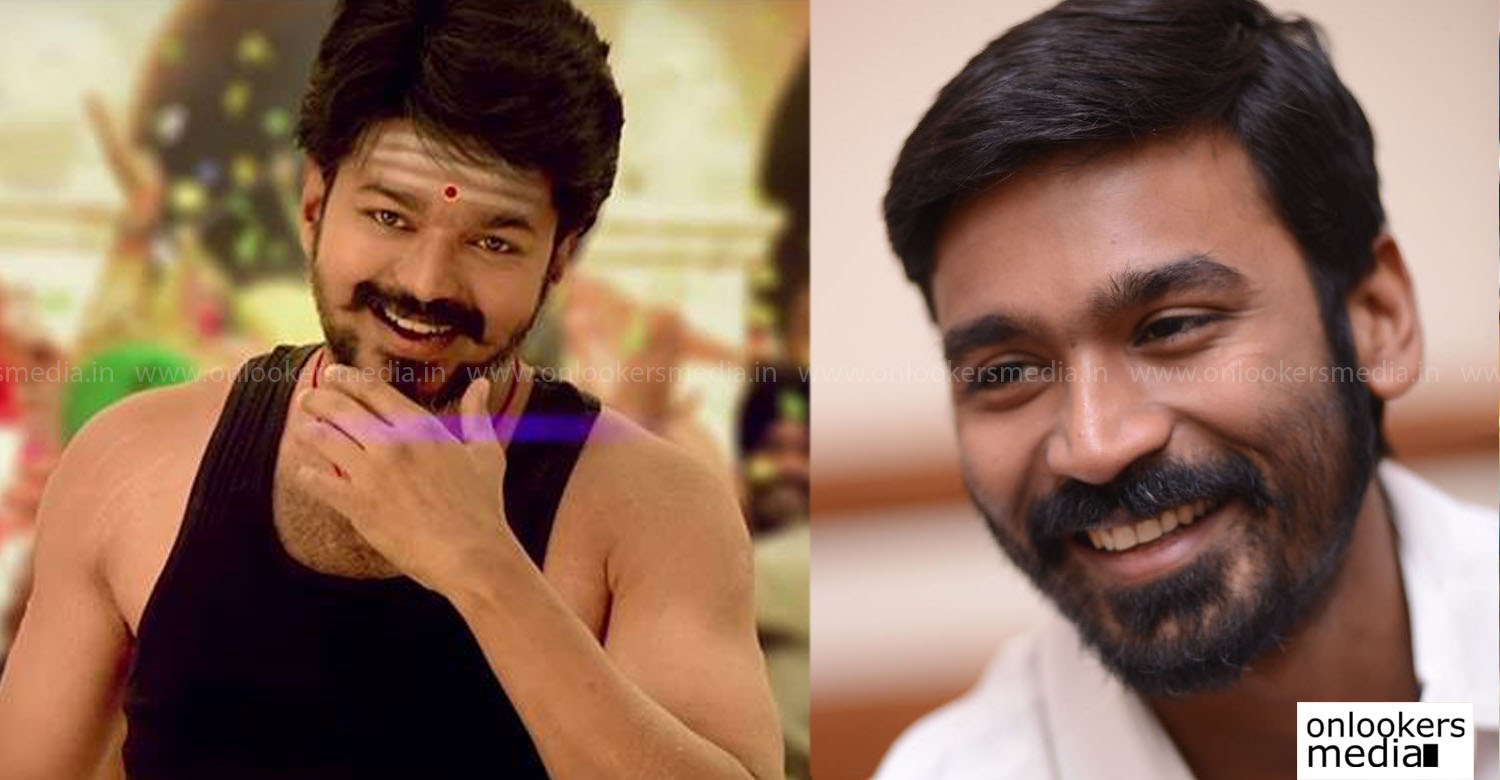 Vijay sir has always been an inspiration, I’ll be watching Mersal on the first day itself: Dhanush

The audio launch event of Vijay’s upcoming movie Mersal was one of the biggest events in Tamil cinema history. The event was made special the presence of many celebrities, thousands of fans and a live performance from the maestro AR Rahman. Vijay’s short but powerful speech was the icing on the cake.

Mersal’s audio launch function was celebrated in such a grand manner for three major reasons- this year marks the 25th anniversary of both AR Rahman and Vijay’s entry to the film industry. Mersal is also the 100th venture of Sri Thenandal Films, one of the most prestigious banners in Kollywood.

Actor Dhanush was the chief guest of the event. His entry came as a big surprise to the fans present as it was not publicised before the event started. While talking in the event he remarked about how Vijay has inspired him with a successful career that has lasted for 25 long years.

“Today is indeed a very significant day. Thenandal’s 100th film, Vijay sir’s and Rahman sir’s 25th year in the film industry. With all these milestones, such a grand event is inevitable. I’m very happy to be a part of this event. I have come here today as Vijay sir’s friend. It’s taken 25 years of hard-work to reach where he’s now. I really admire his cool composure. Silence is a very lethal weapon and I have learned the power of silence from him. He has always been an inspiration. I’m waiting for Mersal and will definitely watch it on the first-day first show itself”, said Dhanush.

Mersal marks the reunion of Vijay and director Atlee after the massive success of Theri. Kajal Agarwal, Samantha and Nithya Menen play the female leads. The movie is slated for a grand release this October, during the Diwali season.

Fahadh is a perfectionist, he’ll surprise us all in Velaikkaran: Producer RD Raja
Motion poster of Tovino’s debut Tamil movie released by Gautham Menon
To Top