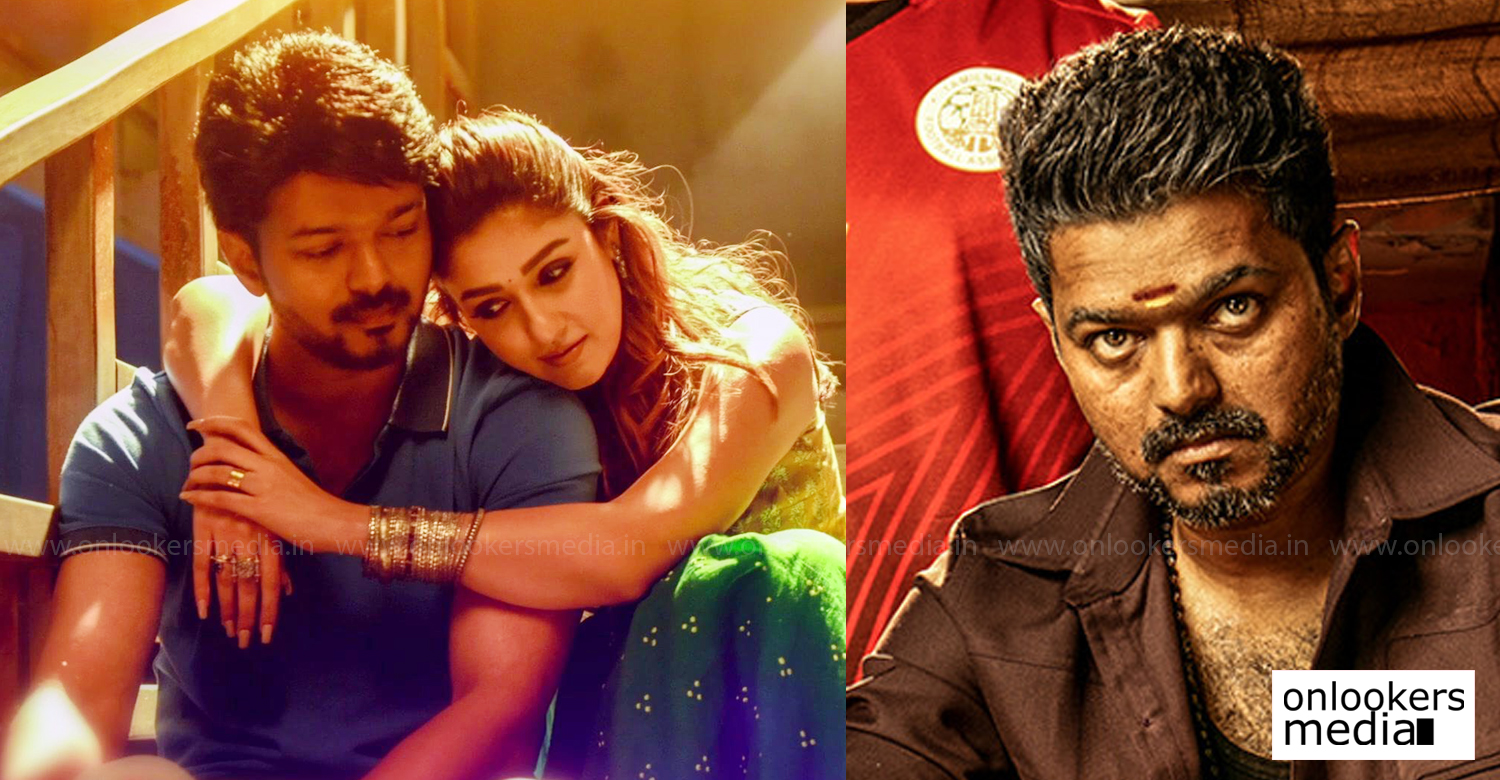 Vijay will be seen as a college going youngster in Bigil

Last day, the grand audio launch of event was held in Chennai. Thousands of Vijay fans attended the event, making it as one of the biggest ever launch events in Kollywood. Almost all the cast and crew members of ‘Bigil’ attended the event and shared their expectations on the film. While speaking at the function, Ramana Girivasan, the dialogue writer of the film, revealed that Vijay will be seen as a college going youngster in it. It was an exciting tidbit as nothing much was known about the film’s storyline or Vijay’s part in it. Apparently, the star plays a dual role as a gangster father and a football enthusiast son, who later becomes a coach.

The Atlee directorial is a mass entertainer with woman’s football at its crux. Nayanthara, Jackie Shroff, Kathir, Yogi Babu, Vivek, Induja, Varsha Bollamma, Reba Monica John, Daniel Balaji and Anand Raj are also part of the cast. ‘Mersal’ fame GK Vishnu has cranked the camera and music is by maestro AR Rahman. All the songs from the movie have been released online.

‘Bigil’ is scheduled for a grand Diwali release in October.The much-awaited teaser will be released in a couple of weeks time.