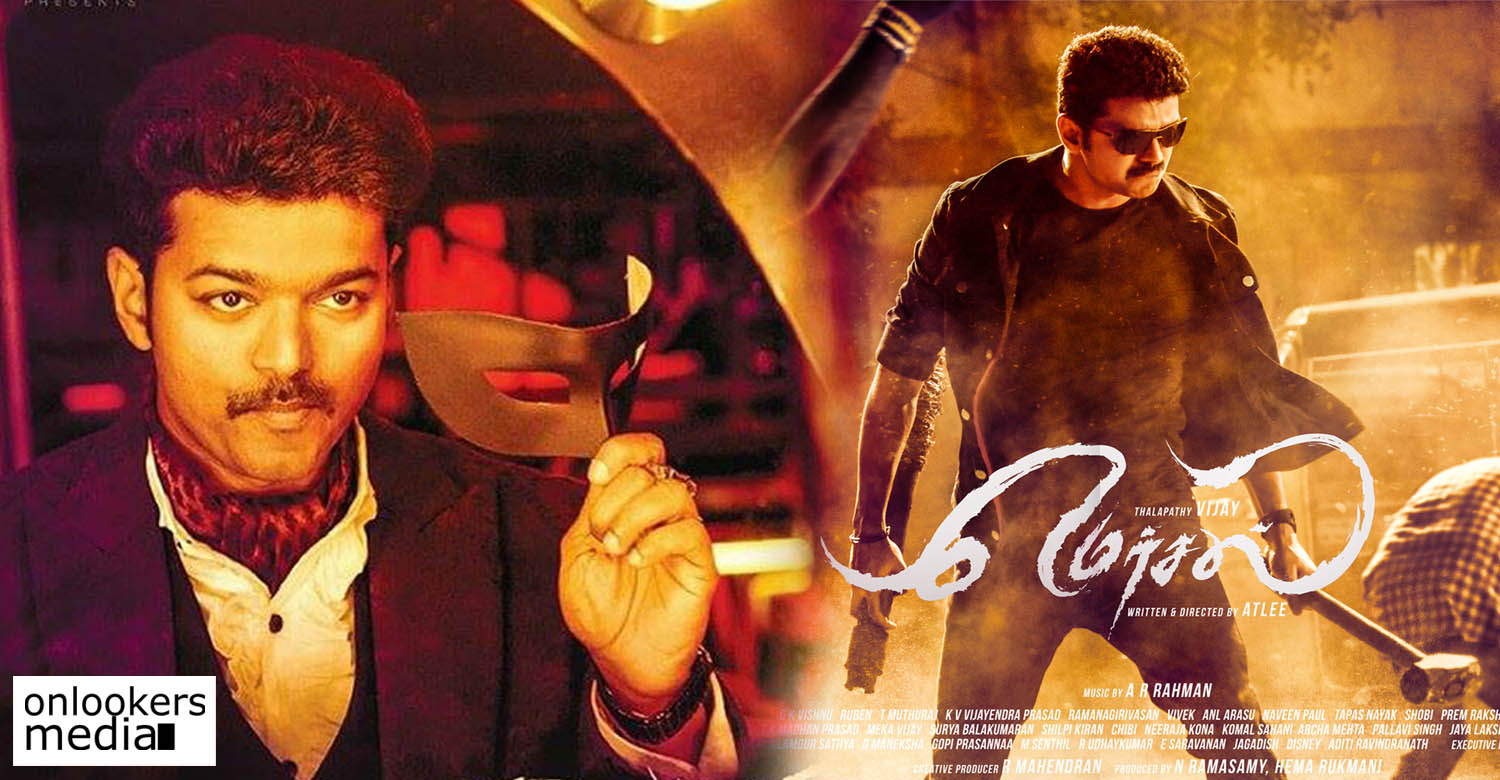 Vijay’s Mersal does a whopping pre-release business of over 150 crores!!

Vijay’s Mersal is all set to storm screens worldwide on October 18 as a grand Diwali release. The movie comes in with huge expectations from the fans as well as the common audience. Director Atlee is teaming up with Vijay for the second time after the smashing success of Theri, so expectations are multifold.

Tamil cinema industry has had a dull year so far with only Baahubali: The Conclusion and Vivegam, to an extent, managing to create waves in the box office. Distributors and theatre owners have pinned all their hopes and have invested heavily on Mersal.

According to leading trade anlayst Kaushik, Mersal has done a whopping pre-release business of over Rs 150 crores. Reportedly, Zee TV have bagged the movie’s satellite rights for a record price. Distribution rights for most centres, including the overseas markets, have fetched huge amounts. The makers have planned to release the movie in 3200+ screens worldwide which includes 800 screens in Malaysia alone.

Promotional works have already started in full swing. The movie will not have a trailer as such but short promo videos will be released in the coming days. Mersal looks like a pucca-mass entertainer that appeals to audience of all age groups.

Vijay is playing a triple role for the first time in his career which further adds up to the expectations. Samantha, Kajal Agarwal and Nithya Menen play the three female leads. Apart from the star-studded cast, the movie has some big names in the technical department as well. Oscar winner AR Rahman is composing the music and Baahuabli’s co-writer Vijayendra Prasad has helmed the movie’s screenwriting along with Atlee and Ramana Girivasan.

Mersal is the 100th venture of the famous production house Sri Thenandal Films.

Prashant Pillai composes for Anurag Kashyap’s widely acclaimed Mukkabaaz!!
“All these allegations against Prithviraj are false and brutal”, says his My Story co-star Parvathy
To Top