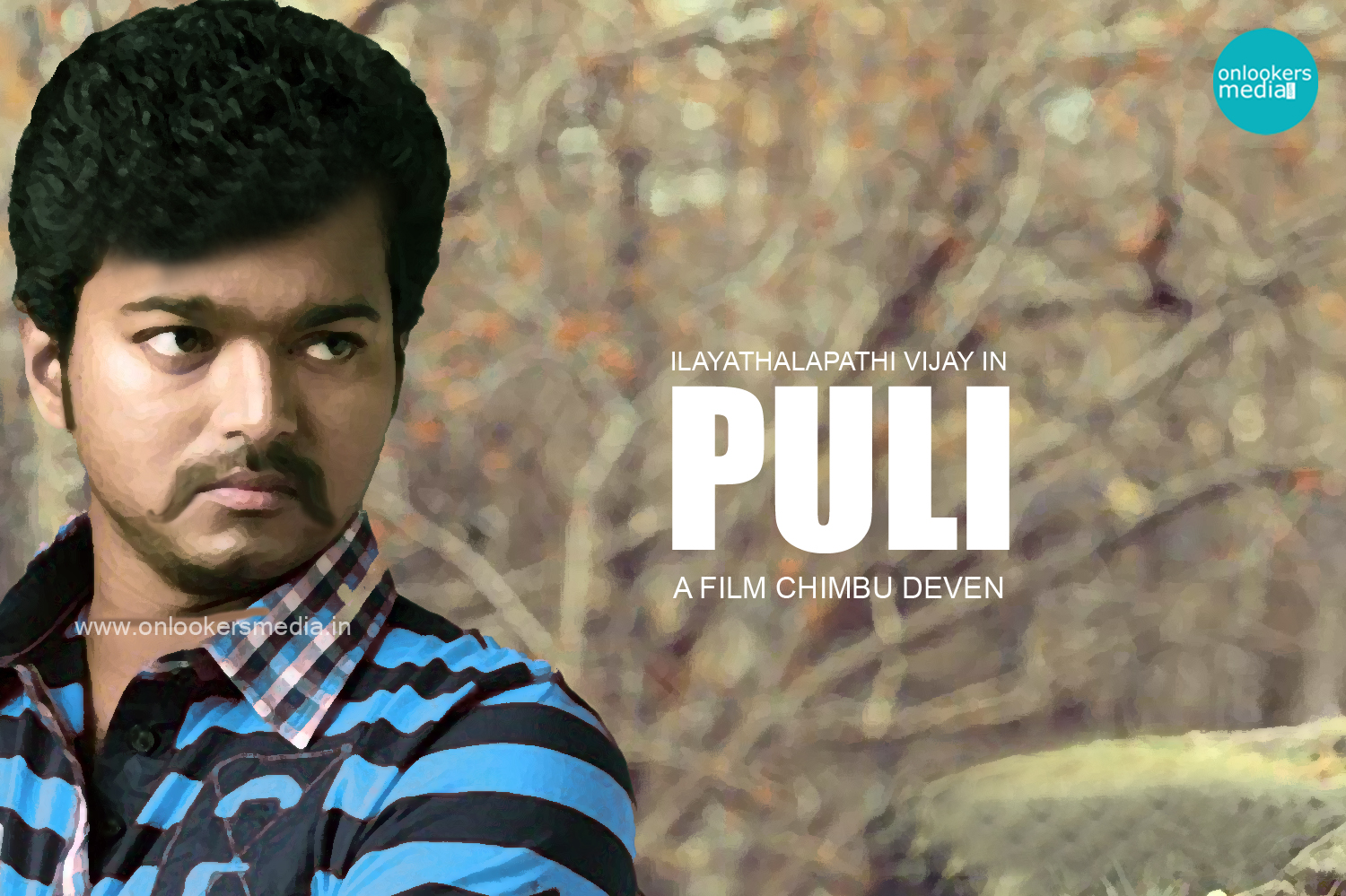 Vijay’s coming film , which is directing by Chimbu Devan  was  making news from the very moment it has announced to public. First it was in the news for the cast list in which yesteryear actress Sridevi  has made her entry. Sridevi who had given lots of hits with Kamala Hassan and other stars years ago was came back to acting with English Vinglish in Bollywood and through this Vijay film she is now coming back to south Indian film.

Later the film made it into the news with the rumors about its title. At first there was rumors that it will be called Mareesan. Later rumours came along that it will be called Garuda. But at last it was in the news for its official announcement of title and it is titled as Puli. Now it is in the news again. The reports are coming in that Even before the official release of a first look of the film Puli, it is getting some great financial business much to the joy of Vijay, Chimbu Devan and their fans.

The producers of the film Selva Kumar and Shibu Thameens confirmed to the medias that Thenandal films has bought the north and south Arcot distribution rights of the film for a great amount. The fans of Vijay is very happy with the title of the film and they are now eagerly waiting for the first look of the film to come out. The film is still on the floors and the first look motion poster is expecting soon.

Thenandal films are high on the success of Pissasu and they grabbed the rights of a Vijay film to continue their good going.  Vijay is also on a high with his last release Kaththi had become a record breaking hit at box office and that also is one reason for the great demand  for Puli.The film will be a deepavali release as per the reports and it seems that Puli had started the money hunt right from the word go. Anyway the expectations are already touched sky high as every Vijay film usually does. Chimbudevan and team is ready to rock this time with Puli.