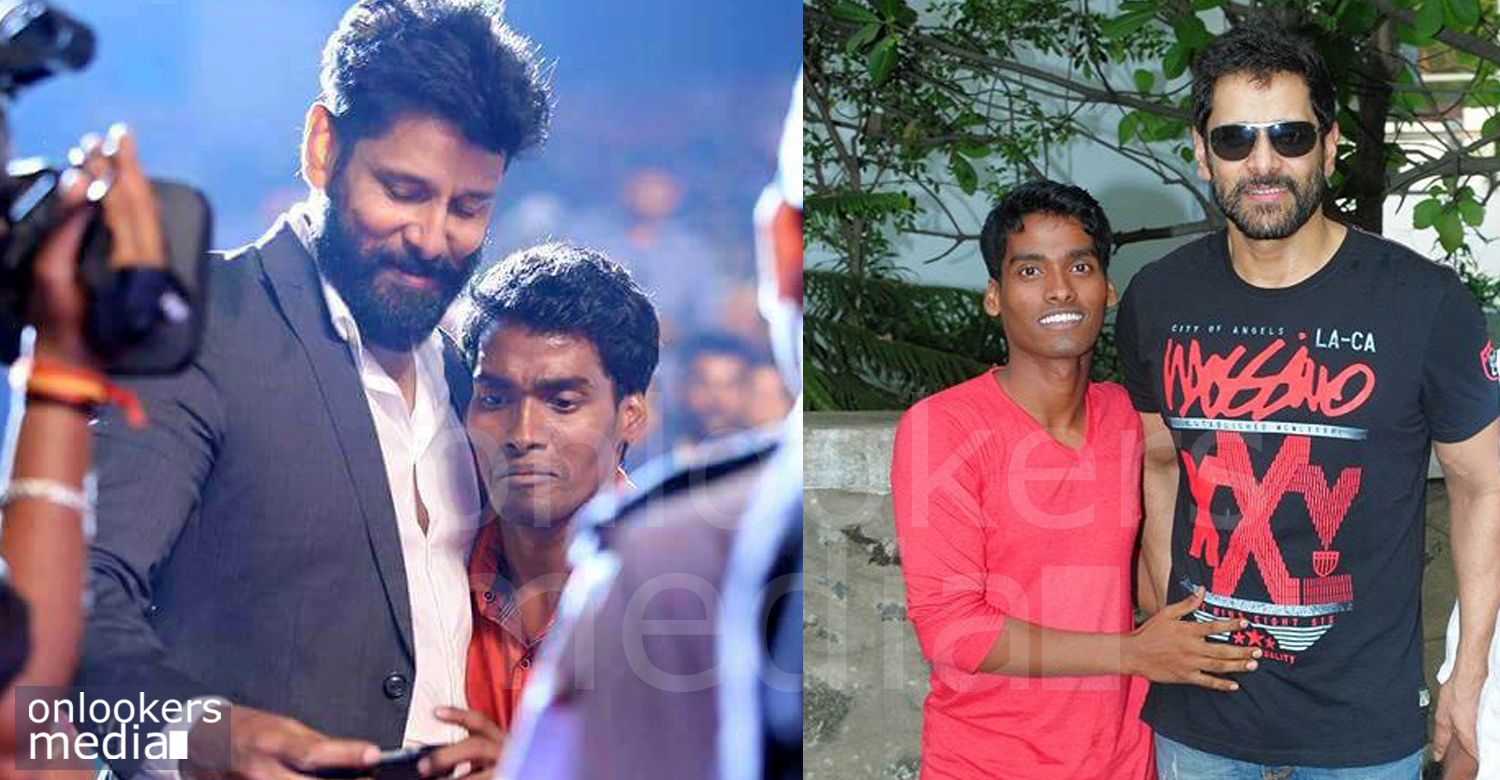 Vikram fan incident in Asianet Film Awards is a real one, not staged or scripted !

One of the topic of discussion in social media now is the incident that we saw in the Asianet Film Awards 2016, in which a die hard fan of Chiyan Vikram breached all the security measures there and ran towards him. Even though security tried to force him away from the scene, Vikram stopped the security from doing that and he spent some valuable moments with the one who come to see him taking all those risks. Vikram had took a picture with him and also allowed him to hug and kiss him.

The video went viral in social media and everyone began to praise Vikram for his kind act towards his fan and many had said that it was the moment of the whole function. But then another version of the issue also came in social media saying that it was an incident staged or scripted by Asianet to divert the attention of the audience and thereby increasing their TRP rating. Many had come up with certain examples for that as well.

Watch Video :  Vikram Fan got the moment of his life at Asainet Film Awards 2016

But in fact, it was a real incident and not a staged one. We Onlookers Media contacted the one who became the center of attraction of all these and he told us what really happened there at the function. His name is Salam and he is a handicapped guy from Kodankodu of Palakkad district. He came all the way from there to see Vikram as he is a die hard fan of him. He also admires YuvRaj Singh and Mammootty and had took photos with them as well earlier.

At Asianet awards he waited till 1 am at night and then made his way to the back of the stage somehow. Later when he got a chance, he ran through the stage and came near Vikram to meet him. Salam says that all that happened was real. He also says that he loves Vikram very much and he was ready to face anything just to see him. He had also went to meet him at his house in 2014 and took a picture with him. He is a lottery seller and handicapped as well as we said above. He wanted to tell everybody that it was not at all a scripted event by Asianet but an incident that really happened because of his love for Chiyan Vikram.

I never desired to make Malayalam cinema to revolve around me, says Mohanlal !
Gajala, Heroine of Dileep movie Speed Track getting married
To Top