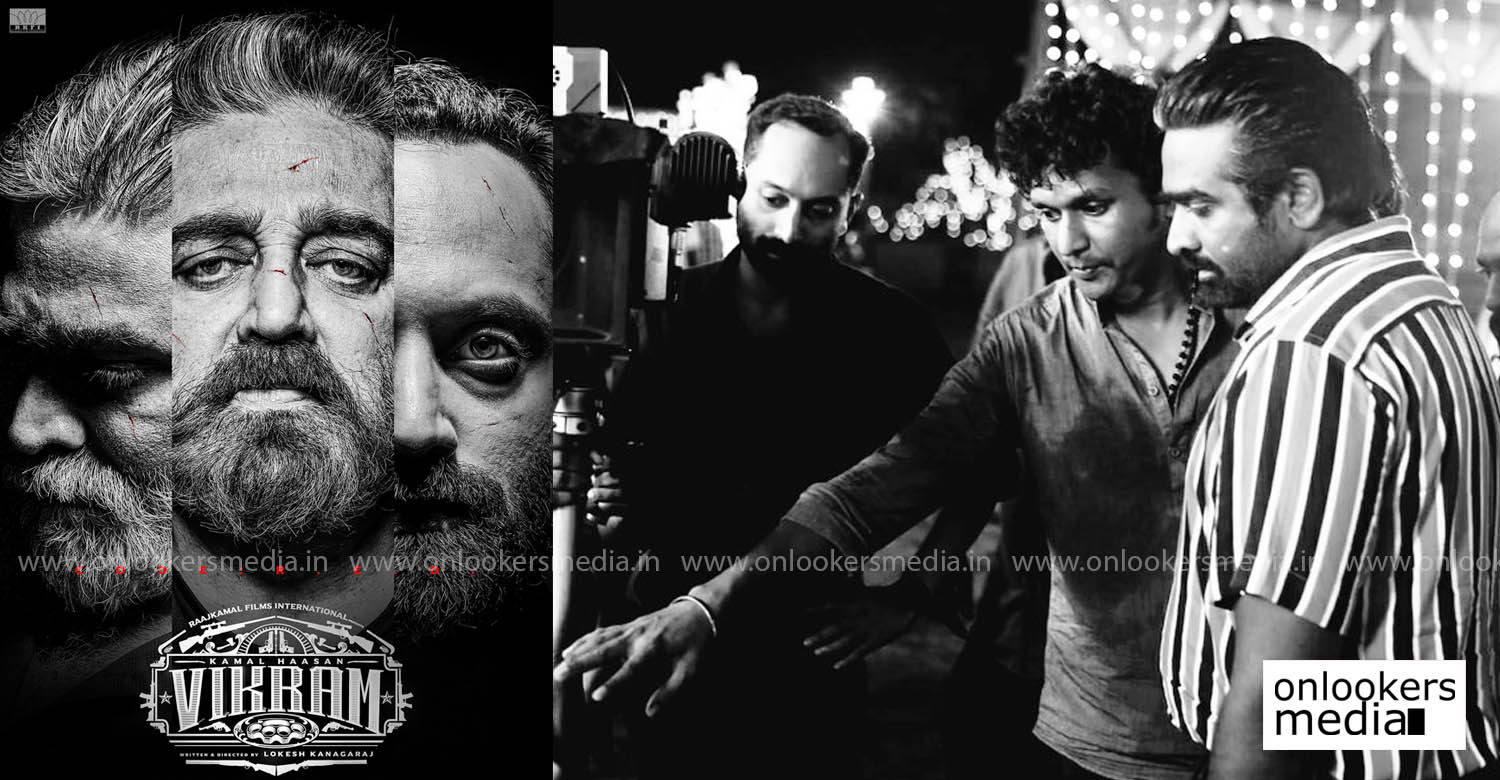 Shoot for the hugely hyped Tamil film ‘Vikram’ is currently progressing at a brisk pace. The film has a star-studded cast lead by Kamal Haasan, Vijay Sethupathi and Fahadh Faasil. Lokesh Kanagaraj of ‘Kaithi’ and ‘Master’ fame is directing the film.

Last day, he shared a location still from the film featuring Vijay Sethupathi and Fahadh Faasil. However, details regarding their characters have not yet been revealed. Though the two stars had previously worked together in Thiagaraja Kumararaja’s ‘Super Deluxe’, they hardly had any combination scene in it. Kamal Haasan’s own banner Raaj Kamal Film International (RKFI) is producing the film. Though ‘Vikram’ was rumoured to be a a sequel to Kamal’s 1986 film of the same name, the makers are yet to confirm it.