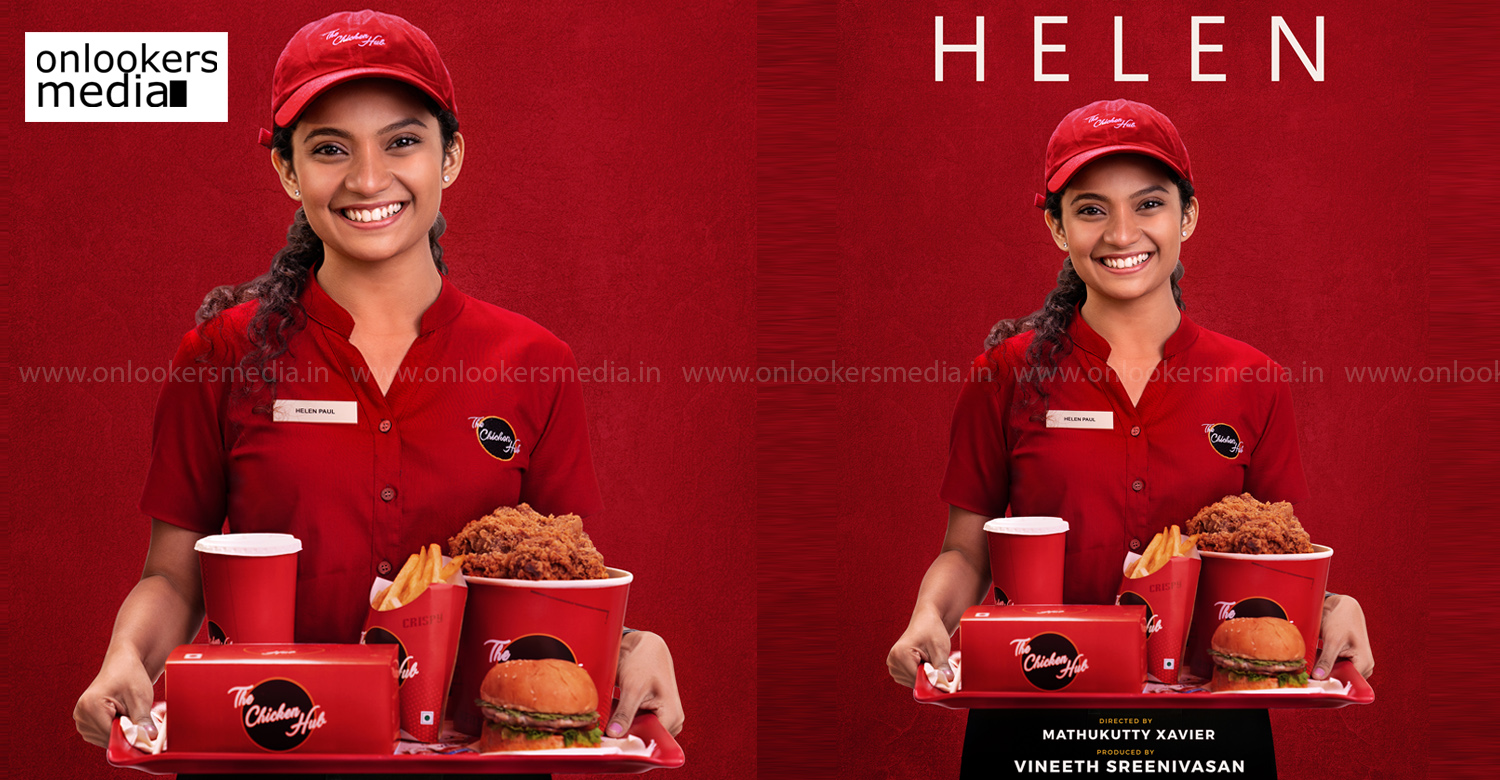 We were among the first to report about Vineeth Sreenivasan producing a new film titled ‘Helen’. Its first look poster featuring ‘Kumbalangi Nights’ fame Anna Ben has been released online by the makers. Debutant Mathukutty Xavier will be directing the movie. The director has also penned the script jointly with Noble Babu Thomas and Alfred Kurian Joseph. ‘Helen’ stars Anna in the titular role and the first look features her in a waitress’ attire. Noble Babu Thomas, one of the script writers of the film is playing the male lead. He was also one of the producers of ‘Jacobinte Swargarajyam’, which was directed by Vineeth Sreenivasan.

‘Helen’ also has Aju Varghese, Lal Paul, Rony David Raj and a bunch of newcomers as part of the cast. The movie will have cinematography by Anend C Chandran of ‘Premam’ fame and music by Shaan Rahman, who is a regular in Vineeth’s films. Shameer Muhammed has been assigned as the editor.

Vineeth Sreenivasan is producing ‘Helen’ under the banner of Habit Of Life and Big Bang Entertainments. Funtastic films, owned by Aju Varghese, Dhyan Sreenivasan and Vishak Subramaniam, will be distributing the movie.