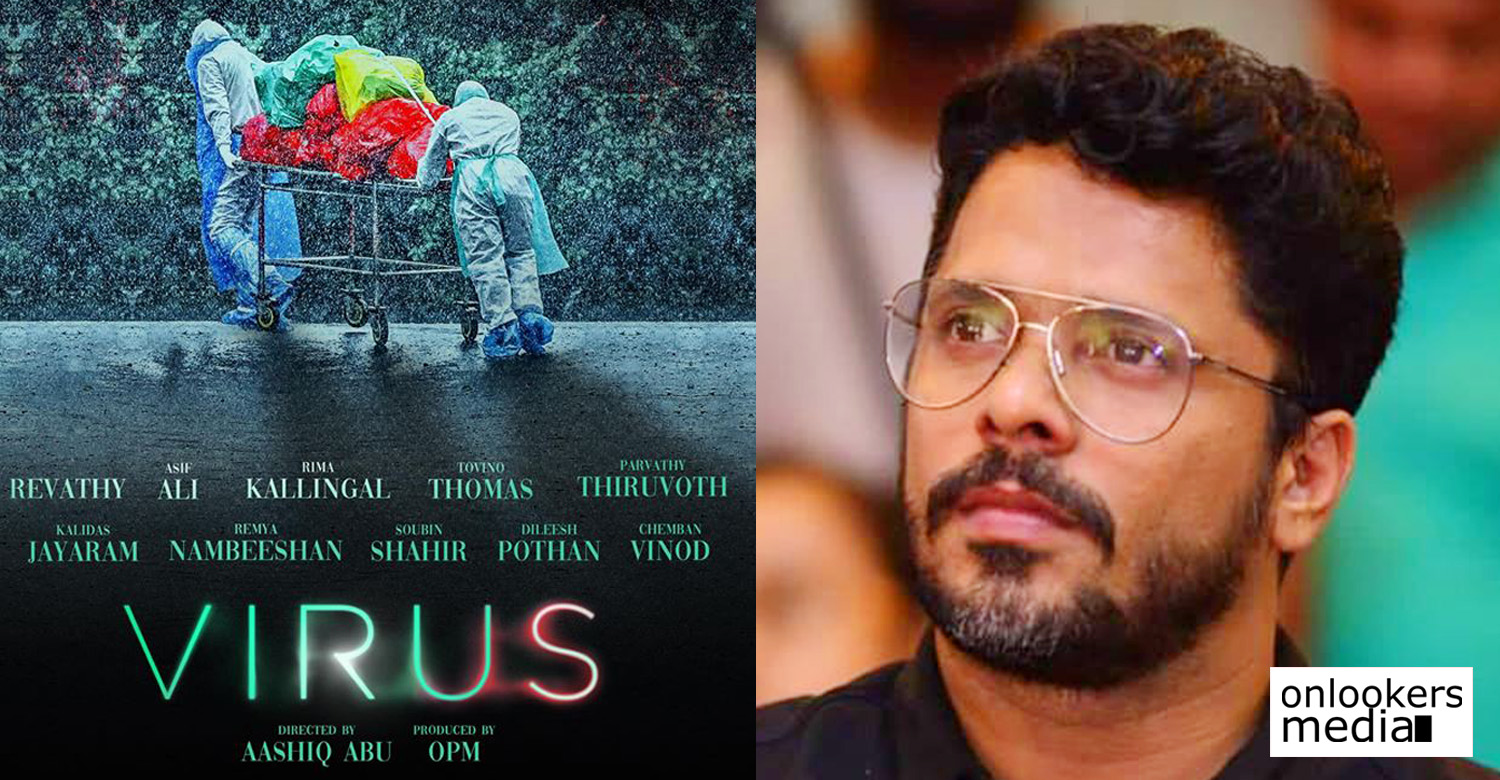 Virus: Aashiq Abu’s next is a multi-starrer based on real life events

Last day, Aashiq Abu made a huge announcement about his next project. The movie titled as ‘Virus’ has an ensemble cast comprising of Revathy, Tovino Thomas, Parvathy, Asif Ali, Rima Kallingal, Kalidas Jayaram, Soubin Shahir, Dileesh Pothan, Chemban Vinod Jose and Remya Nambeeshan. Virus is based on real life events, presumably about the Nipah outrbeak that claimed 18 lives in Kerala this year.

Virus is scripted jointly by Muhsin Parari, Suhas and Sharfu. Muhsin Parari is the writer-director of KL 10 Pathu and co-writer of Sudani From Nigeria. Suhas and Sharfu are making their debut as scriptwriters with the upcoming Fahadh Faasil starrer, Varathan. Just like the cast, the technical crew of Virus also includes some well-known names like National award winning cinematographer Rajeev Ravi, composer Sushin Shyam and editor Saiju Sreedharan.

Virus was announced with a title poster designed by Old Monks. They have used the original photo taken by Mathrubhumi photographer Sajan V Nambiar. This photo caught instant attention for it captured the true essence of the crisis. Earlier, director Jayaraj had also announced a similar movie based on Nipah outbreak and the story of nurse Lini Puthussery, who lost her life while treating an infected patient. The movie titled as ‘Roudram’ will be the director’s next in the Navarasa series.

It will be interesting to see how these two filmmakers come up with their own versions of a real-life incident that is still fresh in the minds of Keralites.