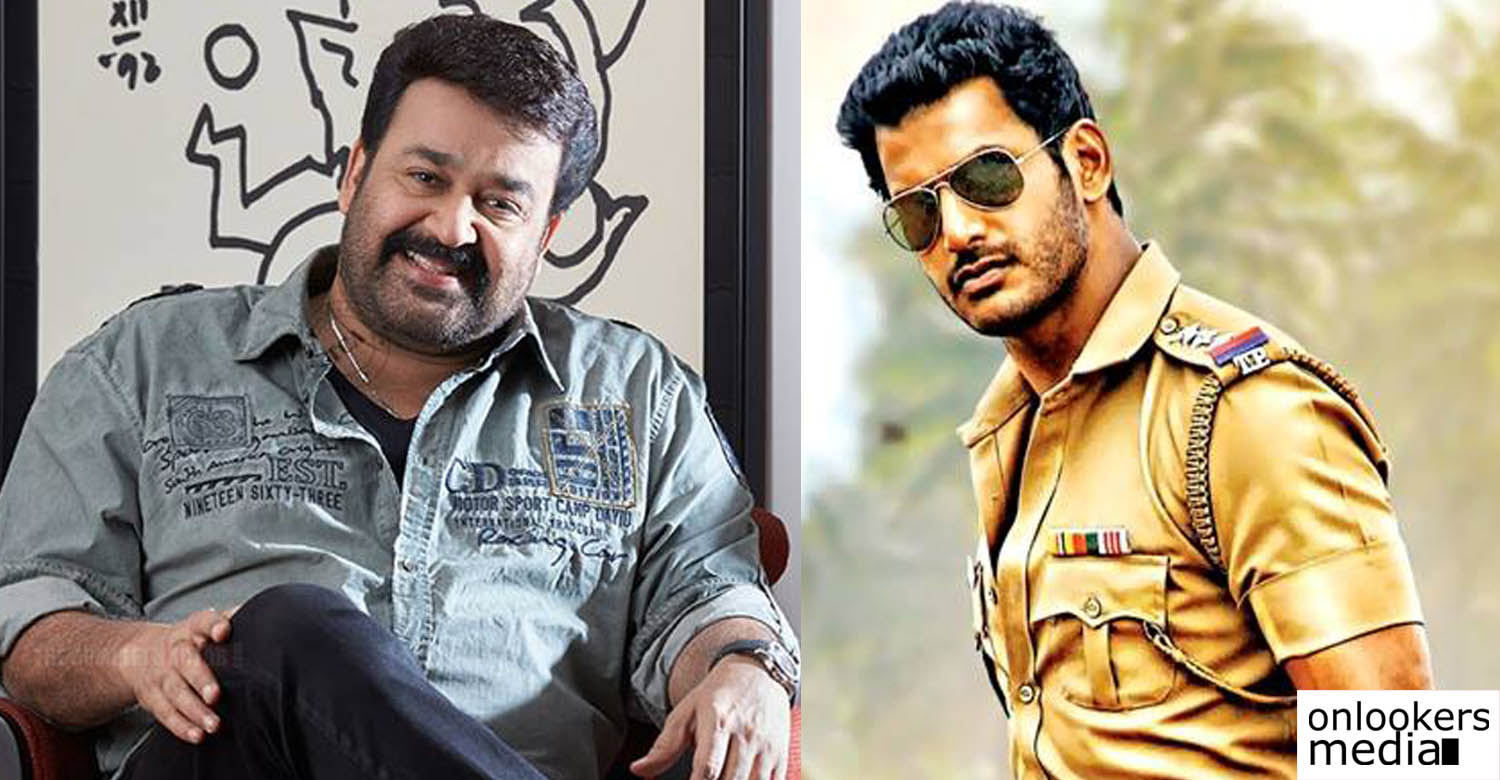 Vishal to team up with Mohanlal?

Of late Mohanlal has been looking to broaden the wings of Malayalam film industry through multistarrers and big budget projects. The actor’s next 1971 Beyond Borders directed by Major Ravi stars Tollywood actor Allu Sirish and Bollywood actor Arunoday Singh in pivotal roles. He has also committed for the epic drama Randamoozham which is said to feature leading stars from all the major Indian languages.

The latest we hear is that popular Kollywood actor Vishal will be playing a major role in Mohanlal’s upcoming movie with director B Unnikrishnan. The director has earlier informed that the movie will be a big budget project in which Mohanlal will be seen as an ex-cop in the movie. It movie will be a crime thriller with complex relationships.

Mohanlal’s home production house Aashirvad Cinemas is producing this movie. There were also reports that the makers are planning to produce this movie in multiple languages. Vishal is a popular actor in Kollywood, so we believe that the movie will be made as a bilingual in Tamil and Malayalam. This is B Unnikrishnan’s fourth movie with Mohanlal after Madampi, Grandmaster and Mr Fraud.

Mohanlal is expected to join the sets of Unnikrishnan’s yet to be titled movie after finishing his portions for 1971 : Beyond Borders.

If caparisoned elephants are allowed in Kerala, Jallikattu should be permitted in TN : Kamal Haasan
Singam 3 aka Si3 release date confirmed
To Top