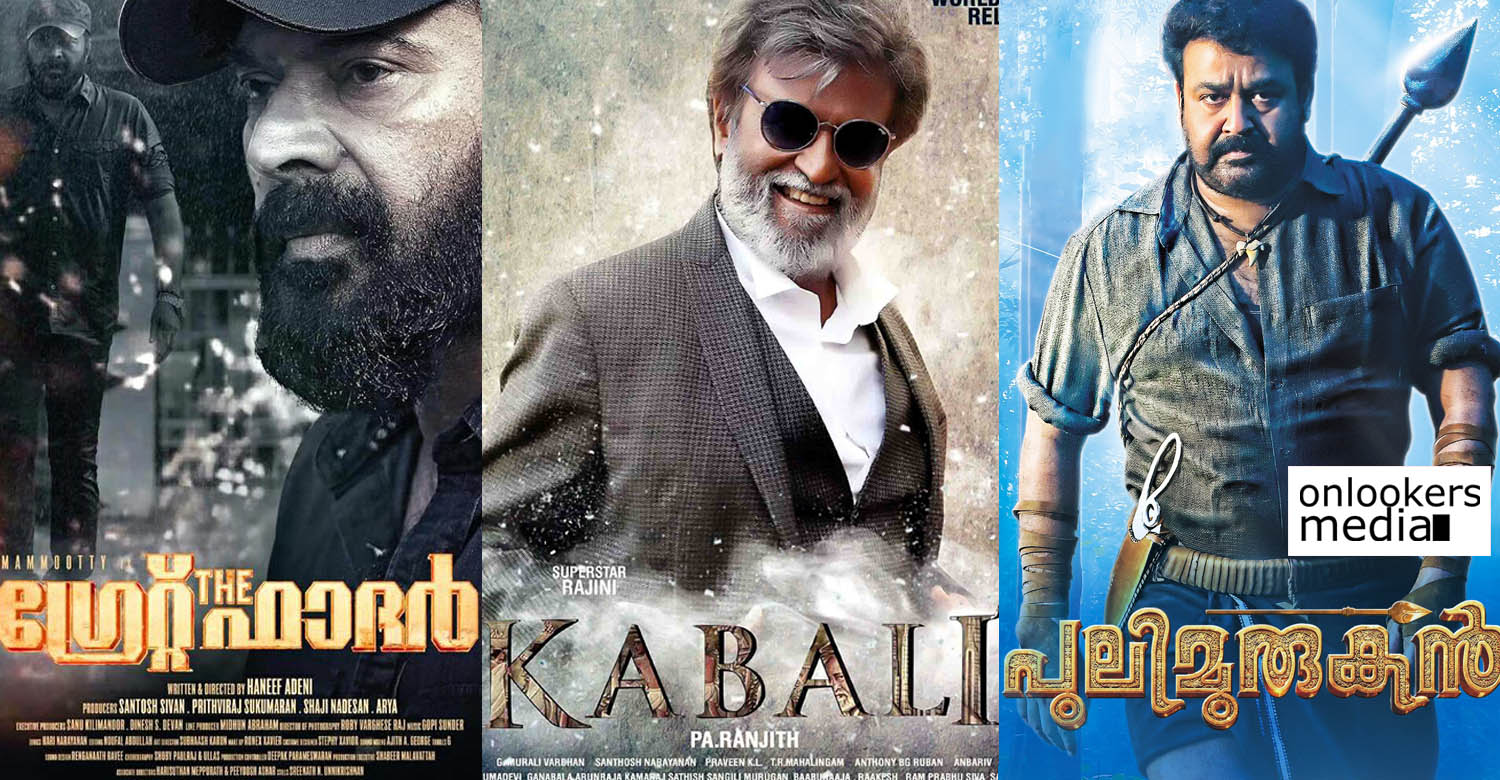 The Great Father, Megastar Mammootty’s most hyped movie in his career is all set to hit screens on March 30. The movie had the right kind of buzz ever since the project was announced. The expectations went multifold after the posters were released.

The Great Father is probably the most anticipated movie of a debutant filmmaker. Written and directed by Haneef Adeni, the movie features Mammootty in the lead role of David Ninan. The sensational teaser released by the team a few days back has clocked nearly 80 lakh views, the most for a Malayalam movie.

The Great Father is expected to release in over 150 theatres in Kerala. Early morning shows for the fans have already been sold in all the centres. According to reports from trade sources, it is certain that the movie will massive opening. But will the movie be able to surpass the record set by Rajinikanth’s Kabali and Mohanlal’s Pulimurugan.

Kabali, released last year, is the highest first day grosser in Kerala. The movie raked in Rs 4.20 crores from the 306 screens in Kerala. Mohanlal’s Pulimurugan, set the record for highest day grossing Malayalam movie registering Rs 4.05 crores. We will have to wait till March 30 to see whether the Mammootty starrer can break these records.

David Ninan’s uber cool bearded look has already become a trend among the youngsters. Sneha is playing his wife, Michelle David in the movie. Kollywood actor Arya will be seen as Andrews Eapen, a police officer in the movie. Shaam, Malavika Mohanan, IM Vijayan, Kammatipadam fame Manikandan Achari and Baby Anikha are also part of the cast.

Gopi Sunder is the composer while Noufal Abdulla has handled the edits. Roby Varghese Raj has wielded the camera. August Cinemas, owned by Prithviraj Sukumaran, Santhosh Sivan, Arya and Shaji Natesan have bankrolled this movie.