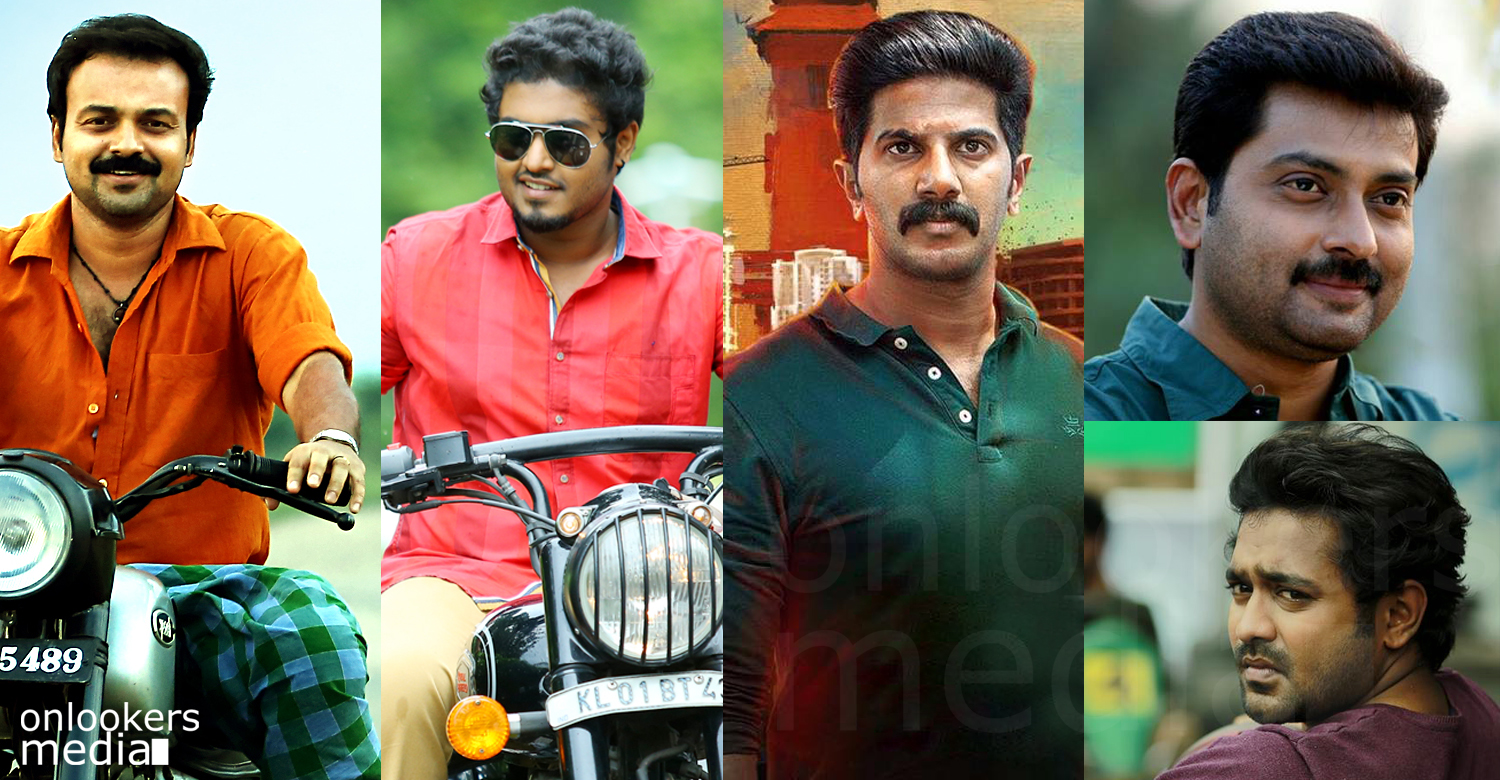 Young Stars to rule Mollywood in May

May month has begun and Mollywood had already witnessed a major release named James and Alice starred by Prithviraj Sukumaran. But it had opened to negative reviews mostly and does not seem to be in a position to create an impact in box office now. But this month is all about Young stars ruling Mollywood, as almost 6 films from Young stars are getting ready to hit the screens from next week. We can check it out which are the films slated for release in this May and what people expects from those films.

Vallem Thetti Pulleem Thetti is a film directed and written by debutant Rishi Sivakumar and starred by Kunchacko Boban and Shyamili. This flick is produced by Faisal Latheef under the banner of Achappu Movie Magic and already generated great hopes among film lovers with its beautiful songs and a fantastic trailer. Shamili’s debut as heroine in Malayalam also invited attention of the audience to the film. Muthugow is the film directed and written by the debutant named Vipin Das and the film is produced by Friday Film House and Carnival Motion Pictures Private Limited jointly. They had produced the successful film Adi Kapyare Koottamani last year and that itself generates great hopes around this film. But the highlight of the film will be the debut of Super Star Suresh Gopi’s Son Gokul Suresh as male lead. Arthana Binu, daughter of actor Vijaya Kumar making her debut as well playing the female lead in it.

This is the film directed by Rajeev Ravi and starred by Dulquer Salmaan. Global United Media produced this film. Rajeev Ravi had directed two films till now and both of them were realistic films devoid of commercial movie elements. Even though they showed certain class in it, both failed in box office. So, on this film as well there is not much hope to do something great at box office. People are expecting a class film from Rajeev Ravi and the lack of support from family audience for Rajeev Ravi films and Dulquer films also brings down the hope on this film. It did not created a great frenzy till now in social media unlike Dulquer’s earlier films like Kali and Charlie. This film is directed by the debutant Ajith Poojappura and produced by Suresh Nair. The film has Narein playing the male lead and artists like Mukesh, Suraj Venjammood etc also playing important roles in it.

This movie is directed by Roshen Andrews and written by Bobby-Sanjay duo. Kunchacko Boban and Jayasurya playing the lead characters in this movie which is produced by A V Anoop under AVA productions. This is a thriller and just like every Roshen Andrews movie, audience hoping for something really classy and fresh on screen.

Anuraga Karikkin Vellam is directed by debutant Khalid Rahman and produced by August films owned by Prithvi Raj. Asif Ali and Biju Menon plays the lead roles in this film and the teaser released already generated expectations around the film. Naveen Bhsakar had written this movie.