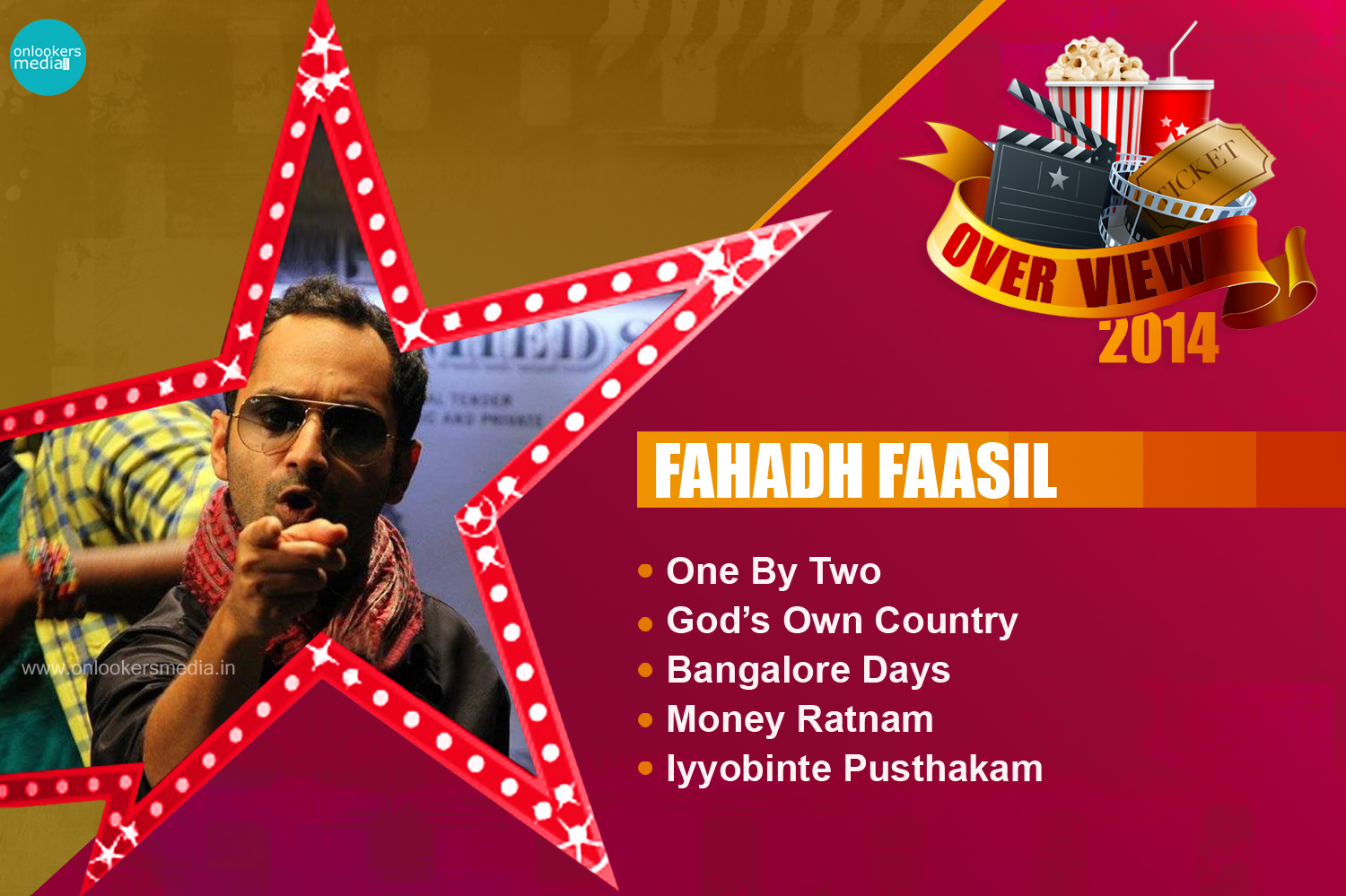 2014, An year with personal happiness and professional sorrow for Fahadh.

Fahadh faasil cannot forget this year 2014 which gave him him a special moment which he can cherish all his life. Because this was the year in which he married to Nazriya Nazim, which was  celebrated by Malayalam film lovers and media alike. He was in the news in most part of the year on this ground. But as actor and a young star, Fahadh will like to forget this year as he had got nothing much apart from a one multistar hit and an average success. He had five releases this year.

One by two
The first one was One by two directed by Arun Kumar Aravind and scripted by Jayamohan. But the film was a dead rubber at the box office.

God’s Own Country
Then comes God’s own country directed by Sanal and it was also ended as a failure at box office. The film has a good star cast including Sreenivasan and Lal along with Fahadh. But the fate was to end up as a failure.

Bangalore Days
His third film this year was the multi-starrer  Bangalore Days directed by Anjali Menon in which he shared screen space with Young stars Dulquer Salmaan and Nivin Pauly. It was really a great combination and the film set the money bells ringing at the box office and ended up as the biggest hit of the year 2014. During the shooting of this film that Fahadh and Nazriya announced that they decided to get married very soon and in the film too they acted as pairs.

Money Ratnam
His 4th film this year was a milestone film of Century films. It was their 100th film and the film is titled as Moneyratnam. But things ended up in utter disappointment as Money Ratnam failed to  bring money Back from the box office and ended up as another flop for Fahad this year. The film was directed by Debutant Santhosh Nair.

He is now hoping for a much better 2015 with some Good projects waiting in the wings for him. We are hoping for his comeback in 2015 and wishing all the very best for a great 2015.