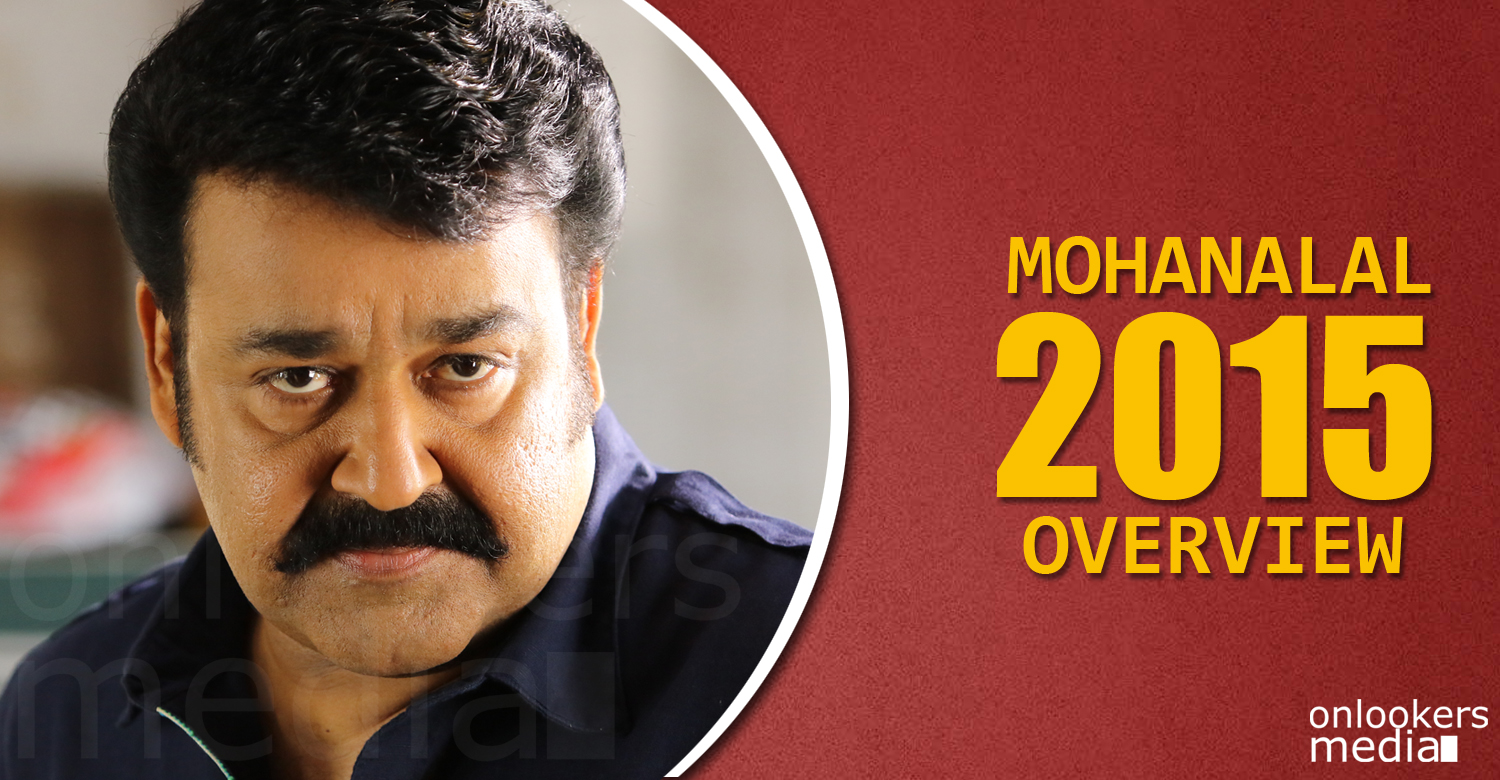 Mohanlal, who is without out, the best actor living in our country today and unarguably the mast valuable star here in Mollywood had gone through a pretty disappointed year in 2015. Even though he showed his box office power through some flicks, the actor in him disappointed many as he had not played any character which challenges him as an actor. He had 6 releases in 2015 and 2 of them are cameo roles. Among the 4 releases of his own, he had two successes and two failures. When it comes to box office success he maintained a fair status. But what makes us all disappointed that not even a single character played by him this year justified his out of the world kind of talent as an actor and the selection of movies also don’t seems going wise. This one is the first film of Mohanlal released in 2015. This was directed by Rajeev Nath and he had played only a cameo in this film as Mohanlal himself. Indrajith was the hero of this film and it was a big failure at box office. Even though we can’t count this failure as his because its not his film. But some says that he should not have done such guest roles in the name of friendship. This flick directed by Sathyan Anthikkad was his second release this year which came in March last week. In box office performance it was a super hit with 11 crore gross and playing close to 9K shows. But have to say that the film is not at all up to the mark when we think of a Mohanlal- Sathyan Anthikkadu film as they had given many classics. This is the Malayalam dubbed version of a kannada film acted by him and it was a failure here. We can’t blame him for that aswell because he just played an extended cameo in it. Kannada films usually does not have any market here and that also affected the film. Even though it was a super hit in Kannada and Mohanlal got appreciation there. The film by Joshiey was a big failure at box office. The film had raised great anticipation before release but failed miserably to impress the audience. Mohanlal had nothing to do in it as an actor or as a star as he had just sleep walked through the film owes to a bad screenplay and disastrous direction. Here again the film selection of Mohanlal have to questioned. This film was a highly anticipated film of this year from Renjith- Mohanlal team. The film followed an experimental style and generated mixed reviews. But Mohanlal showed his box office power and once again proved that in crowd pulling he is the best here. The film had collected a gross above 13 crore and attained super hit status despite reviews which are mostly negative. The film had created a record as well as it had become the highest first day grosser in Mollywood history by grossing 2.16 cr from its first day from Kerala alone. It surpassed Mohanlals own casanovva record of 2.13 cr. Even though the film had something different in it in its story telling, it was also a disappointment for Mohanlal as it had failed in box office as well. The film had only got a gross around 3.5 crores from box office and made no impact critically and commercially as well.

Mohanlal have to understand what he is capable of and had to choose wisely. Financially his films were safe as his crowd pulling capacity is unbelievable. But he is an actor first, then only a star. So he had to choose characters that challenges him as an actor. He had lots of great and big project coming next year and hope that he will be back to his charismatic best in near future.