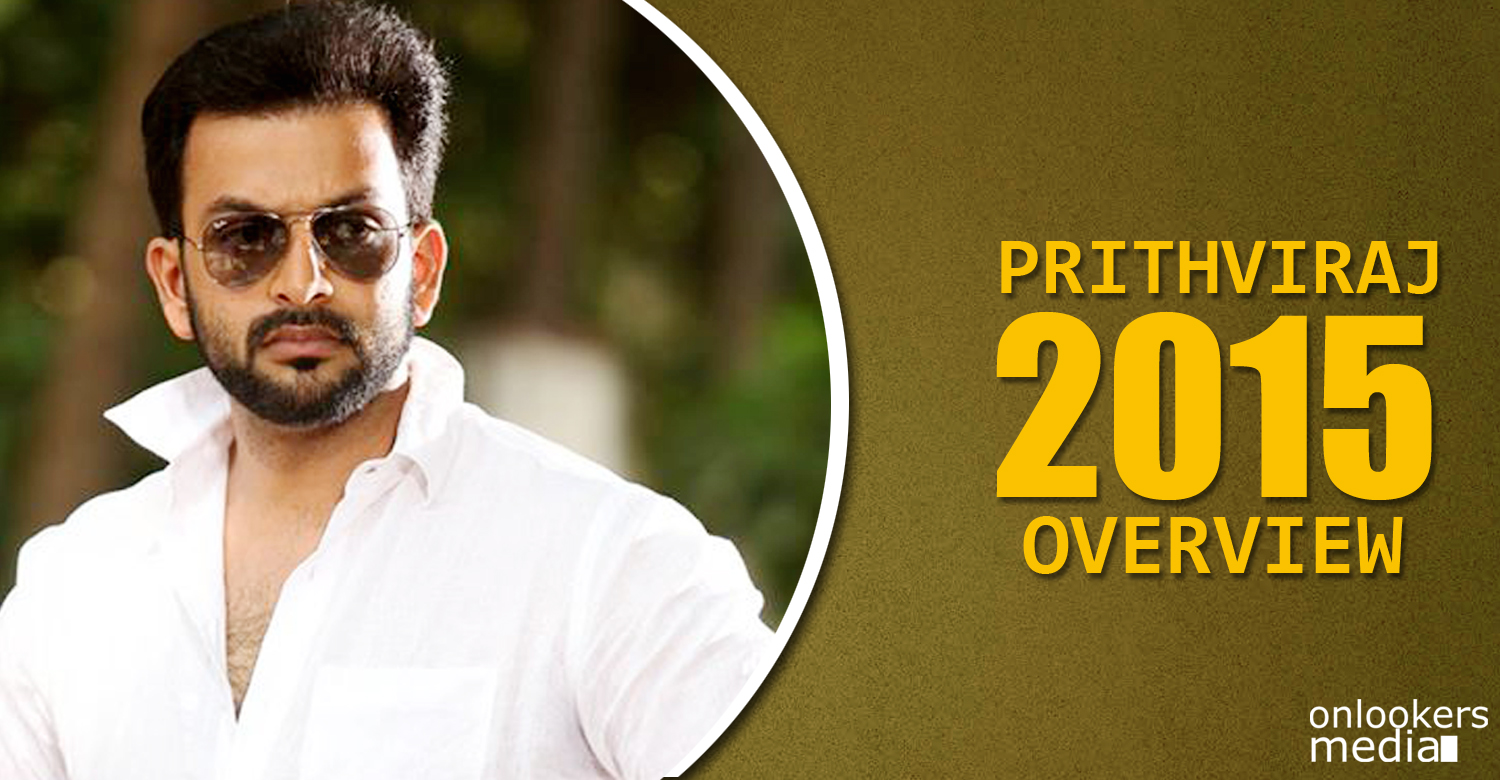 Prithviraj 2015 Overview: A year which is made memorable by Moideen

Prithviraj was in fact going through a lean patch in his career till September this year. It has all started after the success of Sapthamasree Thaskaraha which was a 2014 September release. After that Prithviraj had really longed for a great success and it had not happened till this year September 19. That means he had to wait exactly one year to give a solid hit at box office and when he did that it was something very big. This Major Ravi directorial film was the first release of Prithviraj this year. The film had got good critical appreciation and an average success at box office as well. But as a star it did not much good to Prithviraj. As an actor everybody appreciated his performance as Havildar Hareendran Nair. The film had grossed around 5 crore from Box office. This Shyama Prasad directorial flick was his second release this year and it ha Nivin Pauly along with him as well. Even though it got critical appreciation for his superb acting skills, the film was a disaster at box office much to the dismay of both Prithviraj and Nivin Pauly. As per reports it only did a business around 2.5 cr from box office. This Lijo Jose Pellissery film was a highly anticipated one due to its Multi-star cast including Prithviraj Sukumaran, Indrajith Sukumaran, Arya, Sunny Wayne, Asif Ali etc. It was financed by Prithviraj as well. And to be honest it was the biggest disaster of this year and grossed only around 3-4 crore from box office. The string of box office failures for Prithvi is just over from September 19, the day on which RS Vimal directorial Ennu Ninte Moideen released. The epic love story of Moideen and Kanchanamala had become a classic through this film and it had become the first solo Blockbuster of Prithviraj as well. The film had collected around 40 crore from Kerala alone as per reports and now on the way to become the second biggest hit of All-time in Kerala box office. This Nadirsha directorial Multi-starrer which had Prithviraj, Jayasurya and Indrajith in lead roles had become another Blockbuster of this year for Prithviraj and it had collected more than 30 crore rupees from the box office This one was directed by Sachi and the film got positive reviews all over. Even though it did not made that much impact as Moideen and Amar Akbar Anthony, it also got into the list of successful films of Prithviraj. As per now it had collected around7-8 crore from box office and sure to end up as a super hit

It has to be noted that all the 3 successes of Prithvi this year is with debutant directors like R S Vimal, Nadirsha and Sachi. This year also witnessed him crossing the 100 crore total business mark in Mollywood for the first time by any actor here through all his films released this year as well. What made him different from other stars this year is, he had balanced well with characters that challenges him as an actor and also boost his star value. Hope he will continue his good run next year as well.