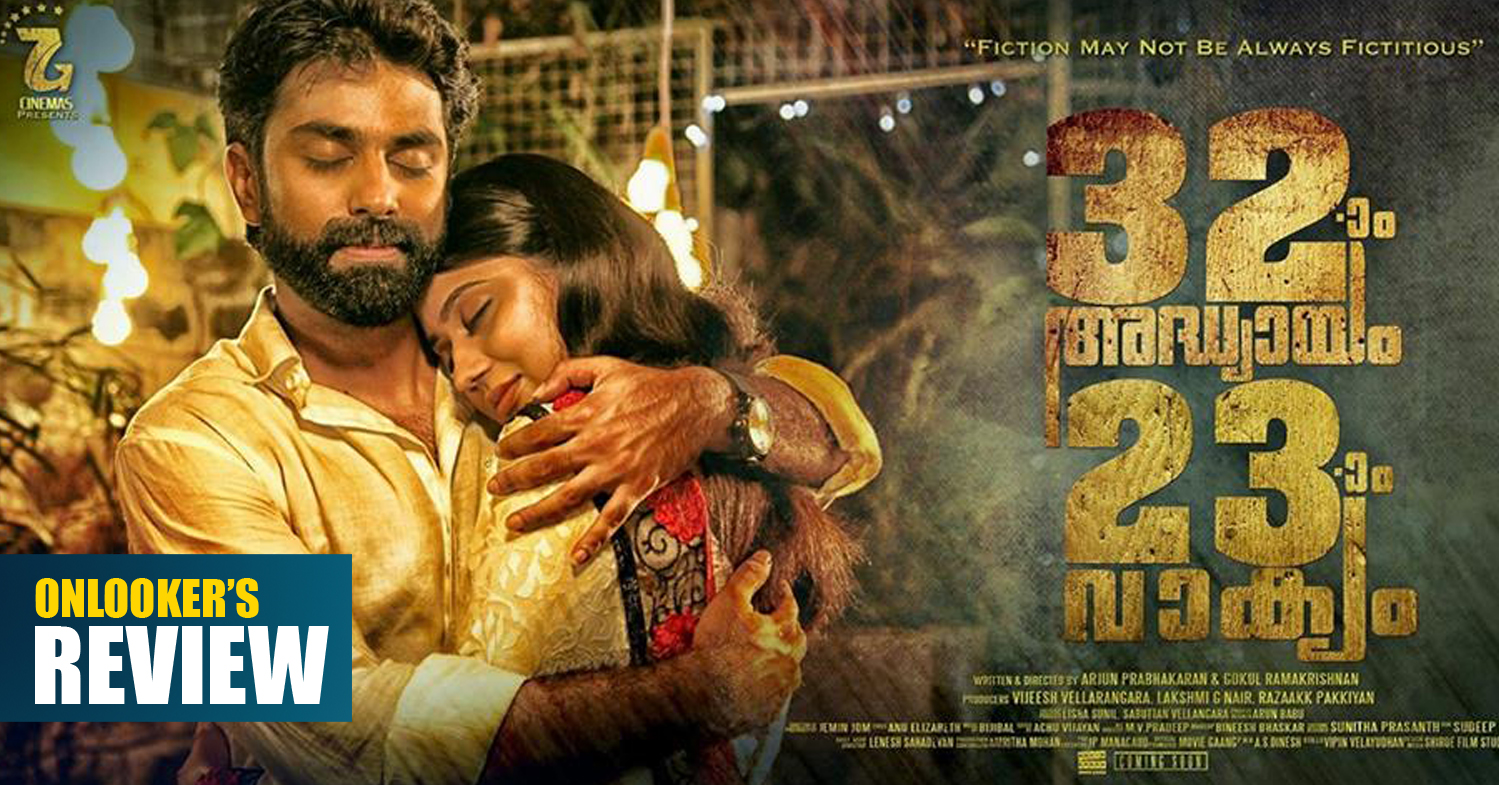 32aam Adhyayam 23aam Vaakyam is the last Friday release in Mollywood directed by the debutant duo of Arjun Prabhakaran and Gokul Ramakrishnan who also happens to be the writers of this flick as well. The film has famous Television anchor Govind Padmasoorya and Miya in lead roles who plays the characters of Freddie and Aan respectively. They are playing husband and wife in this flick.

The film tells the story of some mystery and problems happening in the life Freddie and Aan after Freddie came back from America to celebrate his first wedding anniversary. He come across a book during that time which really turns their life and so many mysterious incidents and problems began to happen in his life and the book provides the answer for all that as well. The content of the book is a key to unfold all the mystery in his life and the book has some biblical connection as well. The crux of the plot is that how he deals with the problems, faces the reality and how Freddie and Aan resolves it at last. The title itself shows the importance of that book in the film and the film moves in the format of a mystery thriller.

But sad to say that the film which begun as a decent one ended up as a failure. Most part of the film the writer-director duo failed to keep up the intensity of the story and the performance of the male lead Govind Padmasoorya was not at all raised up from a below average mark as he really struggled to be Freddie and to keep up the intensity that character demand. A better choice of actor may be lift that-end of the film a bit that was not happened here.And above all this flick is almost an exact copy of the Hollywood film named Number 23 starring Jim Carrey which is directed by Joe Schumacher. That english film is a dark mystery thriller released in 2007.And the Malayalam version not even justify a single portion of the original one and it really made the original one look more better than it actually is.

Miya and actor Lal had nothing to do much in the film and the dialogues in the flick was too dramatic and sometimes dull to say the least. The twist and turns they are created were just damped squibs as they not at all evoked any thrill for the audience at all. The music by Biji Pal was the only saving grace for the film and we will not recommend you to watch this flick as it was indeed a disappointing experiment that will not worth your money.