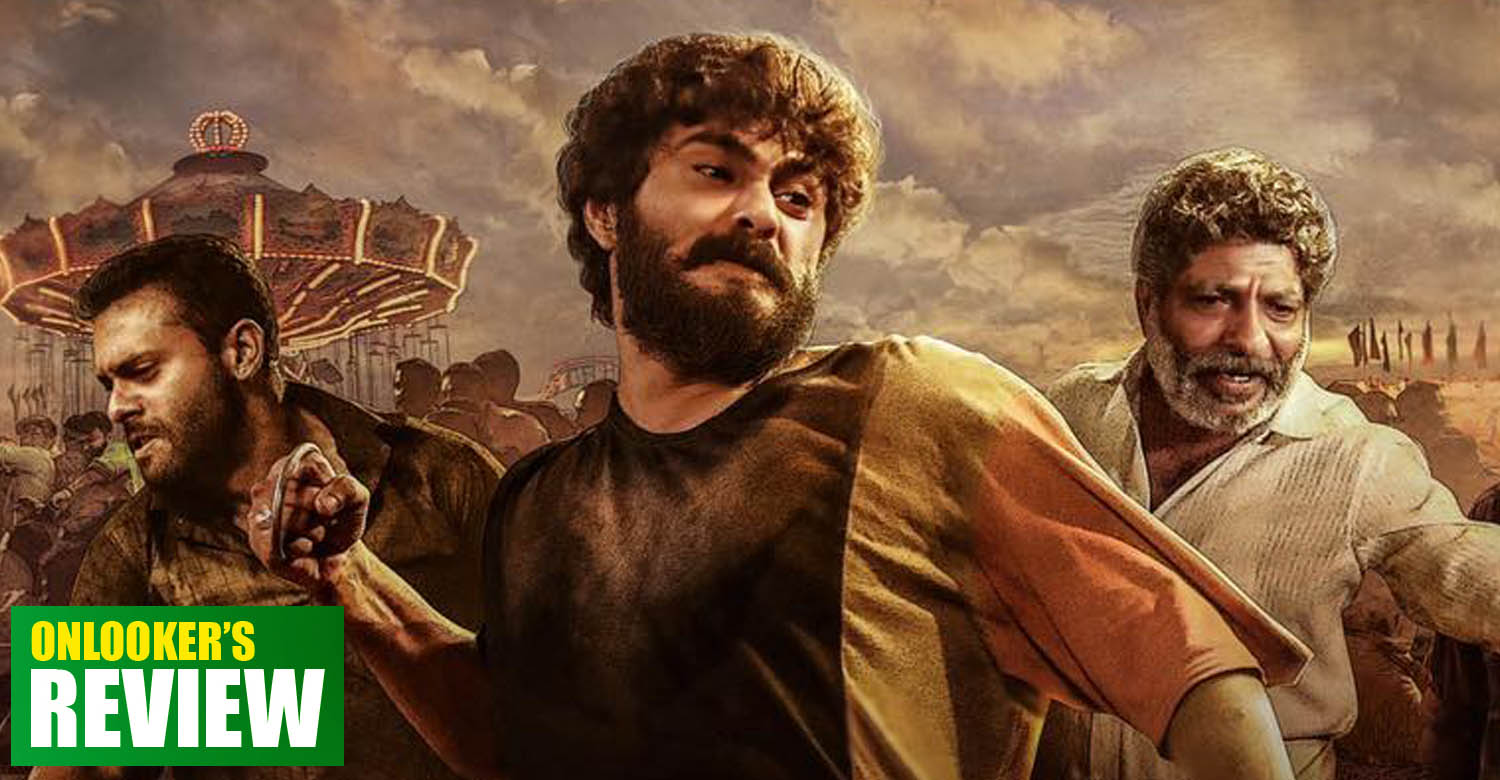 ‘Ajagajantharam’ probably has the simplest of plotlines ever. It is about two groups of young, aggressive men clashing at a temple festival. It is an everyday incident that any average Malayali would have seen or atleast heard in his life. Despite a wafer-thin plot, Tinu Pappachan and his team have dished out a thrilling entertainer that is nothing short of a treat for action lovers. The film is all about action. It is not the gravity-defying kind but realistic yet stylized fight sequences.

Antony Varghese and Kichu Tellus (who has co-written the film along with Vineeth Vishwam) own an elephant named Neysheri Parthan. At a temple festival, they clash with the locals. A group of hot-headed youngsters lead by Arjun Ashokan decide to ‘sketch’ and finish them off. It is an unbelievable story because you have a whole village baying for blood. But the two audaciously brave men are unwilling to back off and they fight it with all their might. They even use the elephant to scare and attack. Do they managed to escape is what this 2-hour-film is about.

‘Ajagajantharam’ has an action mood throughout and it peaks towards the end to end up in a goosebumps-inducing climax. Its ending is very similar to director Tinu Pappachan’s debut film ‘Swathanthryam Ardharathriyil’ where the hero and his team manage to escape from a life-threatening situation after a thrilling chase.

As mentioned earlier, ‘Ajgajantharam’ doesn’t have a great storyline nor an inventive screenplay. It is Tinu Pappachan’s mastery is staging the action sequences that holds the film together. He is aided by Justin Varghese’s thumping score and Jinto George’s brilliant cinematography, that instantly reminds one of Girish Gangadharan’s work in ‘Angamaly Diaries’ and ‘Jallikkattu’.

In short, ‘Ajagajantharam’ is a film that can be enjoyed on a big screen for its action sequences alone. The film has loads of it.

Minnal Murali Review: This local superhero is a winner!
Madhuram Review: As sweet as it can get
To Top