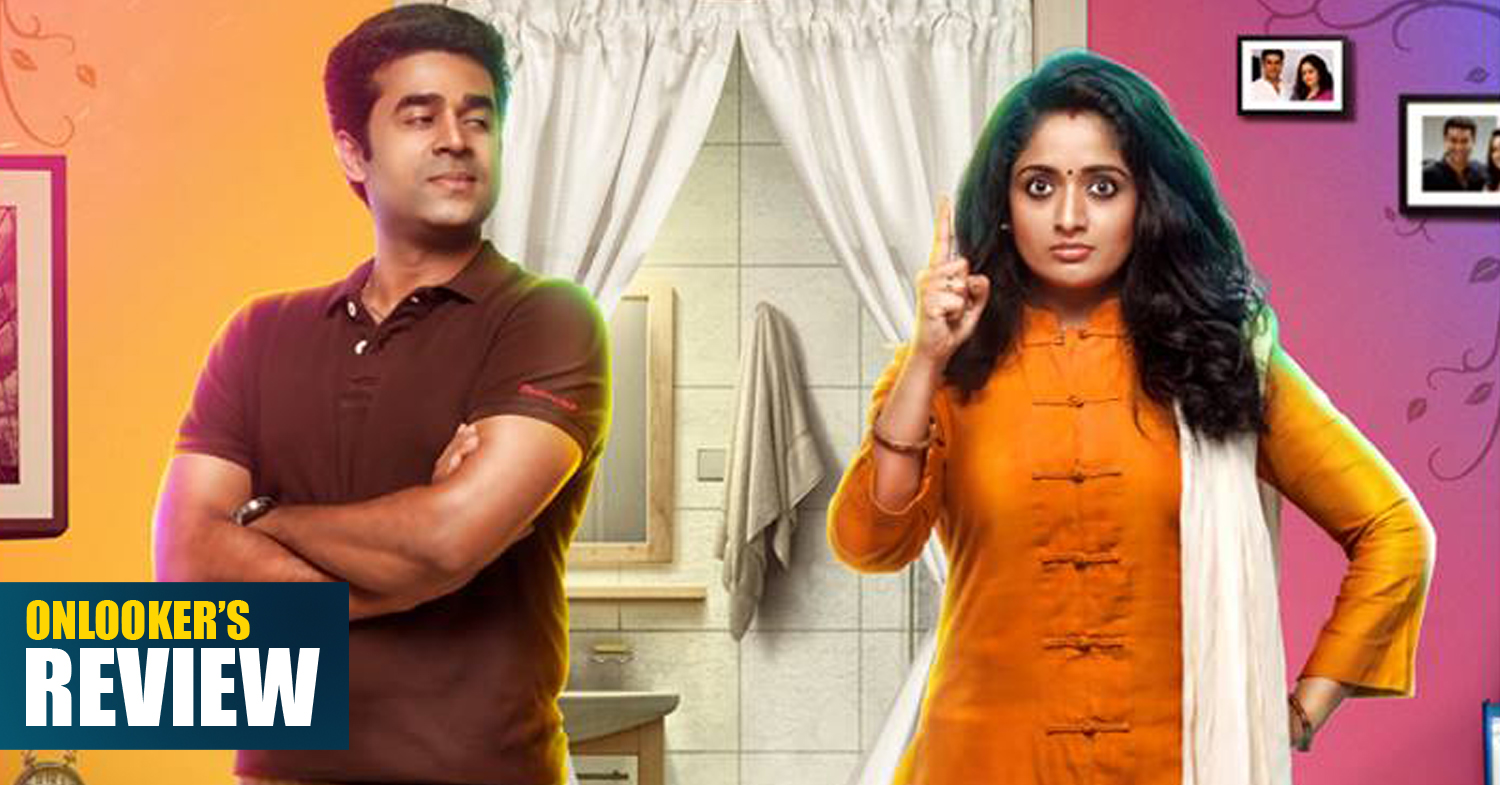 Akashvani is one of the two releases that graced the silver screens of Mollywood on this Friday and it is indeed an anticipated release as it came with a notion that actress Kavya Madhavan, who is one of the most popular actress of aAll-time in Mollywood, is making a comeback after a lay off. The male lead in this film is Vijay Babu and he is playing yet another hero role after the great appreciation he got through the lead character in Neena directed by Lal Jose last year. The film was directed by Khais Millen who is a debutant and written by Vinod Jaya Kumar. The producer of this film is Praveen Arackal and he had produced this film under the banner of Royal Splendour Creations.

The film tells us the story of a husband and wife named Akash and Vani played by Vijay Babu and Kavya Madhavan respectively. Both are having family problems because they don’t get much time to spend with each other as they are busy with their respective jobs. Akash is a popular builder and Vani is working a Television Channel as well. So the movie moves forward with their efforts to resolve the issues. But some events follows and the films shows us what those problems are and how they cops up with all that problems. Khais Millen had made a decent debut through this film. Even though it does not have anything extra ordinary or anything that we never saw before, it had a something in it which keep us engaged most of the time. The simple narration helped the subject to reach to the mind of the audience and he did good in telling the story without an overdose of emotional scenes.

The screenplay was pretty decent as well. Even though it had many clichéd scenes and situations, it never really made you yawn by sitting in the cinema halls. They told what they have to tell in an honest way without much complication. Vijay Babu had again did a great job as he looks perfect as Akash. His dialogue delivery and all that was very much convinced the character. Kavya Madhavan had also made a good comeback as she had done justice to her talent by playing Vani, giving all justice to that character.

The performances of other actors like Saiju Kuruppu, Lalu Alex, Sreejith Ravi, Sethu Lakshmi, Sandra Thomas, Anjali Aneesh Upasana, Lijo Jose Pellissery was also convincing. Music of the film was created by three people named Anil Gopalan, Anna Katharina Valayil, Rahul Nambeeshan etc and they had done only an average show. DOP was done by Indrajith S and he too had not disappointed us.

Akashvani is a decent family entertainer which gives you some fresh moments and at the same time some forgettable moments as well. It depends on the spectators, how to take it.