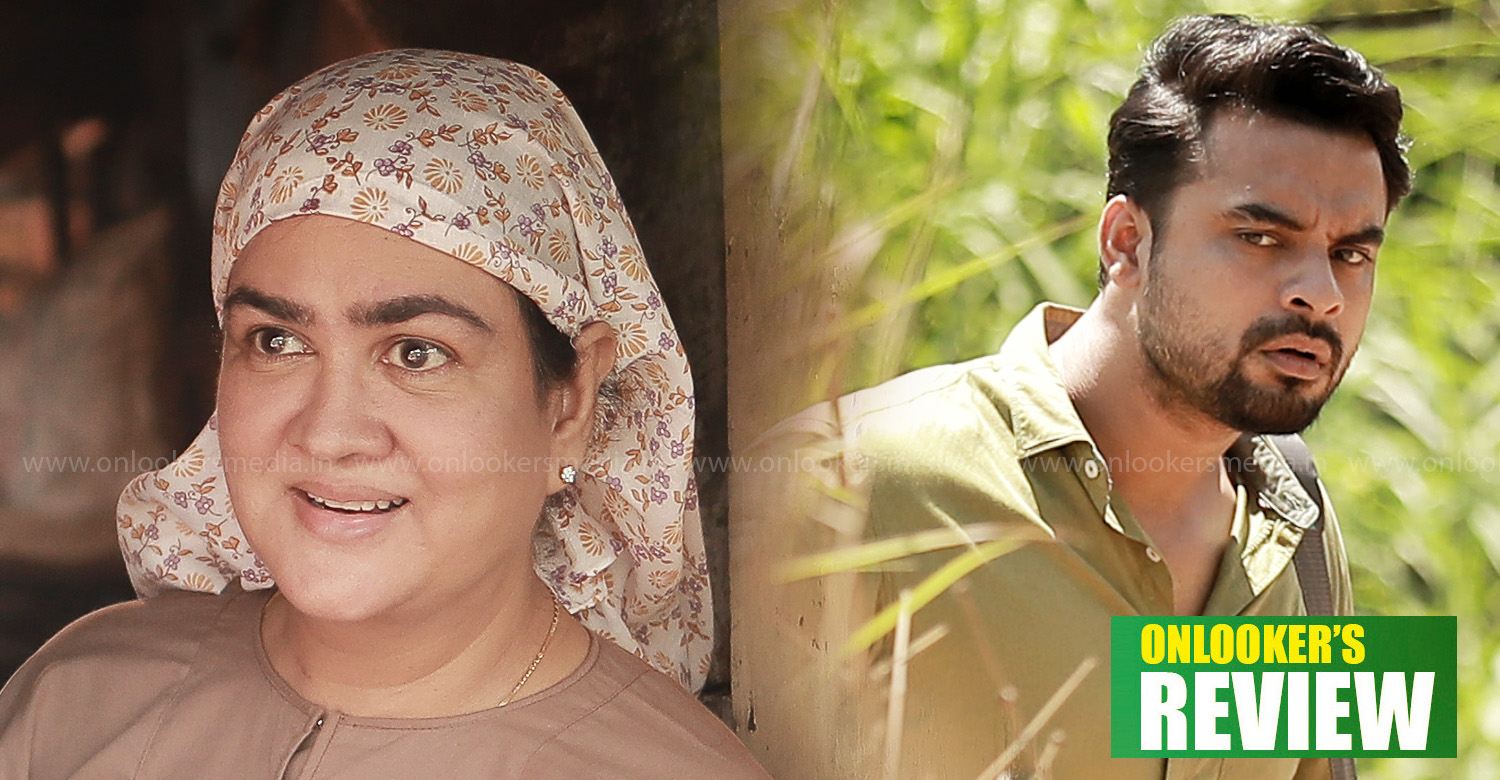 Ente Ummante Peru Review:Urvashi is the life of this familiar drama

A bereaved son in search of his mother, whom he has never seen in his life. A very simple plotline based on which umpteen number of movies have been made in several languages in the past. ‘Ente Ummante Peru’ also follows this path but it works overall, majorly due to the cracking chemistry of the two lead actors – Tovino Thomas and Urvashi.

So we have Tovino as Hameed, the single heir of Hyder Ali, an affluent businessman. After Hyder passes away, Hameed is left stranded as he doesn’t know anything about his mother and has no other relatives. A determined Hameed then sets out on a journey to find his mother. Whether he manages to reach her forms the rest of the plot. Debutant director Jose Sebastian has done a fair job in trying to tell a story that doesn’t have a novel element in it. The narrative unfolds slowly and takes real shape only after Urvashi enters the scene. The veteran has easily towered over all the other actors with her fantastic performance as the mischievous Aishumma. It is a role tailor-made for her, and she pulls it off with such aplomb. Tovino seemed like repeating his guy-next-door performances from ‘Theevandi’ and ‘Godha’. But his chemistry with Urvashi has worked big time and that saves the movie to a large extent. Sai Priya, the newcomer who is paired with Tovino, hardly has anything to do and fails to make an impression. Mamukoya, Dileesh Pothan, Siddique and Hareesh Kanaran have done their parts well. The screenplay by Sarath R Nair and Jose Sebastian is mundane and lacks the engagement factor. Several sequences in the latter half are added just like that and lacks coherence. The drama is ordinary and relies heavily on the performance of its two lead actors. Urvashi’s performance is the backbone of the film and she almost single-handedly lifts it from going down.

Overall, ‘Ente Ummante Peru’, despite its lack of freshness, is a good timepass watch for families this holiday season.

2.0 Review: A visual extravaganza like never before in Indian cinema!
Njan Prakashan Review: Another smooth Anthikadan wine
To Top