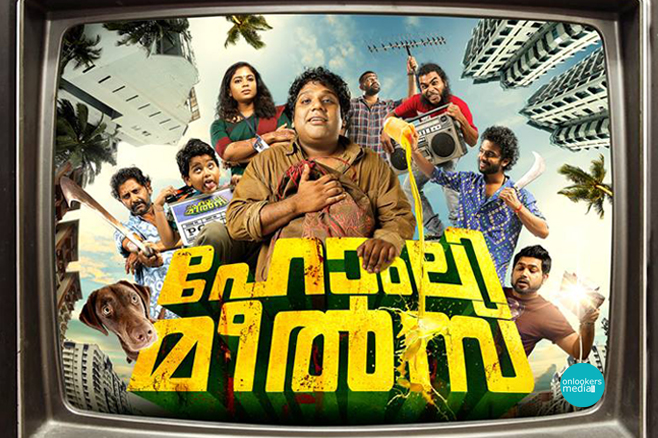 Anoop Kannan looks to come back with a bang after his film Jawan of Vellimala failed t o create vibes at Box office. The movie features a young talent Vipin Atley in the lead role who also takes part in the movie as a scriptwriter.

The movie tells the story if a educated young man-Alan (Vipin Atley)- whose ambition is to make his presence felt in visual media and cinema. He conceptualized a new idea which could be used for TV programmes. He shares his idea with Sajith (Kailash) who works for a channel managed by CEO who is also a priest Fr. Dixon. Sajith convinces the channel heads to carry on with the idea and the first episode goes in air but Sajith back stabs his friend and claims that it was his idea. However, Sajith fails to come up with ideas for their second episode and CEO Father Dixon Calls Allan and entrust him with the responsibility of organizing the next episode. However, the head of the programmes Sarath Chandran (Manoj K Jayan) develops a strong feeling of dislike for various reasons and uses his power to stop Allan from filming the next episode. Alan’s determination and assistance from as group of gangsters lead by Palarivattom Mosappan (Rajesh Sharma) who consider him as their good friend aid him in completing the episode. Shrinda plays the female lead in the movie who appears in the movie as Nanditha who is a news reader. Sudheer Karamana, Joju, Sabitha Anand forms the other cast of the movie.

The concept of the movie lacks novelty as the plot has been made the main thread in numerous movies like Udayananu Tharam.  Anoop Kannan had definitely made an attempt to make his film look different from others but at various points the movie shows obvious resemblances with Udayananu Tharam.   Atley’s script shows lack of experience even though it is surprisingly good at various occasions. the story happens in 2002; we come across modern technology at some points which is a serious character. However, one of the positives of the movie is its hero who has nothing traditional in his character and Atley seems to be appropriate for the character. Shrinda unfortunately has nothing much to do in the movie but she does her part well. Mano K. Jayan’s character seems to have certain stereotypical villain traits but his outstanding acting capabilities saves it from being bored. Nedumudi Venu provides us with some comic sequences and he beautifully picturises a priest who tries to balance his religious faiths and his duties as a CEO. Rajesh Sharma certainly has impressed everyone with his performance as a gangster.

Altogether, The movie is an average one with sparks of brilliance here and there but fails to maintain it to the end.