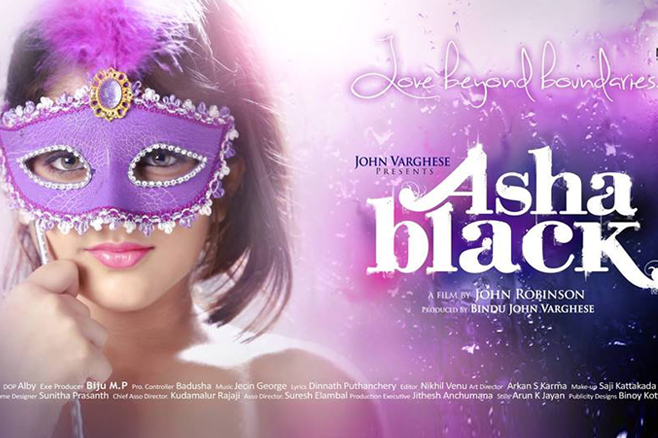 Asha Black is the first directorial work of John Robinson which has a youth centered theme. The director revealed that the story struck his mind following an actual incident occurred in the life of a teenage girl. The film has Arjun Lal who was last seen in the movie Thanmathra where he shared the screen with Mohanlal.

The movie embarks on the unseen dangers of internet friendships and how it can disintegrate you life and yourself. Ishita plays the love interest of Arjun in the movie.  Arjun enacts the role of Rohit who manages a music band in Coimbatore. He has girlfriend by the name Asha Black whose whereabouts are not known to him. He has not even got an opportunity to meet her as she is in Malaysia. But, finally he is done with waiting and he goes to Malaysia just to meet her. But his visit to Malaysia does not exactly turn out to be a romantic trip as he  comes across bewildering experiences and concealed secrets about his lady love. Sarath Kumar, Devan and Manoj Kumar takes part in the movie as other important roles in the movie.  The movie is dubbed in Tamil as well.

John Robinson seems to have created the movie with a good intention nod delivering a strong message to society. But the film is a poor demonstration of the message as the story has no depth and intensity. The second interval is annoying dragged and beat around the bush which makes it hard to keep our interest alive. Though the movie has an undertone of suspense, everything becomes too obvious much earlier to wait for the climax with bated breath. Even a small kid can foresee where the film is leading us to.

Arjun got highly positive reviews from the fans for his performance in Thanmathra. It was his brilliance in the movie that made fans talk about his character as much as they talked about the main character. In fact, it would not be an exaggeration to say that a good portion of the fans went to watch Asha Black because they expected something huge from this up and coming actor as he was coming back to screen after a break. But, to the fans dismay, Arjun lal has made a poor choice for the come back as the film has nothing extraordinary as compared to Thanmathra. Even his performance seems to be a step down from his previous one.

Ishita, however, fares well as Asha Black who goes through various emotions in the movie. Sarath Kumar, Manoj and Devan limp walk through their characters owing to the lack of extremeness in their characters. It they had not the practical knowledge solid enough to cover up for the weakness of the characters, nothing could have saved them from being mundane and irrelevant. Asha Black dashes the hopes of the audience who had put their confidence in this movie.