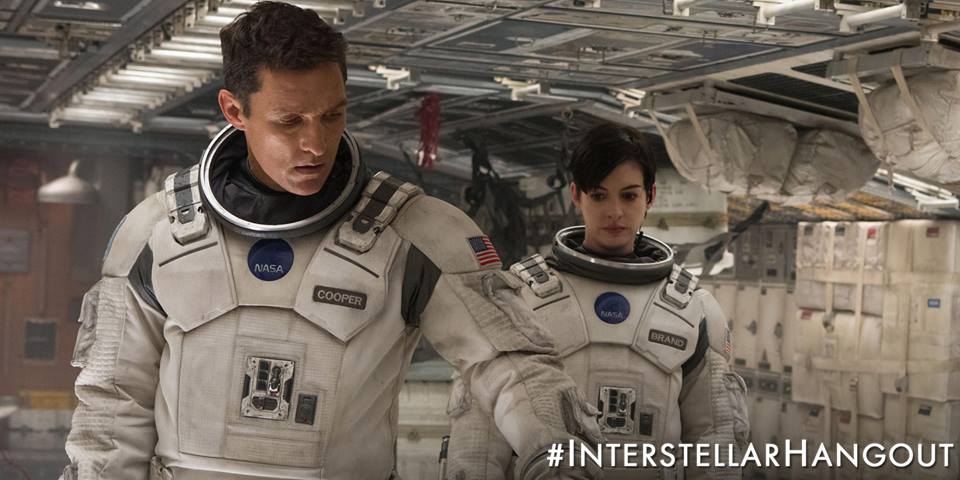 It has been a widely used quote recently “In Nolan we Trust”,and here he is again,to outdone himself,with his Interstellar exploration.
Interstellar in every way can be considered as another masterpiece by Nolan.Because it excelled both literally and technically beyond the constraints.Interstellar in a way is a deep and complex sci-fi thriller while at the other end is an emotional testimony.

The story of the movie centers on the tile character Cooper(Matthew McConaughey ),who was a skilled pilot at NASA who at present earns through farming.The premise of the motion is st out somewhere far at future where the world almost not better than a junkyard with periodic dust storms occurring every day,with only corn as the only surviving surviving crop is almost tending towards its end.But then came an offer for Cooper for an expedition all out to space.Since it was considered as the last chance for saving the mankind Cooper agrees for the leap of faith,which inversely results in the parting of Cooper from his daughter Murph.Their on Interstellar fly high to a world of unexplored , infinite theoretical and scientific fiction.

The greatest quality Interstellar possess is it jaw dripping and sharp craft(both direction & scripting) where the director embarks his sheer brilliance on screen.The slow paced start of the movie slowly sucks the audience into an expedition of hope & humanity like a wormhole.There on we got deeply stuck in the idea and start searching for another planet of his own,where faith and hope lasts as the only resources.The dark and mild tone maintained throughout the movie mold the audience exactly to where its intended to.Its highly witful and fruitful dialogues ,enigmatic screen shows by Matthew McConaughey and heart wrenching emotional backdrop lifts ups the movie to the fifth dimension of cinematic experience.

Since its a Hollywood movie,it doesn’t usually gives space astonishment for its technical brilliance it yields.But still its where at its most authentic and unique visualization of the wormholes and the Interstellar space where the movie scores.And that is exactly where it go beyond every other products out of this huge canvas.May be the narrative mastery of Nolan is at level two in Interstellar,but its best at what it demands to.As if no one else yet haven’t crafted a subject this complex and scientific with this finesse.Even if the basic idea had already been tried on silver screens, its when talent get mixed up to a subject it heaves to another entity.

The convolution of the subject deserves more than a one time watch to grasp a clear picture of the movie but either Interstellar is a blend of a lot of peculiar and unparelled moments which we had ever witnessed with Christopher Nolan at it captaincy is as always is phenomenal.