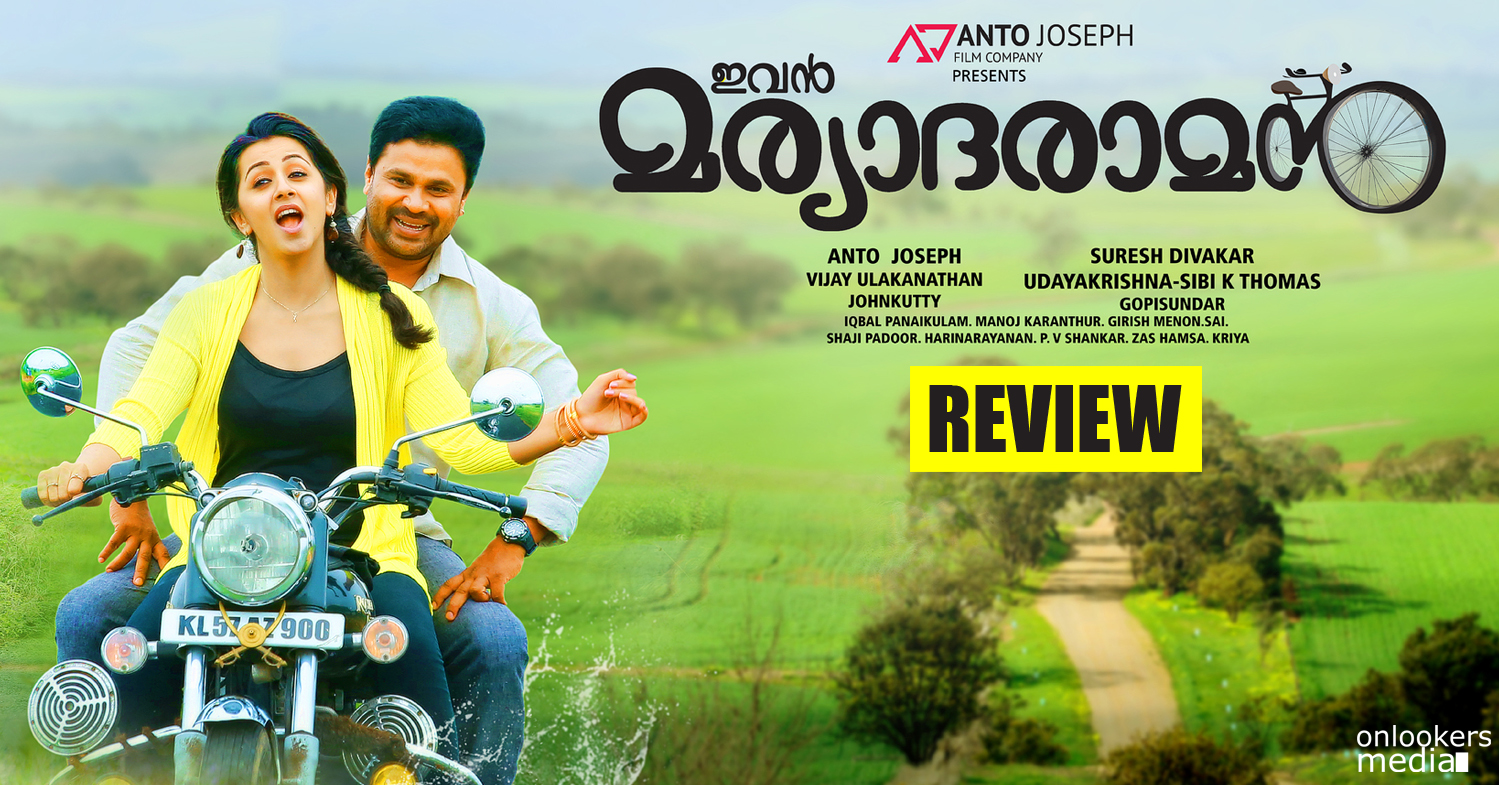 Popular actor Dileep’s much awaited big budget film Ivan Maryada Raman had released today and it is releasing in a time time when Dileep needs a hit very badly to keep his popular actor tag safely. His last few films were not done very well at box office and his fans are pinning their hopes on this one. Usually Dileep films does very well at festival seasons and his last hit film too released in last year’s Vishu season which was Ring Master directed by Rafi. After that he lost his way with some flops and now another Vishu season had come his way to set all that mistakes right with a huge success for which he is capable of.

This film Ivan Maryada Raman is the official Malayalam version of S S Raja Mouli directorial Telugu film Maryada Ramanna which was hit the screens in 2010 and was a great hit at telugu Box office. The film had remade to Tamil, Hindi, languages etc and were well received everywhere it had been remade. The original root of the film had come from an English Silent film named Our Hospitality which was released long years back or in 1923 to be precise.

The mollywood version of the above mentioned Telugu film is directed by the new comer named Suresh Divakar and financed by Anto Joseph under Anto Joseph Film company. The adapted screenplay of the film has done by Udaya Krishna- Sibi K Thomas and the department of music was handled by the national award winning music director of mollywood, Gopisundar.

The story of the film revolves around Raman who happened to came to the village called Ravanapuram where his father was murdered and the ones who killed his father waiting for the arrival his son there. Without knowing all these Raman comes there and that too along with the daughter of the one who is waiting to kill him. He happened to come to their house but can’t be able to step out the house because if he did so he will be butchered to death by those enemies. They wow not to shed blood in their house. The whole film tells how Raman manages to stay in the house and how the problems get complicated when Krishna, the daughter of his enemies began to love him as well.

The DOP of the film was none other than Vijay Ulakanadhan and edited by Johnkutty. Nikki Galrani who is been considered as the new lucky charm of mollywood is playing the female lead in this film. Dileep as Raman did his best as usual and Niki Galrani looks pretty as Krishna. Add to this all other actors also performed their part well and Gopi Sundar’s background scoring was very good. The film is very much better from Dileep’s last releases and also does not have any double meaning type of comedy which embarrasses the family audience.

The film does not have anything extra ordinary in it and it may also not very pleasing to someone who already saw the Telugu version from which this has been made as far as we are concerned it has not raised up to the quality of the Telugu version. But it does not disappoint the family audience who wishes to relax and get entertained by going to a cinema hall. We cannot predict what may be its fate in the box office and it will purely depend on the response of family audience who will come to theater from the next days onwards. The Mouth publicity is what matters now for Ivan Maryada Raman.