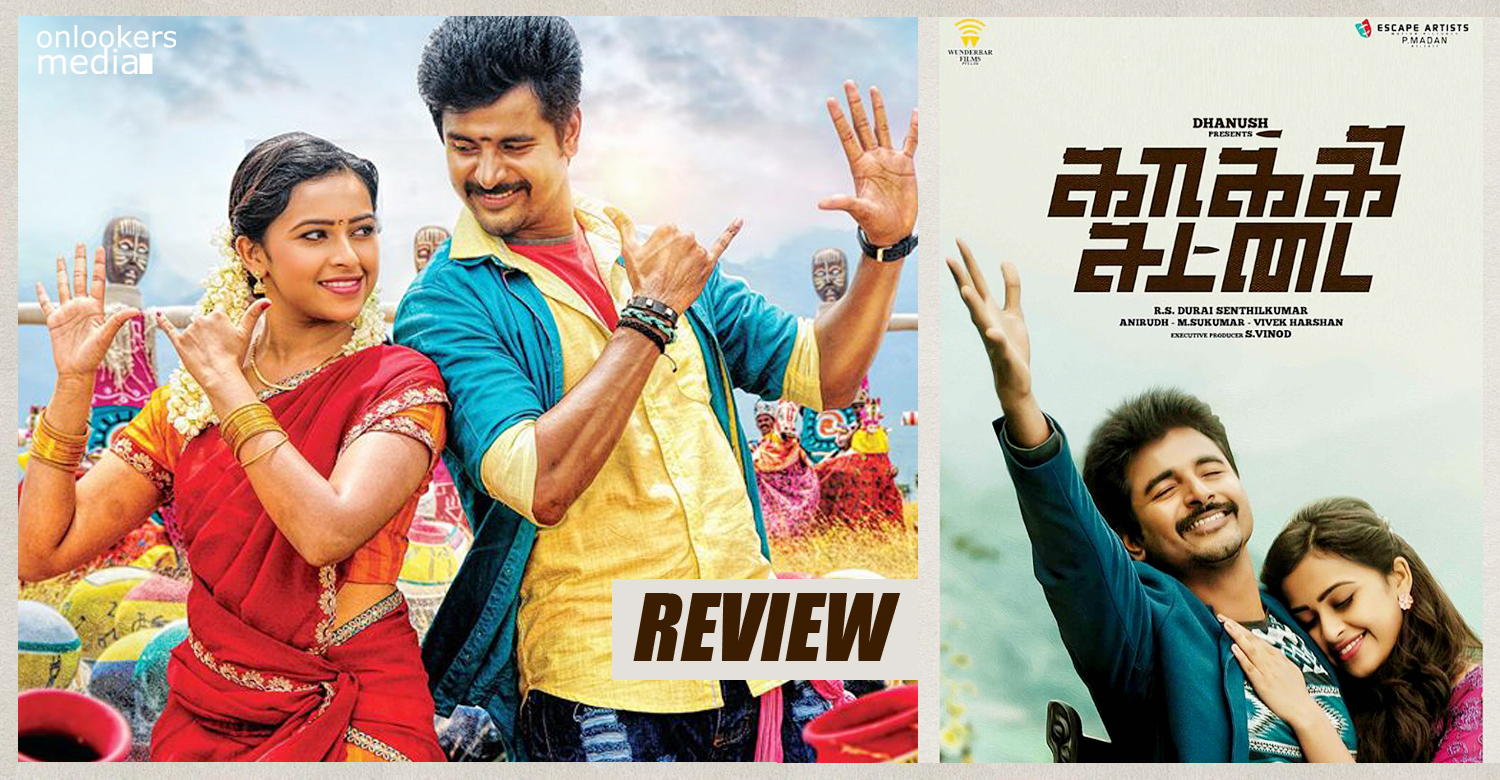 Kaaki Sattai is the latest Kollywood release starring Sivakarthikeyan, Prabhu and Sri Divya and the film is directed by R S Durai Senthilkumar and produced by none other than the young Kollywood actor par excellence Dhanush. The story and screenplay of the film is also written by R S Durai Senthilkumar. Sivakarthikeyan is playing the role of a cop and it an important decision in the career of an aspiring Young mass hero.  Sivakarthikeyan fulfilled that dream through this film, Kaakai Sattai. Sivakarthikeyan is a kind of actor who can handle comedy with great timing, innocent boy next door mannerisms and the actor has the skill to make the audience move with his character by using his great and energetic screen presence. Sivakarthikeyan done this with elan in Kaaki Sattai and the police uniform looks very fit for him.

The film has given prominence to the comedy element with the presence of actors like Imman Annachi and  Mayilsamy and also Siva Karthikeyan himself keep the spectators engaged with their comedy numbers and oneliners. When Mano Bala enters the scene in the second half of  the film the film loses its grip a bit in comedy as the spectators can feel that it is more than enough and there are many unwanted scenes. Even though the villain of the film begins as a strong character but the usual scripting pattern just made him a cliched character towards the climax portions and it really pulled down the film.

Even though the film has some interesting investigating scenes and something thrilling it does not allow the spectators to immerse into the story fully due to the loose ends of the script. And also the placement of the songs are not all done correctly as the songs comes one after another in quick succession. But the music was good and the beautiful visuals by cinematographer Sukumar and great dance steps by Sivakarthikeyan make the song enjoyable for the audience.

Other actors in the cast list like Prabhu, Sri Divya and Vijay Raaz has done their part to perfection and it has to say that Prabhu stole the show at many points with his awesome screen presence. Others like Manobala are just been typecasted and had nothing much to offer to the spectators as well as to the story. As the head of the music department Anirudh had done a great job with his songs and also with his terrific back ground score.

Sivakarthikeyan had done well as he danced well, fought well and also smoothly handled the comic portions. But the story is not handled very well by the director and that is the main factor that pulled down the film. It is not at all a boring affair. But not raised up to the expected level and just remained to a group of one-time watchable average mass masala flick.