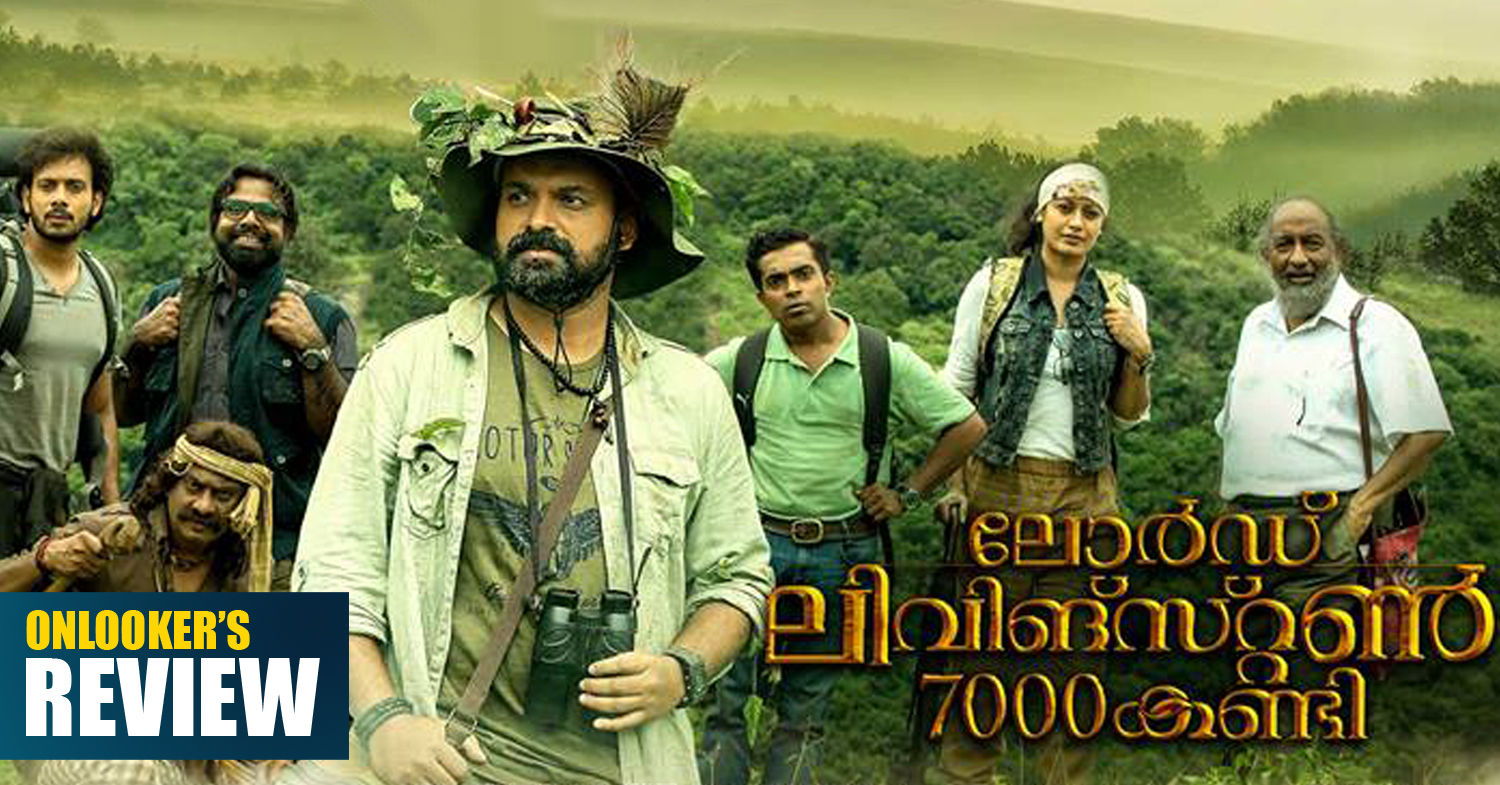 Lord Livingstone 7000 Kandi, a title itself which gave you all the curiosity to know what is it and if it’s the title of a film then the curiosity will be over only after watching the film. Yes, it’s the title of a film indeed and that too of a Malayalam film. Now the curiosity raises and from today the curiosity can be ended as today the flick has been released all over. It is the third directorial venture of critically acclaimed, national award winning director Anil Radhakrishna Menon who also made all his films a success in Box office as well. We think you all remember about 24 North Katham starring Fahad Fazil and Sapthamasree Thaskaraha starring Prithviraj, Asif Ali, Neeraj Madhav, Nedumudi Venu, Chemban Vinod etc.

Lord Livingstone 7000 kandi is the first ever production venture Global United Media who was instrumental in the big release of gigantic films like Shankar’s ‘Ai’ and SS Rajamouli’s Baahubali here in Kerala. Lord Livingstone 7000 Kandi is an entertainer as well as a film which gives you a serious thought. If we have to say about the story then we have to say that it does not focused on a single hero but on 7-8 different characters who all has their own space and importance in the story line. The film is dealing with a fantasy subject but at the same time has all the chance of happening at any time in our current situation. Kunchacko Boban, Bharath, Nedumudi Venu, Sudheer Karamana, Chemaban Vinod, Sunny Wayne, Jacob Gregory, Reenu Mathews etc are the main characters and above all a forest that plays the central part of the story.

The story kicks start when Philipose , the character played by Kunchacko Boban invites some others to Lord Livingstone 7000 Kandi to fight for it. Anil Radhakrishna Menon had once again proved why he is been now considered as one of the best film makers in our current times. He once again sizzled with a great thought provoking as well as entertaining screenplay and the direction part was brilliant as well. The mark of a great director can be seen in every frame of the film and in the perfect mixture of fantasy element with the realistic approach to the theme in the depth of the story. Jayesh Nair’s DOP was astonishingly beautiful and this man is bound to miles and mark our words for that.

Rex Vijayan had composed the music and he deserves applause for creating the perfect rhythm for this film considering the story and moving forward of the film in its unique way. Manoj Kannoth’s editing was also superb and we have to say that he had blended the visual very well. The VFX part used in the film is one of its highlight as it had done neatly and at places done amazingly well giving a classic fantasy film touch to the film. Another highlight was the art direction and the sets made and it was fantastic to say the least. When it comes to performance no body let us down as everyone just made their part look really convincing and the ones who come at the top is Nedumudi Venu and Sudheer Karamana.

Lord Livingstone is reminder really for all of us that it’s the time to protect the nature and the treasure it has. This one is a well crafted film which will be a very different experience for you which you never got to see in a Malayalam film till now. Don’t miss it because the success of this film can bring a great change in our industry’s thoughts and deeds.