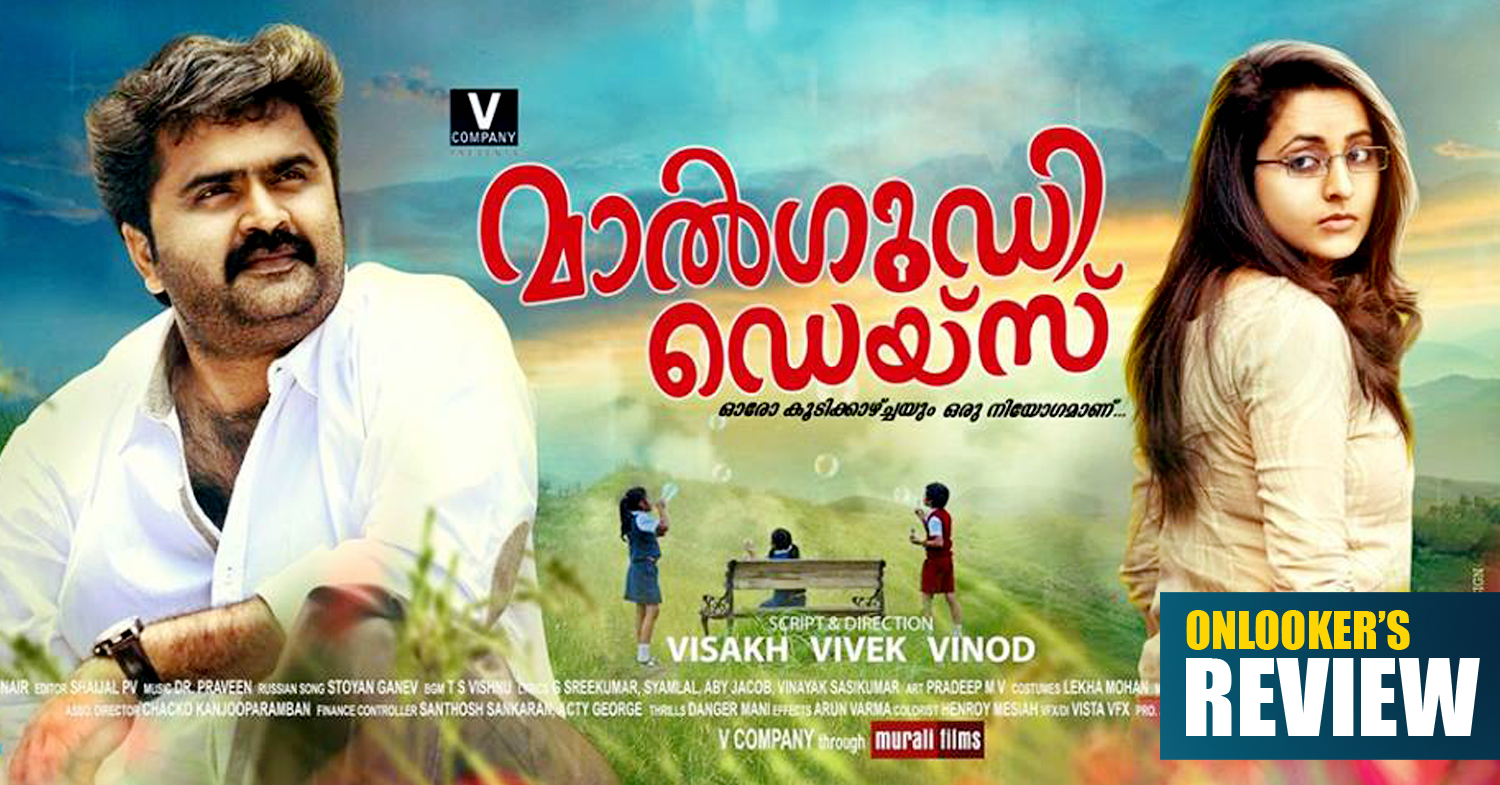 Malgudi Days, the latest Malayalam release this week in Mollywood. The flick has been in news for a while mainly due to its title that evokes great nostalgic feeling in us and the unique thing that a director trio is behind the making of this film, probably for the first time in India. The flick has been directed and written by 3 siblings Visakh, Vivek and Vinod. Anoop Menon and Bhama playing the male and female lead in this along with two child artists who plays the central characters in the movie. The flick had been financed by V company.

The plot revolves around two children named Milan Joseph (Vishal) and Athena (Janaki). Athena lost her father in an accident when he was drowned in sea while playing with his daughter. That affects the child in a big way and she suffers a mental shock because of it. Then she was admitted in a school named Malgudi as per the advice of one of her mother’s friend. There she meets a boy named Milan and they become good friends. Once while they were playing, their ball went to a forest kind of area and when they follows the ball, they find the character played by Anoop Menon named Zephan who is badly injured. They helps him and from there the story takes a turn by focusing the life of Anoop Menon’s character in which he tells them how he happened to be in that condition and later on an incident that happens in the life of the children.

It has to say that the real life incident that happened in Nagaland way back in 1992 is presented by the director trio with utmost honesty. The screenplay was intense and the narration was engaging. It never made the audience yawn inside the cinema hall while keeping the emotional intensity of the plot. Anil Nair’s DOP was superb and was the real highlight of the film. Editing was decent but it may be great if a bit more precise at some points.

On performance side, the child artists who played the characters of Milan and Athena were superb. They really done justice to the central roles they had given. Anoop Menon was at his best in the film. The easy way in which he carries the character is commendable. He was very easy at the same time carried all the emotional struggle of the character in his shoulder in a brilliant way. Anoop was just living as the character than playing it. Bhama did not have much to do in it and other artists like Saiju Kuruppu, Priyanka Nair, Irshad, T P Madhavan etc played their part very neatly as well. Dr. Praveen’s music was melodious and really gelled well with the atmosphere created in the film.

We can say that Malgudi Days is an honest attempt to give us something very different and the trio of Vivek, Vishak and Vinod had succeeded in giving it. It was a really good entertainer as well as a film which gives us a message about parenting. It also shows certain social situation where innocent people have to pay for the crimes committed by some others. In Total. Malgudi days is a winner in all sense and will never disappoint you as a film lover.