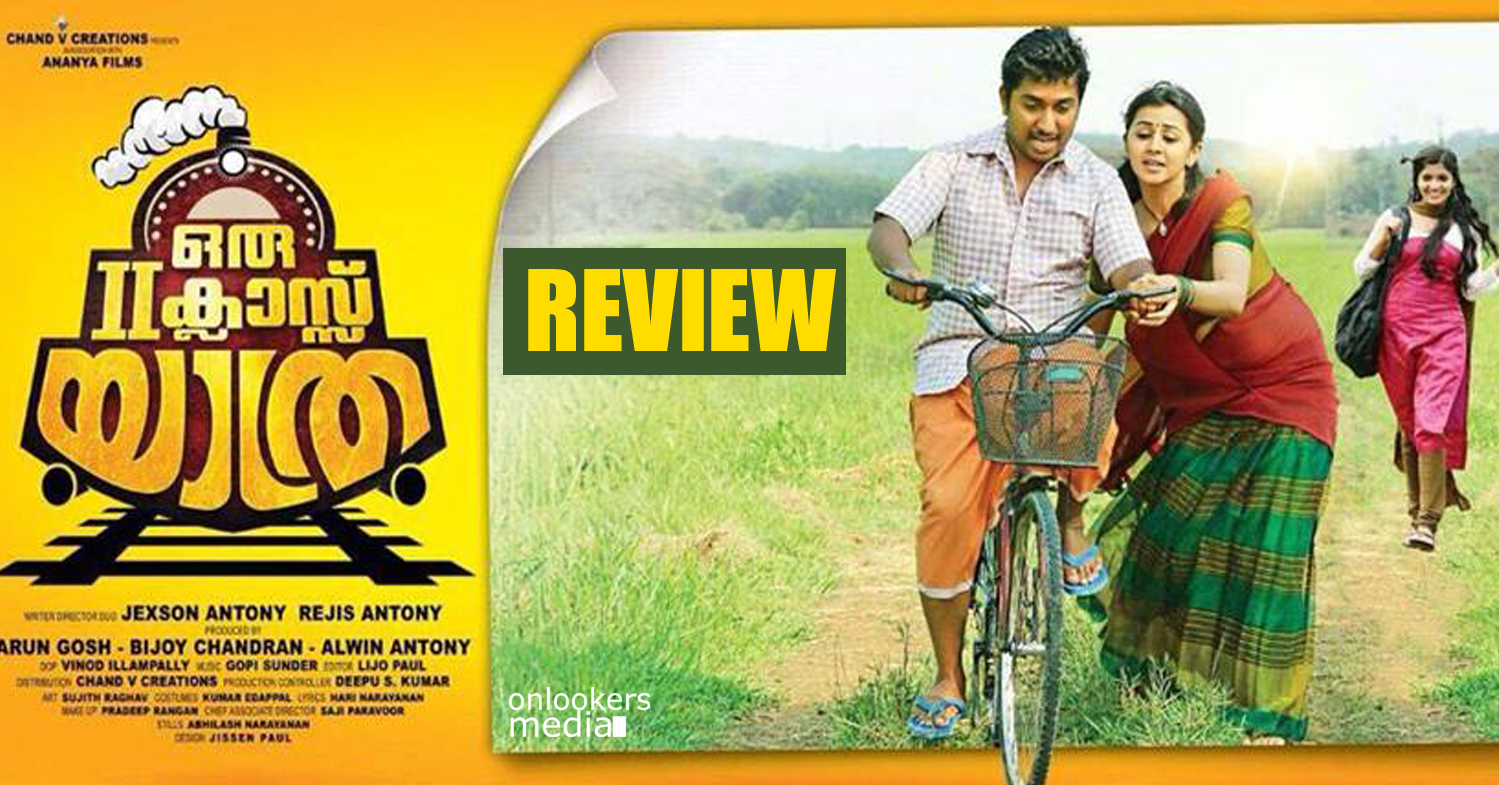 Oru Second Class Yathra, the flick which was much awaited from the moment we saw the first look poster of the film which had Vineeth Sreenivasan and Chemban Vinod in train with Handcuffs on them. Later the  anticipation had raised when the trailer of the film got released and also when the song of the film had really become a chartbuster. Finally the flick had hit the screens in Kerala today and have to say in one word about the flick that it is quite a disappointing one from the debutant writer director duo named Jexon Antony and Rejis Antony who had written and directed this film.

The film has a wonderful star cast which consists of lovable Vineeth Sreenivasan, sesnsational comedian Chemban Vinod, Sreejith Ravi, Joju George, Nedumudi Venu, Nikki Galrani,Maniyan Pillai Raju, Sunil Sugada, Indrans, Balu Varghese, Saju Navodaya alias Pashanam Shaji etc and the makers had really failed to make use of this star cast except in the case of Chemban Vinod who is the only positive point of this flick apart from a great song sung by Vineeth Sreenivasan and composed by Gopi Sundar.

The plot of this flick revolves around a character named Nandu played by Vineeth Sreenivasan who is a culprit in a murder case. He had to undergo a train journey that is made to shift him and one of his co-prisoner played by Chemban Vinod from Kannur to Poojappura central jail. They are accompanied by two police constables played by Joju George and Sreejith Ravi who had some personal problems between them and On the way Nandu escapes from the train and he had to take a revenge on his father who was the reason for the crime he did.

From the start to the end of the first half the movie went in a humorous track and in the later stage it went like more of a melodrama as the effort to create a thriller mood had failed. This film as a whole had really failed to live up to the expectation as it never really took off and landed quite miserably as well. The film had lots of incomplete characterization, situations and even the lead actor Vineeth Sreenivasan had nothing to do at all in the film. He don’t even have much dialogues and the situations of the film is too weak to help his expressions to make a mark in the mind of he spectators. And the one and only saving grace of the film was Chemban Vinod with his cool screen presence and great one liners. The script looks loose everywhere and that incomplete feeling never helped the film and affected the direction part as well.  We dont recommend you to reserve a seat for this second class journey and do it at your own risk.