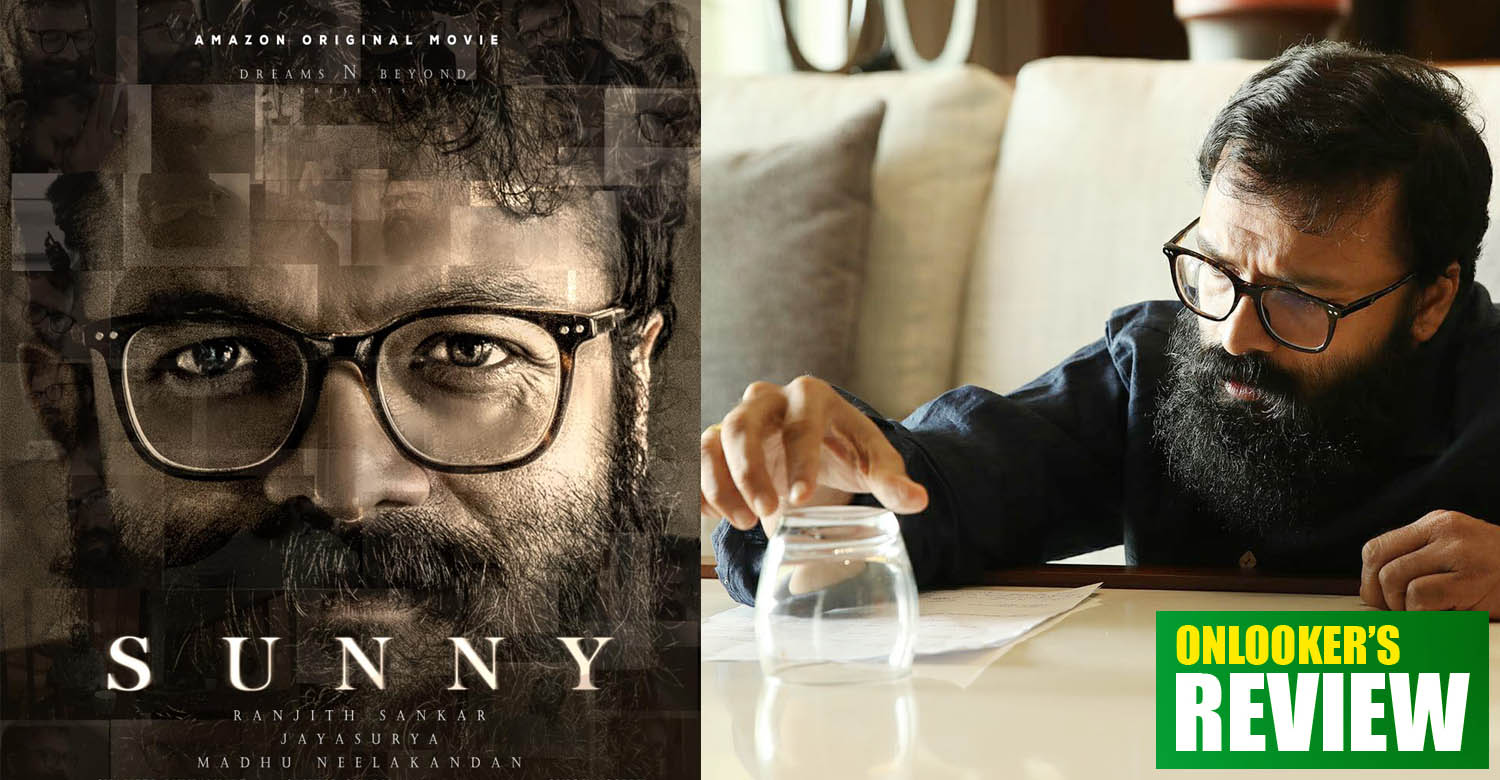 Sunny’s narrative begins with the protagonist returning back to Kerala from Dubai. He checks in for the mandatory government-adviced quarantine at a luxurious suite in Grand Hyatt hotel, which is where the remaining of the film unfolds. We soon learn that Sunny is a broken man who has suffered losses both in his personal and professional life. He is highly depressed and finds his solace in alcohol. But deep inside him is a talented musician, who could not make it big.

The film spans over the 7 days he spends at the hotel room as part of his quarantine. Though it is largely a single-character film, it also has many established actors voice acting crucial roles. Actors like Siddique, Mamta Mohandas, Sshivada, Aju Varghese, Innocent and Vijay Babu make their presence felt through their voices.

‘Sunny’ is mostly anchored by Jayasurya’s earnest performance but the film has an evident hangover of some of his previous outings. Of late, the actor has been more into doing such depressed, brooding roles and Sunny is just an extension of it. However, you still got to give it to him for trying to make each role as convincing as possible.

Ranjith Sankar’s screenplay lacks the depth as it largely deals with superficial issues. During his stay at the hotel, Sunny goes through an array of emotions. Though the film had the potential to be a great character study, it is reduced to an average experience mainly because of the shallow writing. While the interactions between Sunny and Innocent’s doctor character sound too simplistic, the track between Sunny and the woman living upstairs work really well.

The best thing about ‘Sunny’, along with Jayasurya, is Madhu Neelakandan’s cinematography. He never gives the impression that the film has been shot in a restricted space. The suite is lit up depending upon the mood of each scene and makes it a pleasant watch to the eyes. Sankar Sharma’s music also works to a large extent.

Overall, Sunny could have been much better if the writing was more nuanced and coherent. For what it is, it makes for a pretty decent one-time watch.