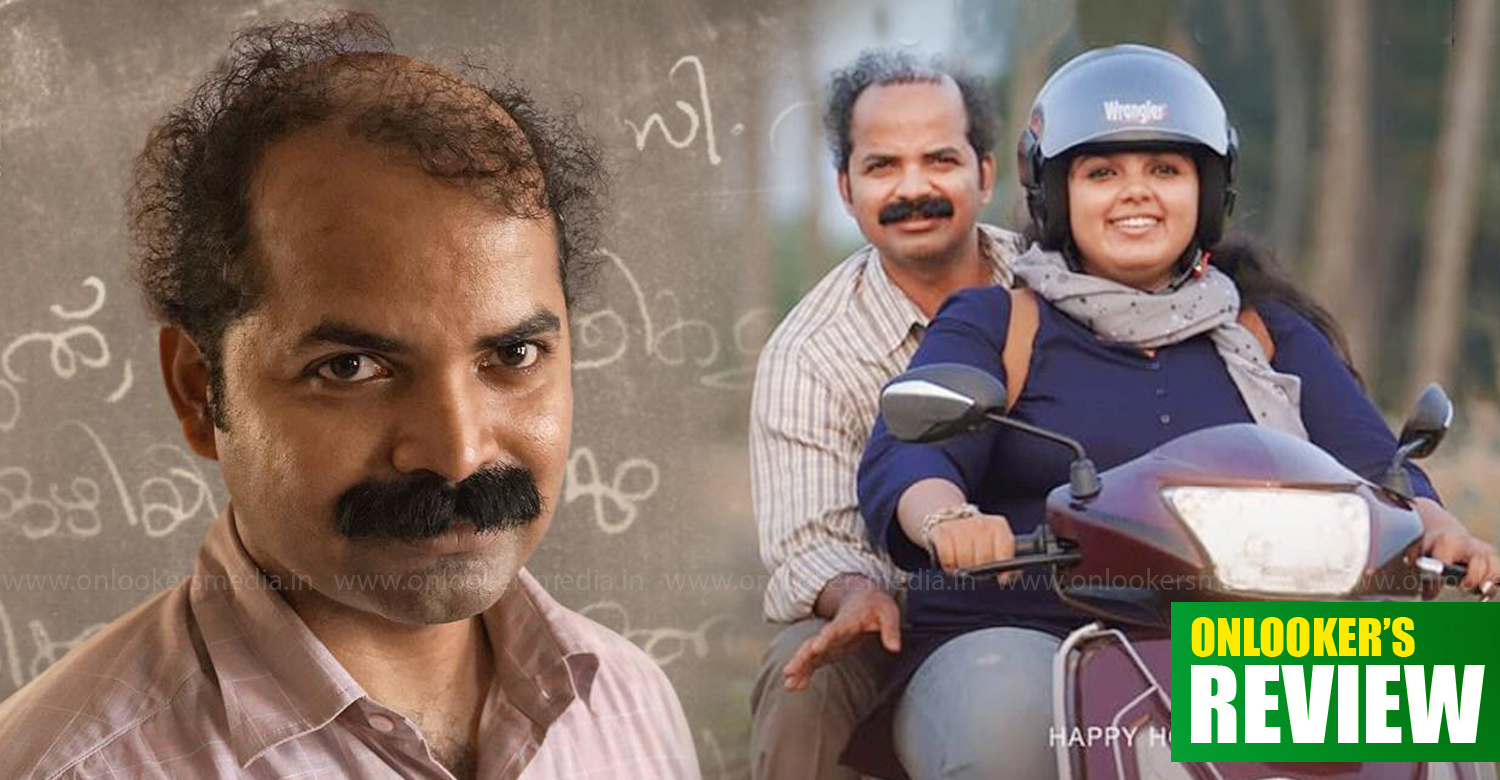 Thamaasha Review: This Vinay Forrt starrer has its heart at the right place!

‘Thamaasha’ is a film that piqued curiosity right from the moment its first look poster was released. Featuring a bald headed Vinay Forrt, the Ashraf Hamza directorial promised to be a story about such a person’s insecurities and the various complexes he carries. Add to that some big names like Lijo Jose Pellissery, Sameer Thahir, Shyju Khalid and Chemban Vinod Jose in the production side, ‘Thamaasha’ looked promising all the way. Let’s see if it fulfills the expectations.

Malayalam cinema has come a long way from the all perfect alpha male heroes who make women go week on their knees with their twirled moustache and charisma. Today, most often than not, we get to see imperfect characters and their lives, all in an organic manner sans any forced-in commercial gimmicks. Sreenivasan of ‘Thamaasha’ is one among them.

Vinay Forrt’s Sreenivasan is this well-mannered college professor who is low on confidence courtesy his bald head. Couple of match making alliances that his family force him into doesn’t work out, which further has an impact on the already low 30-year-old. He is advised by his colleague Rahim to find the love of his life himself. From here it’s the journey of how Sreenivasan meets and befriends three women and how he eventually finds the right partner.

The biggest strength of ‘Thamaasha’ lies in the performance of its actors and the seamless flow in screenplay. We, the audience, get to travel with the characters, empathize with their lives and celebrate even their tiny little moments. The movie had a big scope for the quintessential ‘theppukari’ angle and the good-for-nothing sidekick who passes lame advices, but thankfully, the makers have steered clear of all such stereotypes.

In this age of social medias, ‘Thamaasha’ also makes a very relevant point about body shaming and cyber bullying. The message is not included just for the sake of it, it’s sprucely laced around the narrative instead of shoving down our throats. That is what makes this movie fresh and unique.

Sreenivasan had shades of Vinay Forrt’s own Vimal, also a professor, from ‘Premam’. But the actor has smartly played it subtle with a distinct body language. With his genuine smile and instantly likeable charm, Vinay Forrt makes it easy for us to root for Sreenivasan. To say the least, he fits in the bill perfectly. The screenplay penned by Ashraf Hamza is so smooth that the character arc is not abrupt but very natural and convincing. Vinay Forrt has been away for nearly a year, solely concentrating on this movie and one can easily say that his efforts haven’t gone in vain. Coming to the female leads, Chinnu Chandini who plays the character Chinnu is an absolute natural on screen. There is a particular scene in the second half where she displays a very restrained emotional act that alone deserves all the appreciation. The ever-graceful Divyaprabha and Grace Antony have also effectively performed their roles.

‘Thamaasha’ is a film with very less number of characters, but with proper depth for each one. Navas Vallikkunnu, who essays the role of Rahim, is case of perfect casting. With a neatly sketched character and his delightfully authentic Malabari slang, Navas truly makes a mark.

In the technical side, Sameer Thahir’s cinematography is adequate and has nothing more than what’s required for a movie of this nature. The song ‘Kaanumbol Ninne’ was nicely shot with vibrant visuals of the Biennale. Rex Vijayan and Shahabaz Aman’s music perfectly conveys the mood of the film.

In a nutshell, ‘Thamaasha’ is a very relevant and beautifully made film that will certainly occupy a space in your heart even after you walk out of the cinema hall. Don’t miss.

Children’s Park Review: Shafi and team offer loads of fun
Virus Review: Fitting tribute to the heroes who stood up valiantly against Nipah
To Top