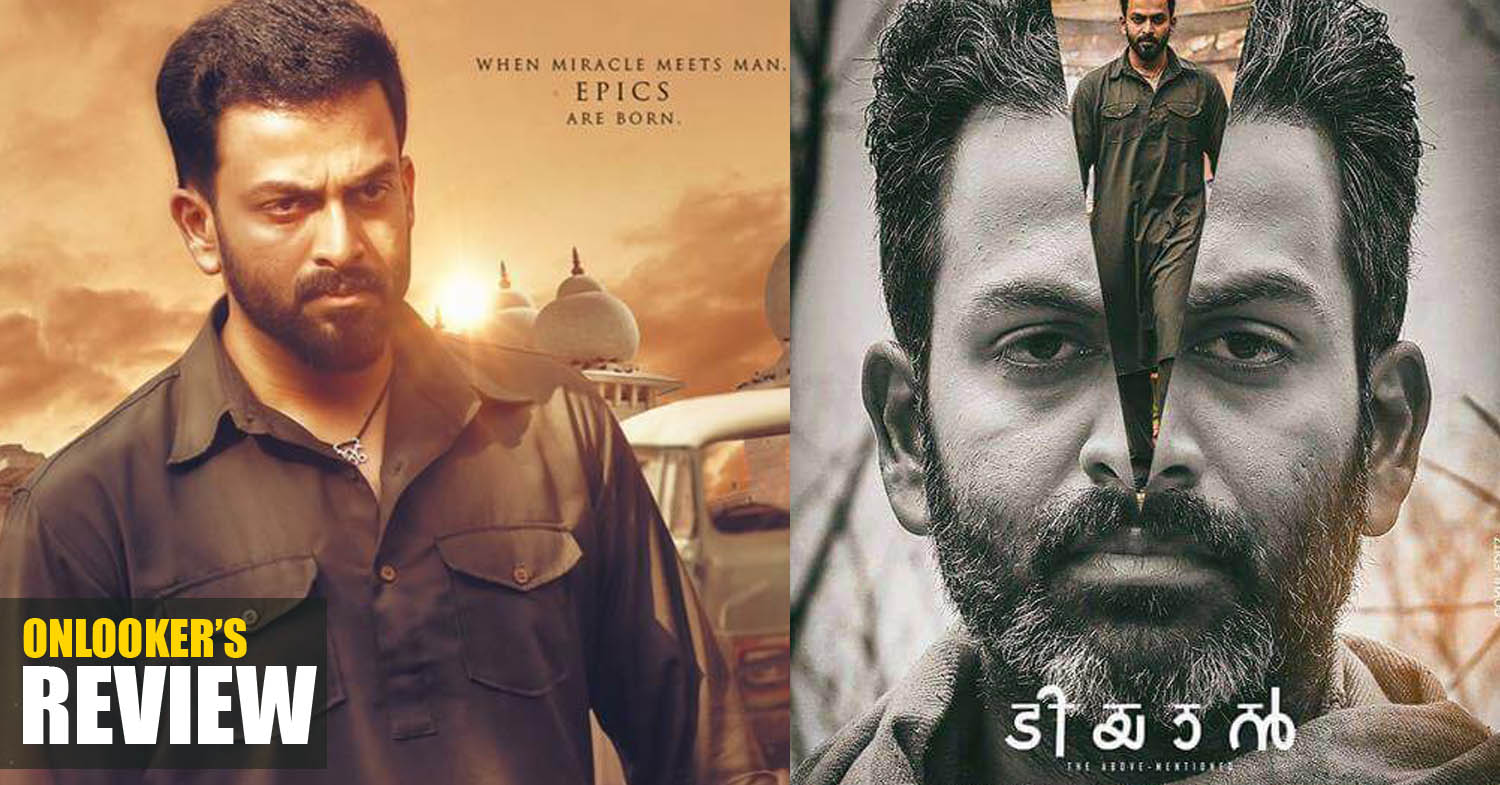 Tiyaan Review : A blend of fantasy and politics

Tiyaan, the much awaited multistarrer scripted by Murali Gopy has finally hit screens today. This Jiyen Krishnakumar directorial was publicised as a Pan-Indian movie and it is true to some extent. The movie’s setting and the issues discussed here transcend boundaries. But unfortunately the movie lacks an effective screenplay to leave an impact with the audience.

The plot is set in a North Indian village near Badrinath. The area is inhabited by Keralites, who are the followers of Shankaracharya. Indrajith’s character Pattabhiraman is a Vedic scholar who is also a resident of this village. Trouble crops up when God man Mahasay Bhaghavan builds an ashram in this area. With the arrival of his ashram, people are forced to evict out of their land. The movie is about Pattabhiraman’s fight for survival against the powerful and how a mysterious third person Aslan Mohammed influences him in this fight.

All the three lead actors- Prithviraj, Indrajith and Murali Gopy have given good performances. Prithviraj has two looks in this movie. While younger part was a cakewalk for an actor of his calibre, the older one with a sane aura was more challenging and Prithviraj was up to the task. Like always, Indrajith has delivered a very balanced performance without any major blips. Murali Gopy as a God Man had an unique character to play and he was convincing enough with his looks and body language. The support cast is quite big but they didn’t have much to do as their screen time was largely restricted.

Murali Gopy’s writing lacked the punch and character-detailing that we usually expect from his scripts. He has infused several elements into this plot and most of them are very relevant in today’s scenario. Director Jiyen Krishnakumar has translated exactly what’s written on paper to big screen with the help of some seasoned performers and technicians.

Technically, Tiyaan is a quality product with some fantastic visuals from DOP Satheesh Kurup. Gopi Sunder’s background score was also good and CG works were okayish.