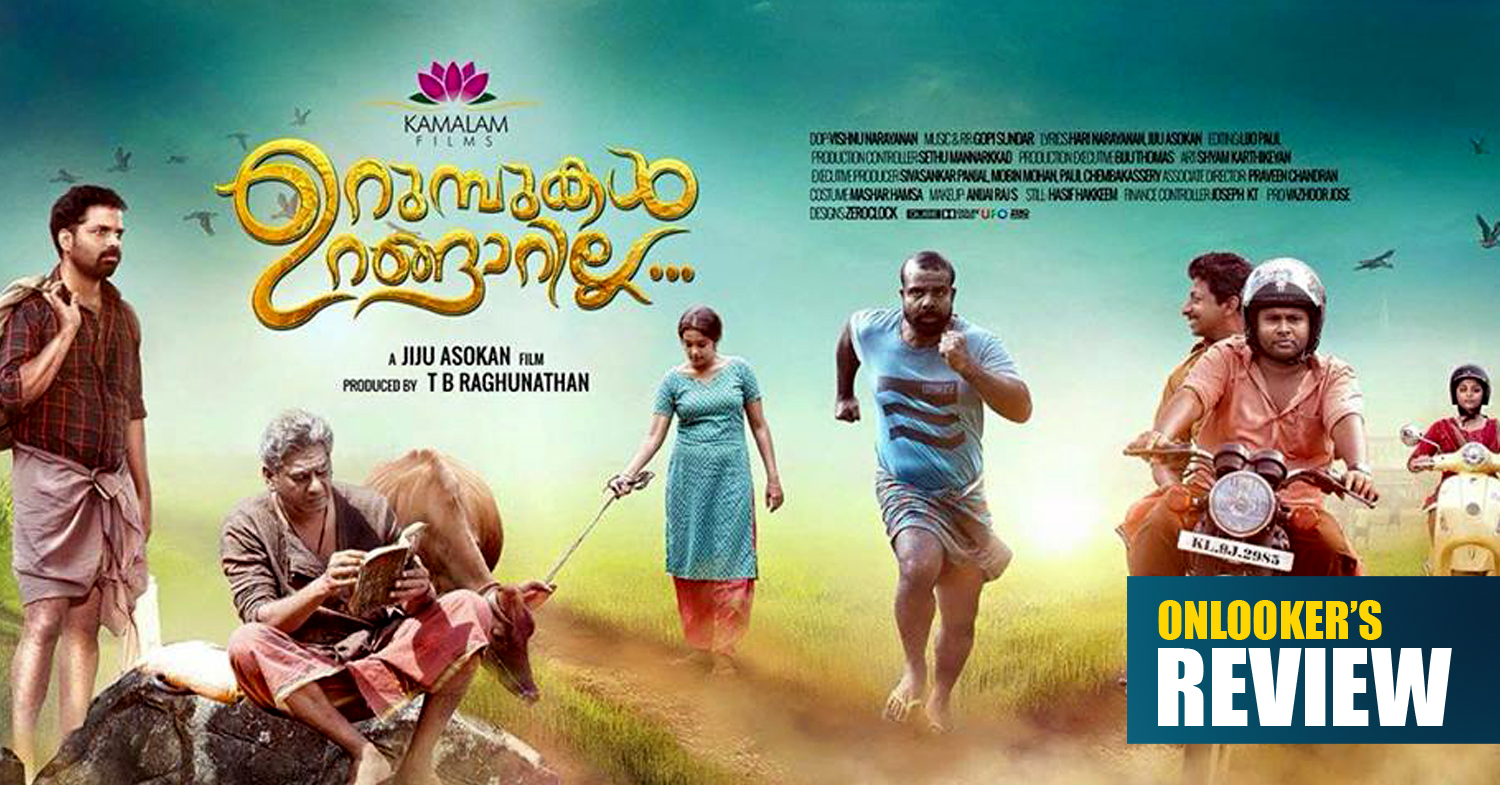 Urumbukal Urangarilla is a film which had come without much hype and in fact it is a small film compared to the other releases of this season which had star studded cast. The songs of the film which was released some days back also made an impact among the viewers and many people expressed their expectation about the film saying that this might be a good one or a different experience as it is coming without making much noise and totally the people associated with the film are not the ones who let us down usually.

Surely they were referring to artists like Vinay Fort and Chemban Vinod who constantly becomes part of minimum guarantee films. The flick has been conceived by Jiju Ashokan. The title of the flick has been associated with the idea that thieves don’t sleep usually during the night as they are out on their endeavor that time and you know what is that. Yes, to steal valuables from others.

The flick has 5 main characters and each one of them are thieves who has expertise in different fields of theft. Once the character played by Vinay Fort named Manoj was caught during the act of theft by an ex-thief played by Sudheer Karamana named Kelu Aasan, he hands Manoj over to one of his disciples named Benny played by Chemban Vinod for a better training in the art of theft. The film follows some interesting events from there and has presented what happens in their life.

The flick has been packed with lot of humour and have to say that the humour part has worked out very well, thanks to the performances of the actors. Some of the comedy numbers by Chemban Vinod really produced uncontrollable laughter. Performance of Chemban Vinod was excellent and it is really a great boost to the film. Gopi Sundar’s music and background scoring was only up to an average level. The visuals by Vishnu Narayan was good and specially the night visuals were superb. The negative of the film is that the film went into a sluggish pace even after portraying some events which could be able to bring some thrill. The scripting went not well there comparing to the other parts.

As a director Jiju tried to hold things together but lacked clarity in bringing together different situations. But just before climax he got it back and the climax part was brilliant. Aju Varghese, Musthafa and Shajon did their part well as usual. On the whole Urumbukal Urangarilla is an above average entertainer which will not disappoint you.