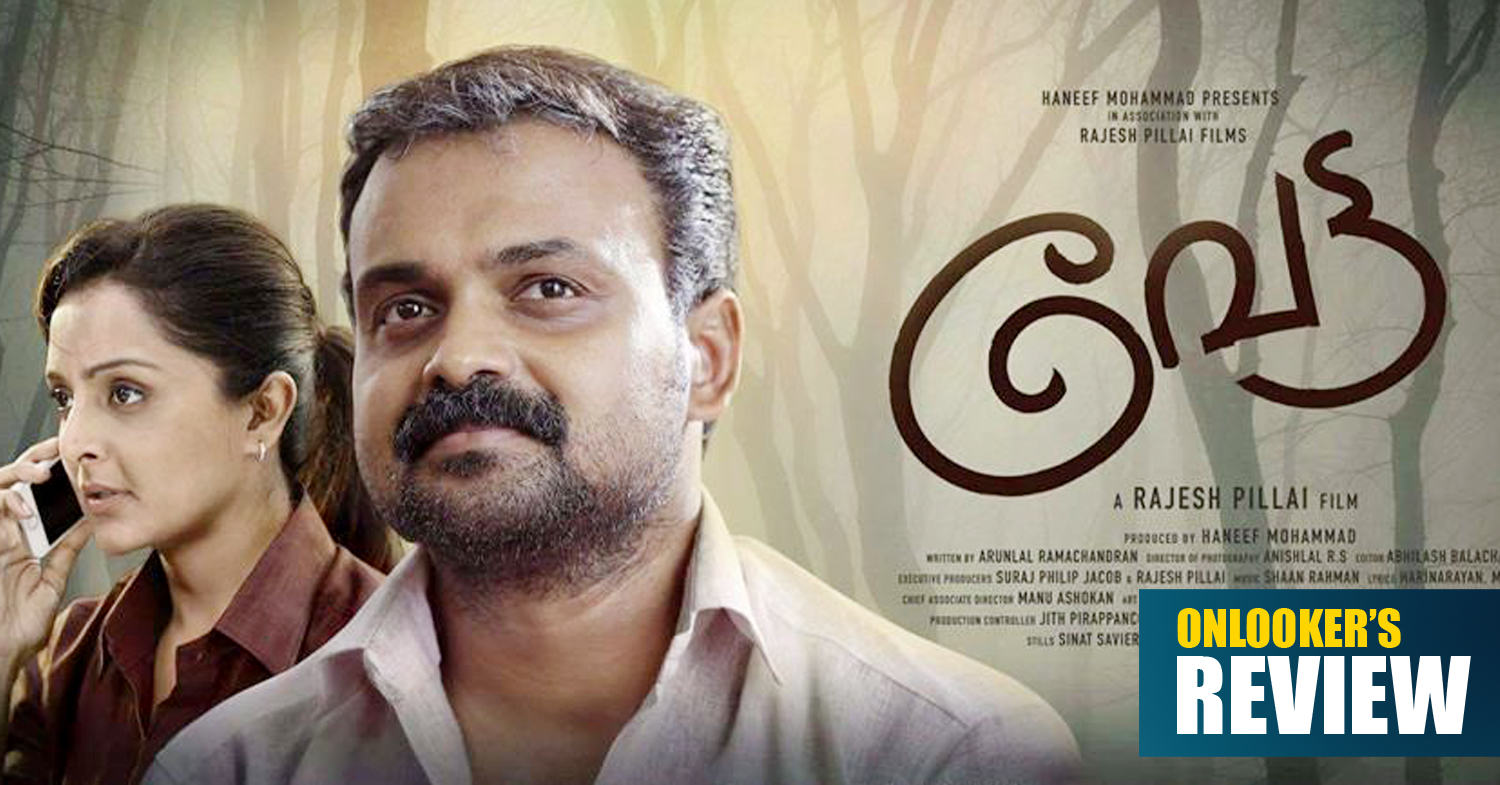 Vettah directed by Rajesh Pillai and scripted by Arunlal Ramachandran is the latest film released in Mollywood. The film was in news for its star cast at first which include Kunchacko Boban and Indrajith along with Manju Warrier. The hope Rajesh Pillai given with his earlier film like Traffic is also a factor that made the audience to wait for this film which is said to be a mind game thriller. Earlier there were reports that Jayasurya was considered to play the character played by Indrajith Sukumaran in the film. Anyway the star cast and the name of director is enough to wait for the film even though his last film Mili was a commercial disaster.

The film is a suspense thriller and we cannot say about the story of the film in details. But in a nutshell we can say that the plot deals with the missing of a movie actress named Uma played by Sanusha which later become a controversial topic. The charge of investigation is take up by city Police commissioner Sreebala IPS played by Manju Warrier and by Zylex Abrahan, assistant commissioner of police played by Indrajith. A character named Melvin played by Kunchacko Boban was caught as the prime suspect and during the investigation several sensational truths comes out and the film deals with those things as well.

After the failure of his previous flick Mili in box office, we have to say that Rajesh Pillai had made a superb come back as a director through Vettah. He made it an edge of the seat thriller and the kept the element of suspense and thrill throughout the film. We don’t get any clue of how this will end and the control and craft of a good director was evident in each frame of the film. The screenplay by Arunlal Ramachandran was a tight one and the dialogues also were sharp. The way in which he narrated the events was brilliant and it had really helped to create a mystery mood in the mind of the viewers.

The performances of every artists in this film is matured and fantastic. Manju Warrier had presented the first cop role in her career with conviction and Kunchako Boban had essayed one of his best characters in recent time. His performance was also too good. Indrajith Sukumaran was at its usual natural best and the ease with which he acts really makes us admire him. Artists such as Sandhya, Vijaya Raghavan, Deepak, Rony, Prem Prakash, Kottayam Nazir, Baby Akshara, Baby Nanadana etc also done very well as well.

Shan Rahman’s music was very good and the background scoring needs special mention. It was that background music that really makes us thrill than the frames sometime. Anishlal also done a very good as the DOP of the film. Abhilash Balachandran made his mark as an editor with his crisp cuts as well.

In Total, Vettah is one of the best thrillers we saw in Malayalam cinema in recent times. The game it will play with your mind is the most remarkable feature of the film and have to say that it was indeed a great experiment that come out very well.