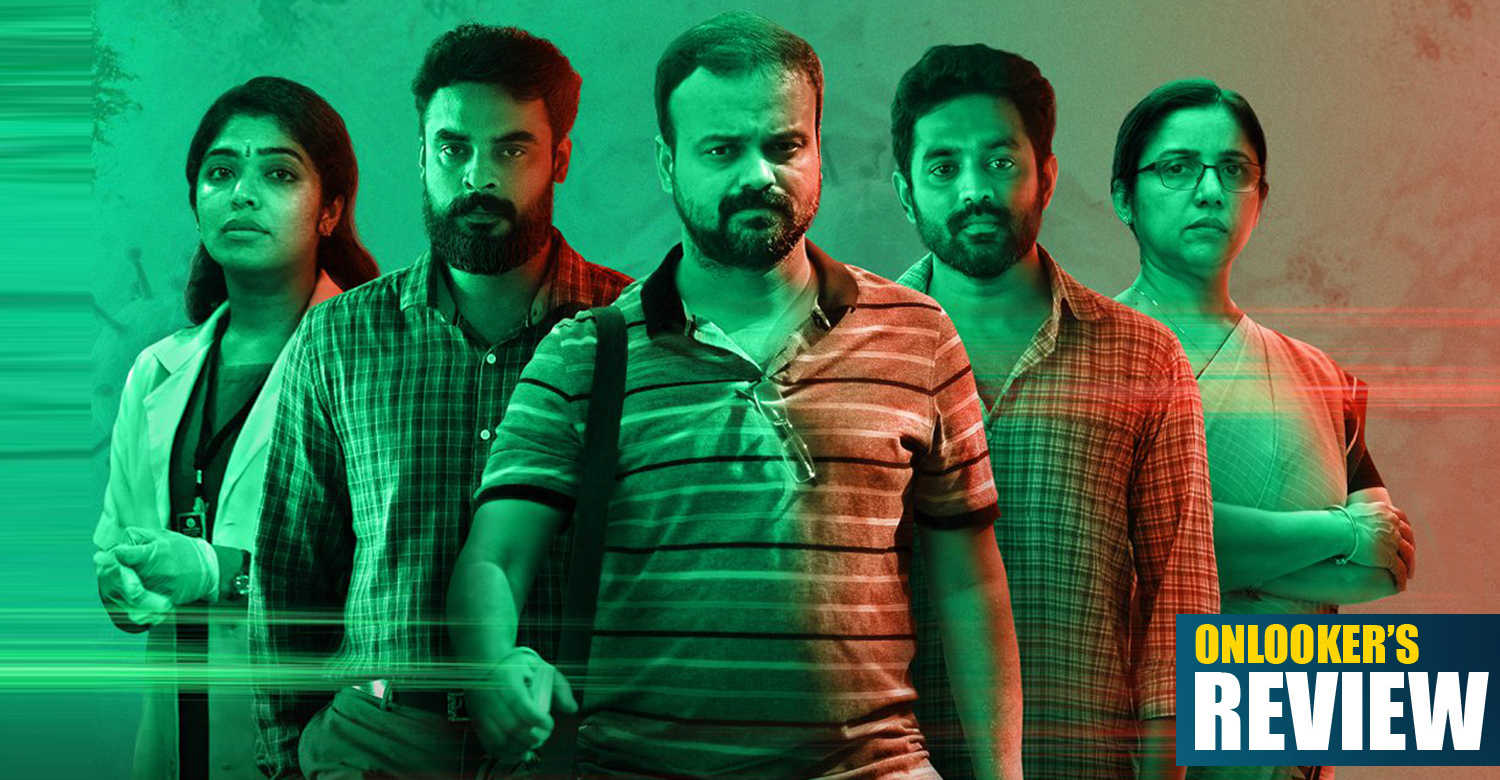 Virus Review: Fitting tribute to the heroes who stood up valiantly against Nipah

The highly anticipated Aashiq Abu directorial ‘Virus’ has hit screens today. With a plethora of big names in the cast and crew, and a riveting real-story to tell, Malayali audience didn’t expect anything but the best possible output from this team. Let’s see if the makers have managed to satiate the hype that was sky-high even months before its release.

First things first, ‘Virus’ is a highly fictionalized account of the deadly Nipah outbreak that took 21 lives and shattered the social life in the whole of North Kerala. Writers Muhsin Parari, Suhas and Sharfu have done immense research to get into the depth of the issue and pen down a screenplay that does justice to the valiant fight put up by hundreds. Government machinery, doctors, virologists, other hospital staff and numerous other commoners worked hand in hand to negate the outbreak, and they all feature in this 150-minute long film.

Except for those in the districts of Kozhikode and Malappuram, Nipah outbreak was something that they came to know only through medias and cyber space. Director Aashiq Abu and his team have done a fabulous job in recreating the whole scenario with utmost sincerity and authenticity. One could literally feel the fear and helplessness that they had to endure through this tough period and that itself is the success of the brains behind this film.

The narrative is non-linear with lot of scientific terminologies and medical procedures involved, but it is all presented in a very credible manner and that’s where ‘Virus’ stands as an informative and insightful film. Another commendable aspect is that there was ample scope in the subject to pass it off as a propaganda film to eulogize the government but no such glorification and unwanted gimmicks are included anywhere. It is a straightforward film that sticks to the core issue all through its run time.

Along with the brilliant writing, ‘Virus’ is also powered by some high quality technical values and fabulous performances. Among the cast, Parvathy, Kunchacko Boban, Rima Kallingal, Revathy, Tovino Thomas, Poornima Indrajith, Sreenath Bhasi, Joju George, Asif Ali and Indrajith Sukumaran have the meatiest of roles and they all deliver their best. Actors like Zakariya, Soubin Shahir, Indrans, Vettukili Prakash, Madonna Sebastian, Shebin Benson, Darshana Rajendran, Sharafudheen and Senthil Krishna also manage to create quite an impression despite their limited screen-time. There is an eerie sense of fear right from the title cards and that is made possible by the solid technical crew comprising of the ace cinematographer Rajeev Ravi, composer Sushin Shyam and editor Saiju Sreedharan. It must have been quite a tough task to edit such a non-linear film with so much details in even the minutest of moments but the film has been well packed to just under 2.30 hours. Take out the final five minutes or so and there isn’t really a moment where you can sit back and heave a sigh of relief. We are treated to such an intense and engrossing film.

In a nutshell, ‘Virus’ is gripping, moving, informative and above all a heroic tale of survival. Hats off to director Aashiq Abu and his whole team.

Thamaasha Review: This Vinay Forrt starrer has its heart at the right place!
Unda Review: Entertaining, thought-provoking story about the unseen side of police lives & lot more!
To Top