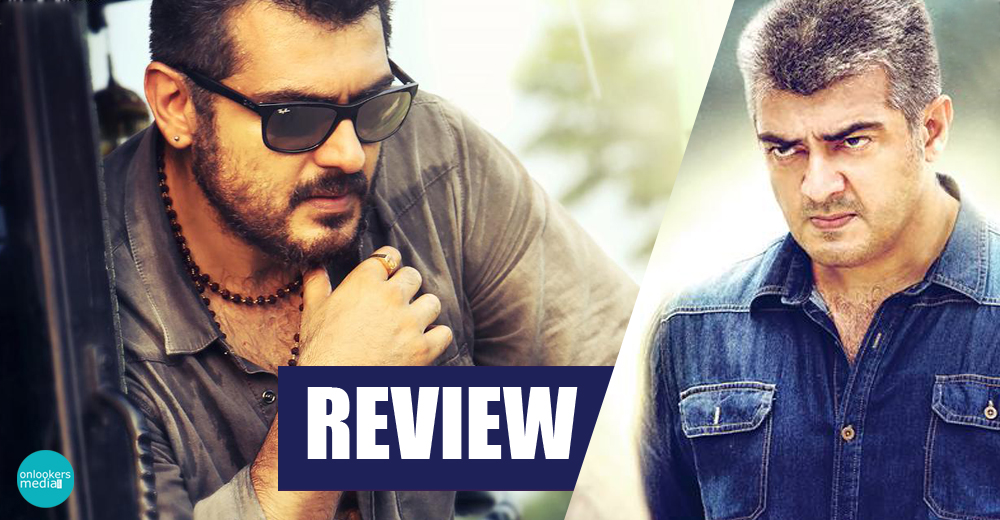 Yennai Arindhaal, after so much expectations, hope and waiting reached theaters today. It is become a much anticipated film mainly for two reasons. First one is that it is an Ajith Kumar starrer. Ajith has the star who has great fan base all across south India and fans fondly calls ‘Thala’, that means ‘The Head of all’. Each of his film is a grand celebration for his fans across the world. The second reason is that it is a Gautham Vasedev Menon directorial. He is a director who gave great films such as Vaaranam Aayiram, Vinnaithandi Varuvaaya, Vettayadu Vilayadu, Kakka Kakka etc and his films have a huge influence on youngsters in the present generation. After his fall out with Surya who is been one of his favourite actor, he had joined hands with Ajith for this Project. So the expectation was so huge automatically.

But what is the end result of Yennai Arindhaal..?.. To say the fact, it is disappointing to a certain extent. But not a big let-down. The film tells a usual revenge story with an overdose of emotions. Gautham Menon always has a craze for cop stories and he superbly mixes action, thrill and tender emotions in that story with elan. We have seen that in many of his films like Vettayadu Vilayadu and Kakka kakka. But here, we have to say Gautham Menon just failed to repeat that magic for which he is known for. He also had great way of telling romance which sets him apart from the rest in South India.We had seen that also in films like Vaaranam Aayiram and Vinnaithandi varuvaaya. But in Yennai Arindhaal, he tried to mix both of his craze together and the end result was not at all a good one.

It tells the story of Sathyadev who is a police officer and his encounter with a criminal named Victor whom he sent to jail sometime ago. For that, Sathyadev had to face many traumas in life such as the death of his fiancé just a day of their marriage and he had to protect her child Isha. But at the same time he had to execute his duty as a police officer and he had come across a situation in life in which he had to save the life of a girl named Thenmozhi , which leads him to a do or die situation regarding the safety of his daughter Isha. The film was almost 3 hour length and it really lagged at many parts. Too many unwanted scenes to tell the story also cost the film its pace.

Average script work does not help the cause at all. The film don’t even have great punch lines which Ajith films usually have. Ajith is the factor which saves the film in many parts with his unbelievable screen presence. His performance was superb and all other actor including Trisha who played Hemanika (Sathyadev’s love), Anushka who played Then Mozhi, Baby Anikha as Isha and of course the villain Victor, played by Arun Vijay etc does their part to perfection. Stunt silva did a decent job with stunts . But Antony at the editing section not seemed to be in his best. Music by Haaris Jayaraj was beautiful.

On the whole Yennai Arindhaal will be a watchable one for Ajith Fans and for others, it is a disappointment.