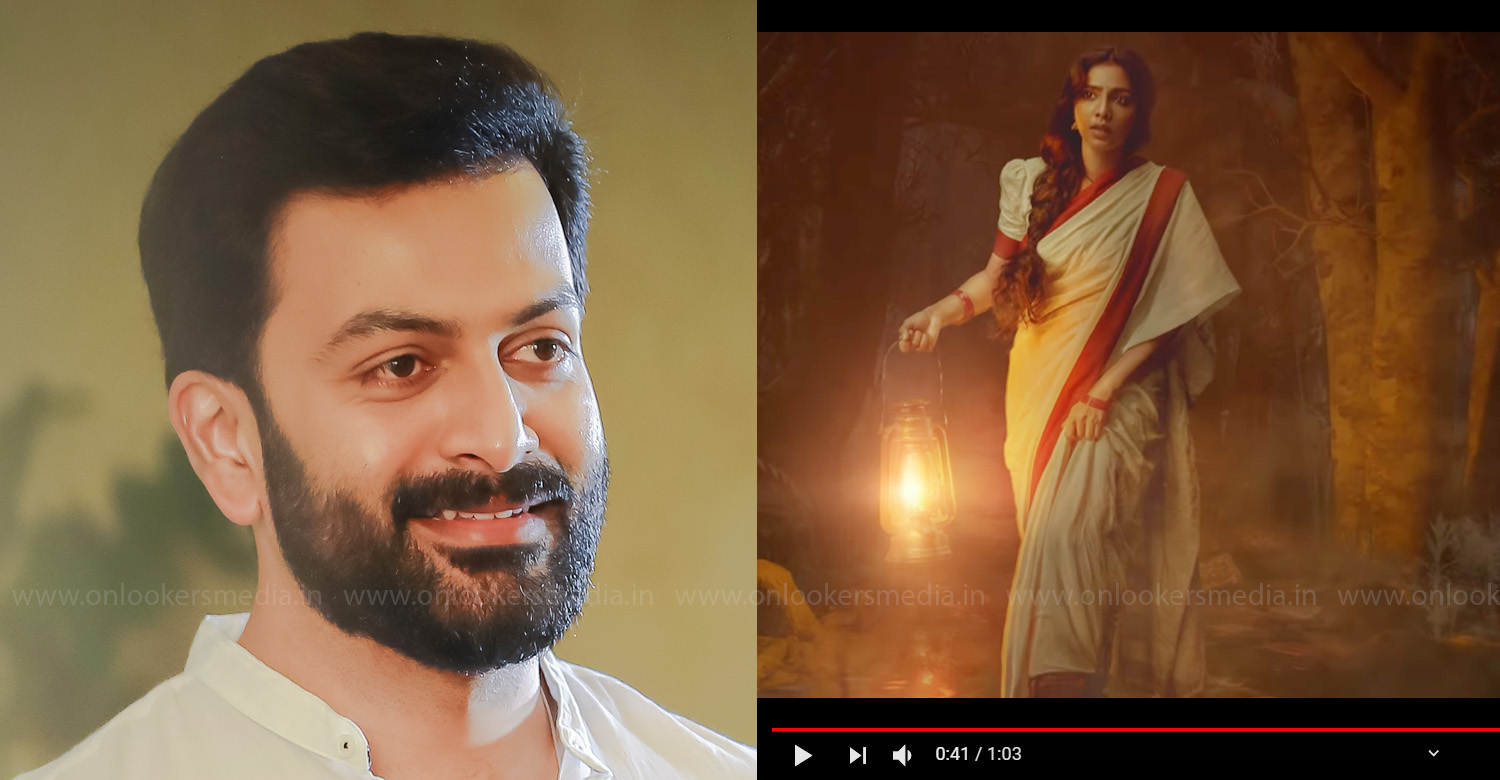 Aishwarya Lekshmi in Prithviraj Productions’ next; Watch the motion teaser of Kumari here!

Aishwarya Lekshmi has signed a new Malayalam film titled ‘Kumari’. Nirmal Sahadev of ‘Ranam’ fame is directing the film. Nirmal is also producing the film along with Giju John, Nirmal Sahadev, Jakes Bejoy and Sreejith Sarang. Supriya Menon is presenting the film under the banner of Prithviraj Productions. Last day, the makers released a motion teaser, which gives the feel of a creepy horror thriller.

‘Kumari’ has its story penned by director Nirmal and Sachin Ramdas. The former has retained the same technical team from ‘Ranam’ for his second film as well. Jigme Tenzing is the cinematographer and Sreejith Sarang will be handling the edits. Jakes Bejoy is the music director. It is not yet known when the makers are planning to begin shoot.

Aishwarya Lekshmi meanwhile has some other promising projects lined up in Tamil and Malayalam. In Tamil, she is part of the Mani Ratnam biggie ‘Ponniyin Selvan’ and the Dhanush-Karthik Subbaraj film ‘Jagame Thandhiram’. In her home turf Malayalam, she has signed for ‘Bismi Special’ with Nivin Pauly and her first solo lead project, ‘Archana 31 Not Out’.