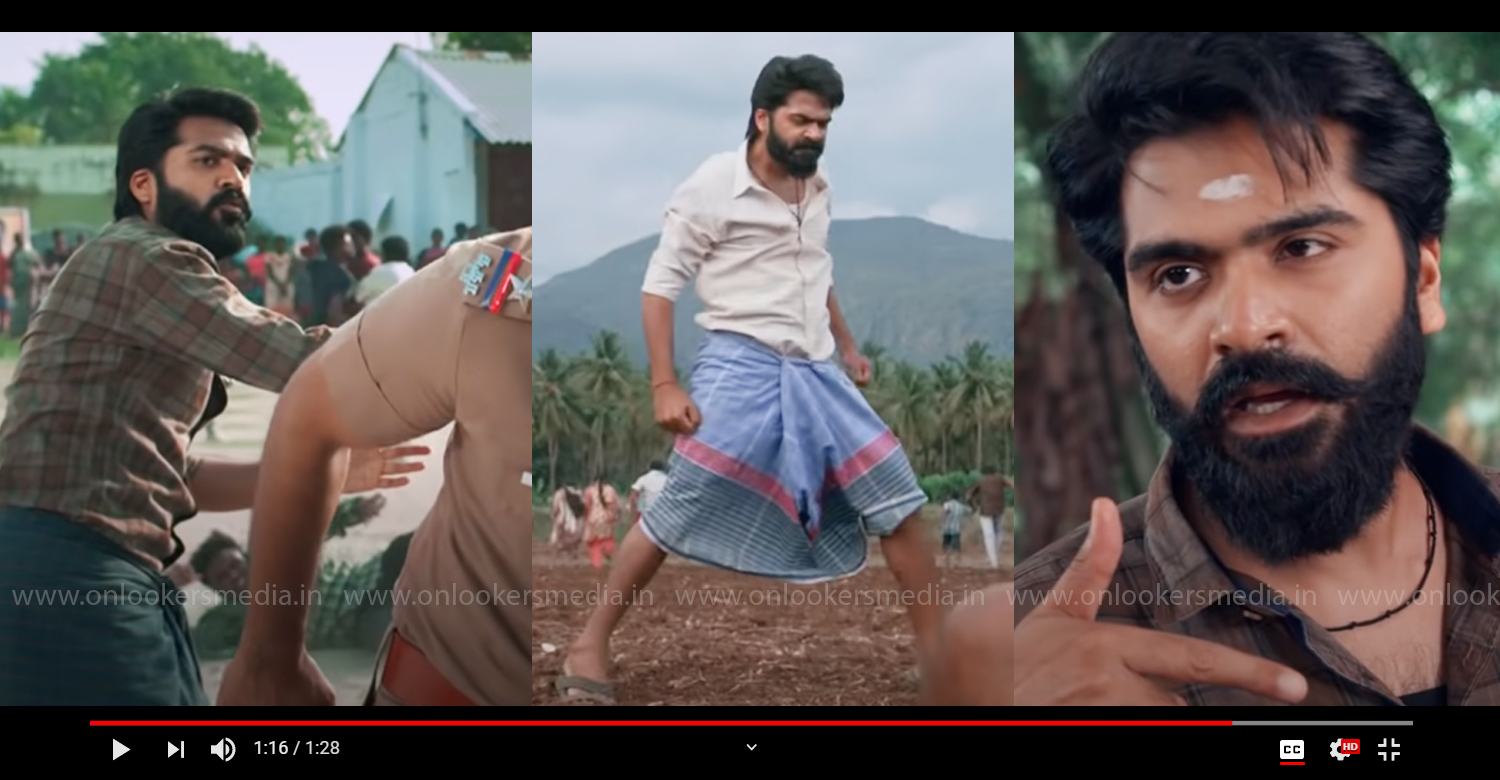 Today, on the festive day of Diwali, the makers of Simbu’s new film ‘Eeswaran’ have released the teaser online. Interestingly, the teaser was released early in the morning at 4.32 AM coinciding with the auspicious Brahma Muhurtham. The teaser is exactly like what one would expect from a big star film. It has the typical hero elevation shots, thumping background score and punch dialogues.

The biggest highlight of the teaser is the physical transformation of Simbu. The actor has shed a good amount of weight as he sports a lean and fit look that reminds us of his ‘Kovil’ days. ‘Eeswaran’ looks like a family drama set in a rural backdrop. After Simbu, it is veteran filmmaker Bharathiraja who is given more prominence in the teaser. So it looks like he is playing an important role. Nidhi Aggarwal plays the female lead.

‘Eeswaran’ is written and directed by Susienthiran. The film has Thaman composing the music and Tirru handling the cinematography. It is produced by Madhav Media and D Company. The makers have announced the film as a Pongal 2021 release.

C U Soon looks like a first of its kind attempt in Malayalam; Watch trailer here!
Aishwarya Lekshmi in Prithviraj Productions’ next; Watch the motion teaser of Kumari here!
To Top