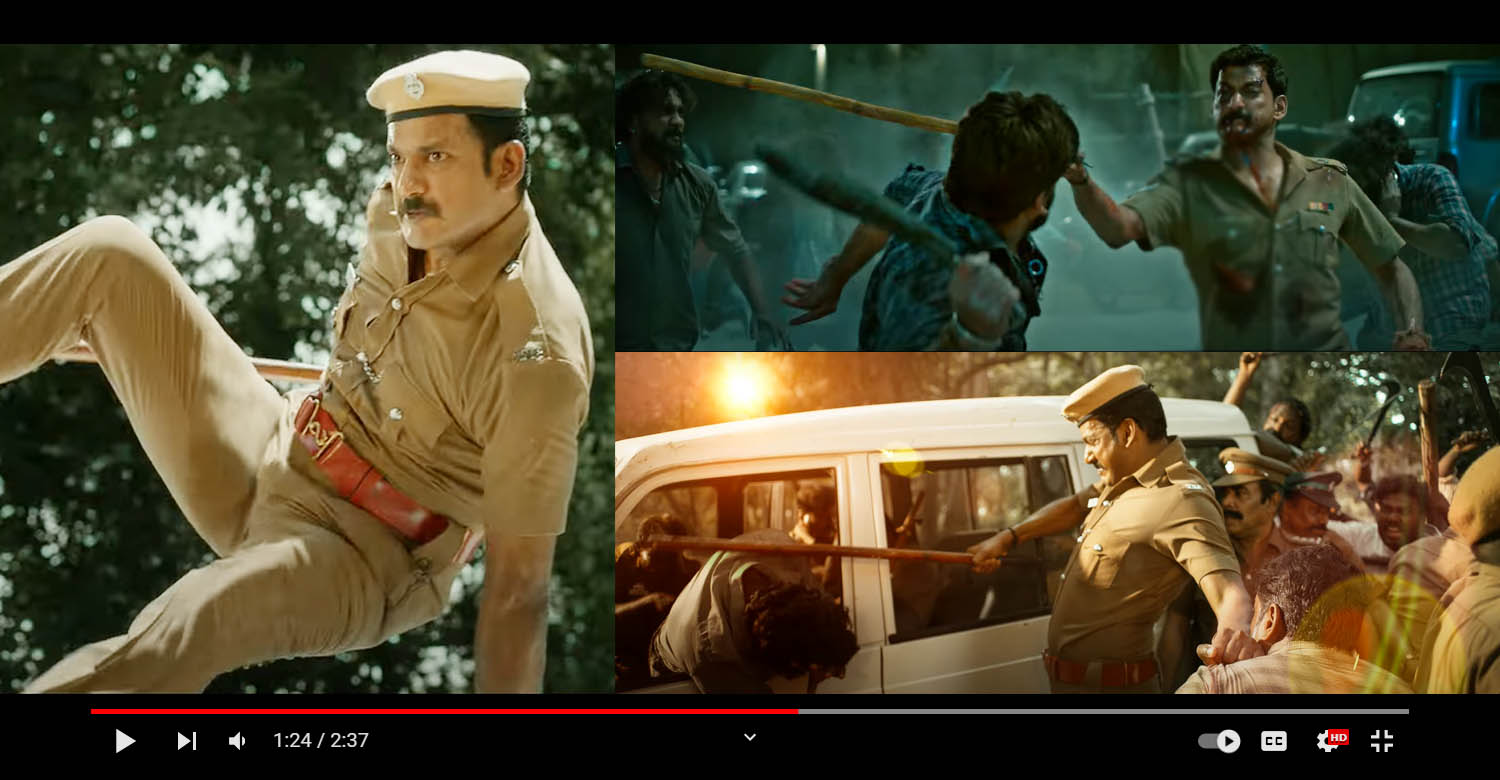 Action-packed trailer of Vishal’s Laththi out

Vishal’s new film ‘Laththi’ is set to hit screens for Christmas on December 22. Last day, the makers released its trailer, from which we learn that Vishal plays a police constable’s role. Written and directed by debutant A Vinoth Kumar, ‘Laththi’ promises to be an action heavy film.

The trailer is action-packed as it shows Vishal fighting several goons in a building, which is under construction. As per reports, the film is about a police constable, who gets trapped in a building with his 10-year-old kid, and how they escape from the building surrounded by a group of enemies.

Though Vishal has done cop roles before, ‘Laththi’ promises to be something different. Peter Hein has choreographed the stunts in the film. In an earlier interview, Vishal had said that ‘Laththi’ was an experience of a lifetime with Peter Hein.

Sunainaa plays the female lead’s role in the film, which has music by Yuvan Shankar Raja. Prabhu, Munishkanth, Malayalam actor Sunny and many others are part of the cast. The film is slated to release in Tamil, Telugu, Kannada, Hindi and Malayalam.

Besharam Rang: Deepika Padukone and Shah Rukh Khan make a sizzling pair in Pathaan first single
Rajinikanth is stylish as ever in Jailer teaser
To Top