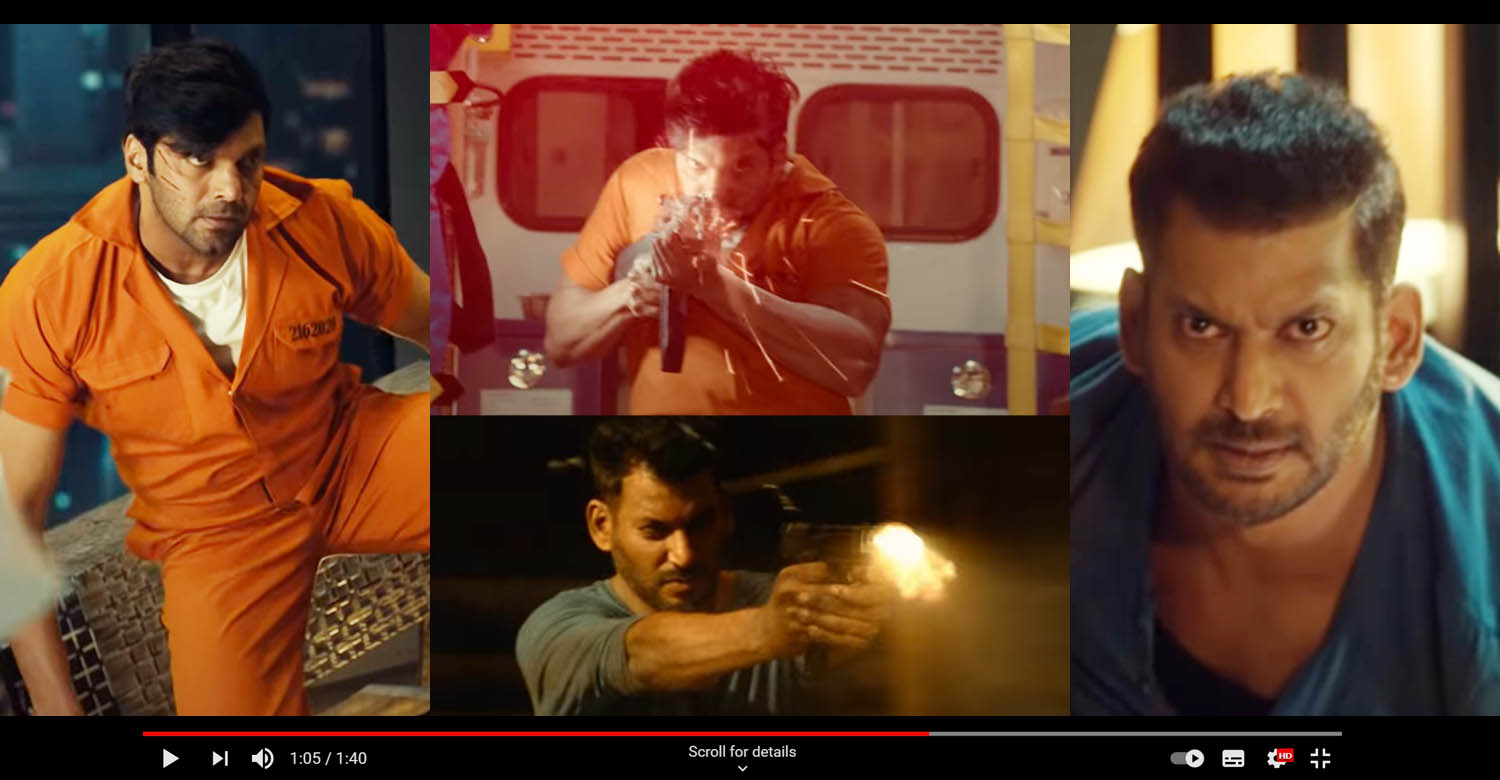 Arya and Vishal are coming together for a new film titled ‘Enemy’. Anand Shankar of ‘Arima Nambi’ and ‘Irumugan’ fame is directing the film. Its teaser got released recently and it has heightened the expectations on the film. The film seems to be mostly shot mostly and from the glimpses in the teaser, it promises to be a treat for action lovers.

‘Enemy’ has Vishal as the protagonist and Arya essaying the villain role. Malayali actress Mamta Mohandas is paired with Arya in the film and Mirnalini Ravi of ‘Super Deluxe’ fame essays the other female lead’s part. Actors like Prakash Raj, Thambi Ramaiah and Karunakaran are also part of the supporting cast.

RD Rajasekhar is cranking the camera and songs are composed by S Thaman. Sam CS has handled the background score. The film is produced by S Vinod Kumar under the banner of Mini Studio.