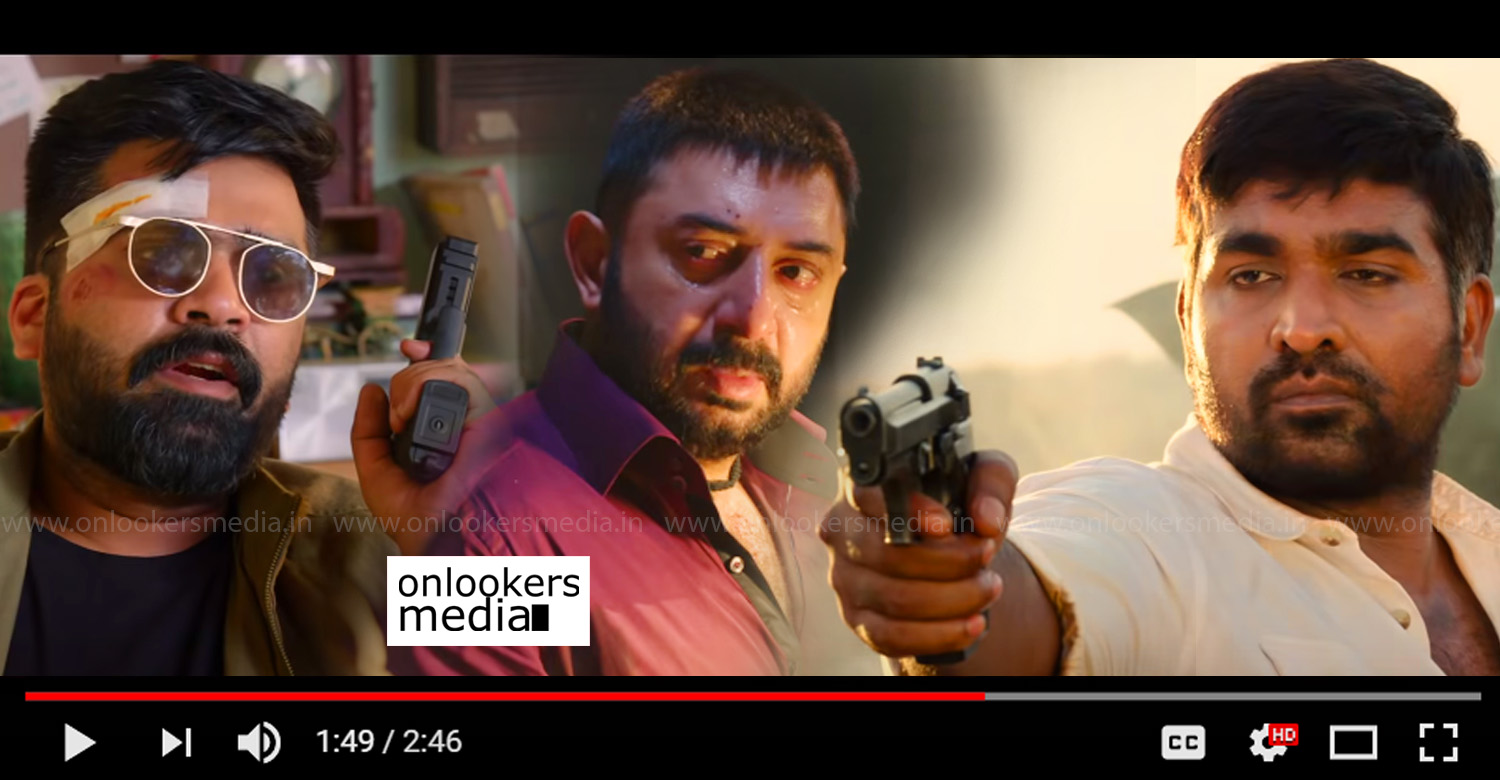 Ace filmmaker Mani Ratnam’s Chekka Chivantha Vaanam is one of the most anticipated Tamil films of the year. The movie boasts of a stellar star cast comprising of Arvind Swamy, Arun Vijay, Simbu, Vijay Sethupathi, Jyothika, Aditi Rao Hydari, Aishwarya Rajesh, Prakash Raj and Jayasudha. Official trailer of the movie was released couple of days back (August 24). As of now, the trailer has clocked a whopping 5.3 million views in YouTube. The response in social medias so far has been excellent with the star studded cast being the major selling point.

Chekka Chivantha Vaanam (CCV) is a gangster story with sibling rivalry at its core. Prakash Raj plays Senapathi, an influential don while Arvind Swamy, Arun Vijay and Simbu play his three sons – Varadhan, Thyagu and Ethi respectively. Vijay Sethupathi as Rasool plays the role of a police officer. From the trailer, we can make out that each character has grey shades to it.

Mani Ratnam has retained his regular set of technicians for this movie. Santhosh Sivan cranks the camera and Sreekar Prasad is handling the edits. Maestro AR Rahman is composing the music. Lyca Productions is producing the movie on a first copy basis along with Mani Ratnam’s home banner Madras Talkies. The movie is scheduled to hit screens worldwide on September 28.