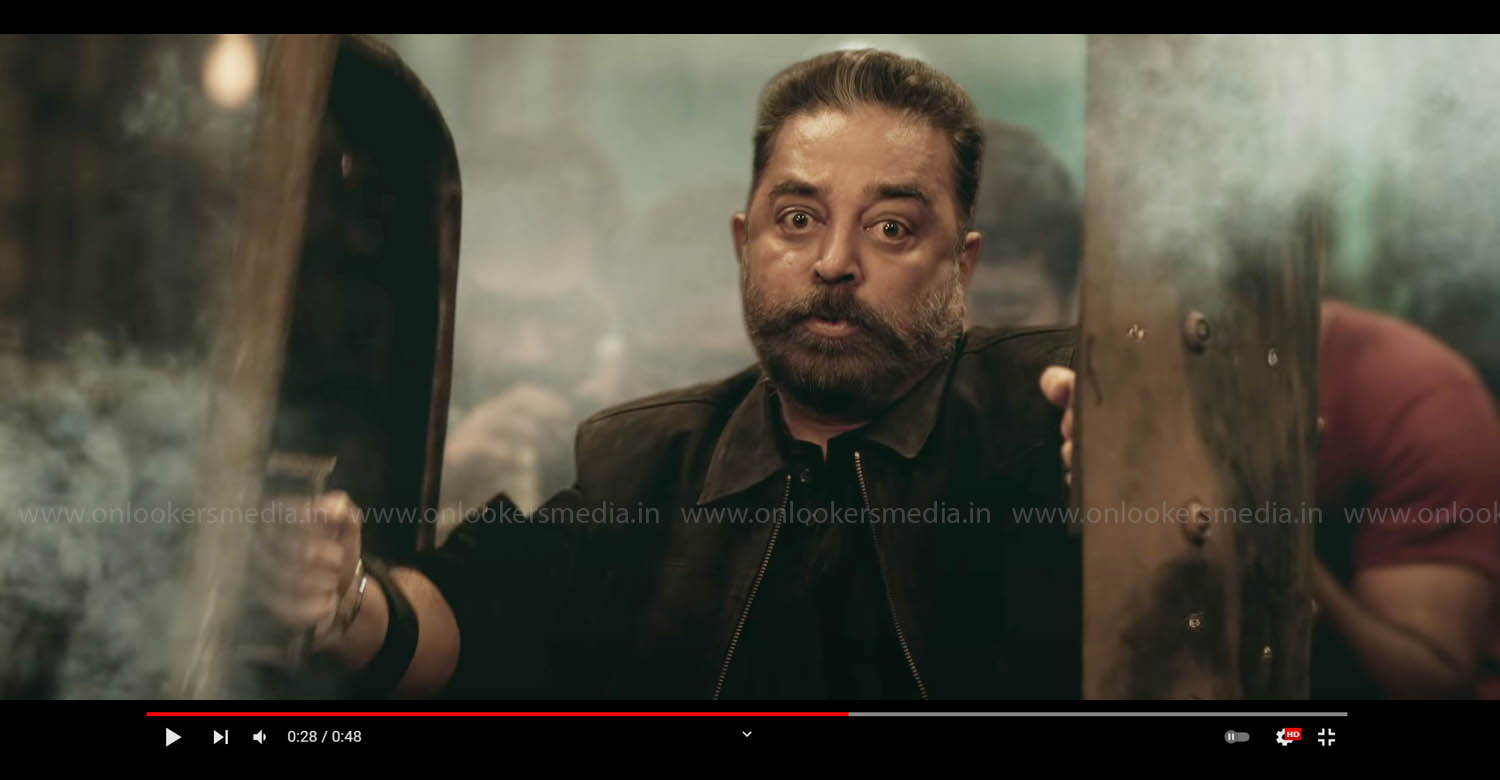 As Kamal Haasan celebrates his birthday today, the makers of ‘Vikram’ have shared the first glimpse from the film. The video opens with a gun fight in what looks like a jail. Kamal Haasan enters the frame in slow motion, holding two iron shields to protect himself and those behind him. It is his aggression and the intensity in his eyes that grabs all the attention. Anirudh Ravichander’s music is sure to trigger the goosebumps.

Directed by Lokesh Kanagaraj, ‘Vikram’ promises to be an action treat. Vijay Vijay Sethupathi and Fahadh Faasil will be seen in prominent roles in the film. Others in the cast include Kalidas Jayaram, Narain, Megha Akash, Chemban Vinod Jose and Shivani Narayanan.

Though ‘Vikram’ was rumoured to be a spin-off of Kamal’s 1986 film of the same name, the makers are yet to confirm it.