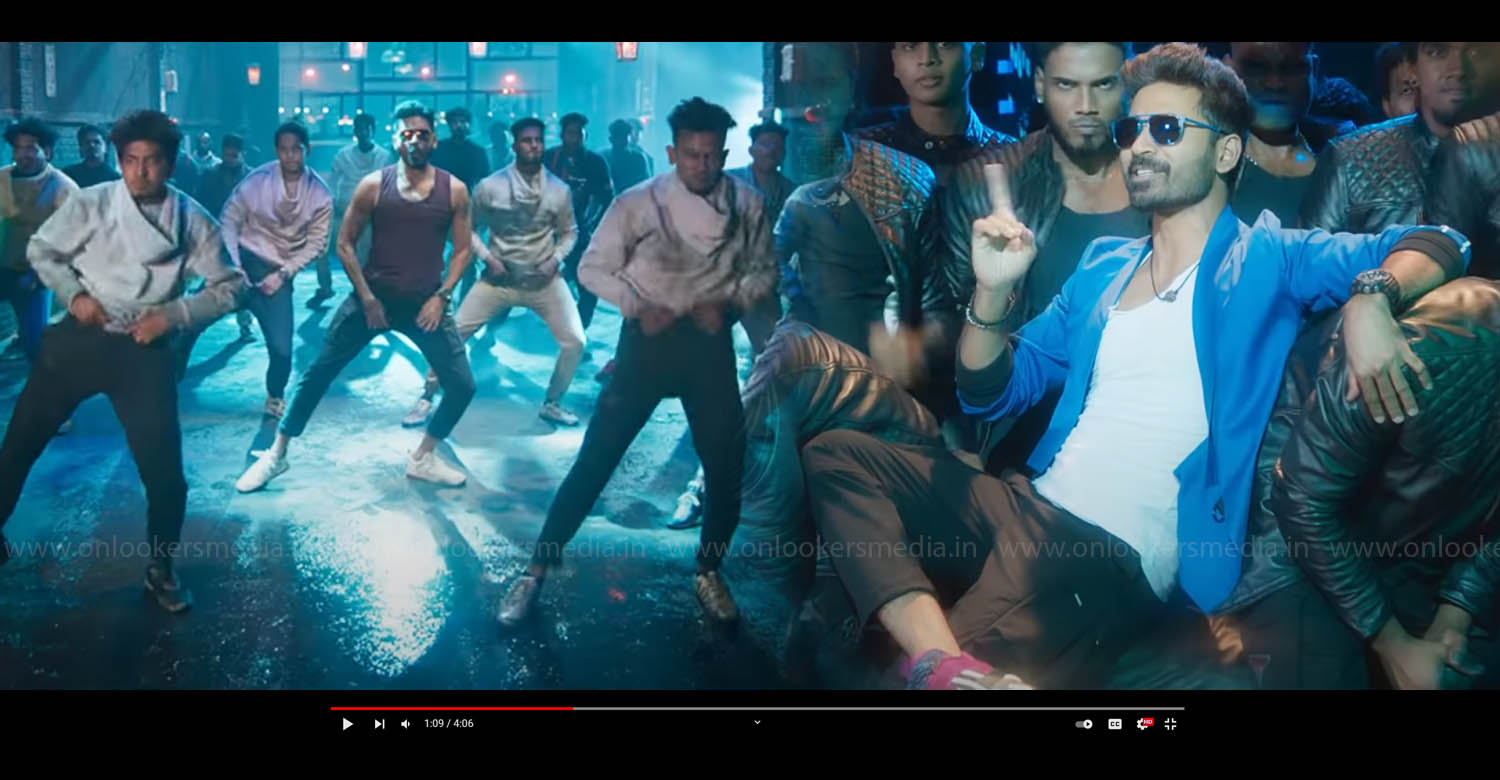 The first single from Dhanush-starrer ‘Maaran’ got released recently. The song titled ‘Polladha Ulagam’ has fetched close to 7 million YouTube views in 2 days already. It is a fun, dance number sung by Dhanush and Arivu. Vivek has written the lyrics and the song is composed by GV Prakash.

‘Maaran’ directed by Karthick Naren promises to be an action thriller. Karthick has scripted the film with additional screenplay and dialogues by Malayali scenarists Suhas-Sharafu and lyricist Vivek. Malavika Mohanan is the female lead. Reportedly, Dhanush and Malavika play investigative journalists in the film.

‘Maaran’ is set to release directly on Disney + Hotstar. This will be Dhanush’s third consecutive film to get a direct OTT release after ‘Jagame Thandhiram’ and ‘Atrangi Re’.