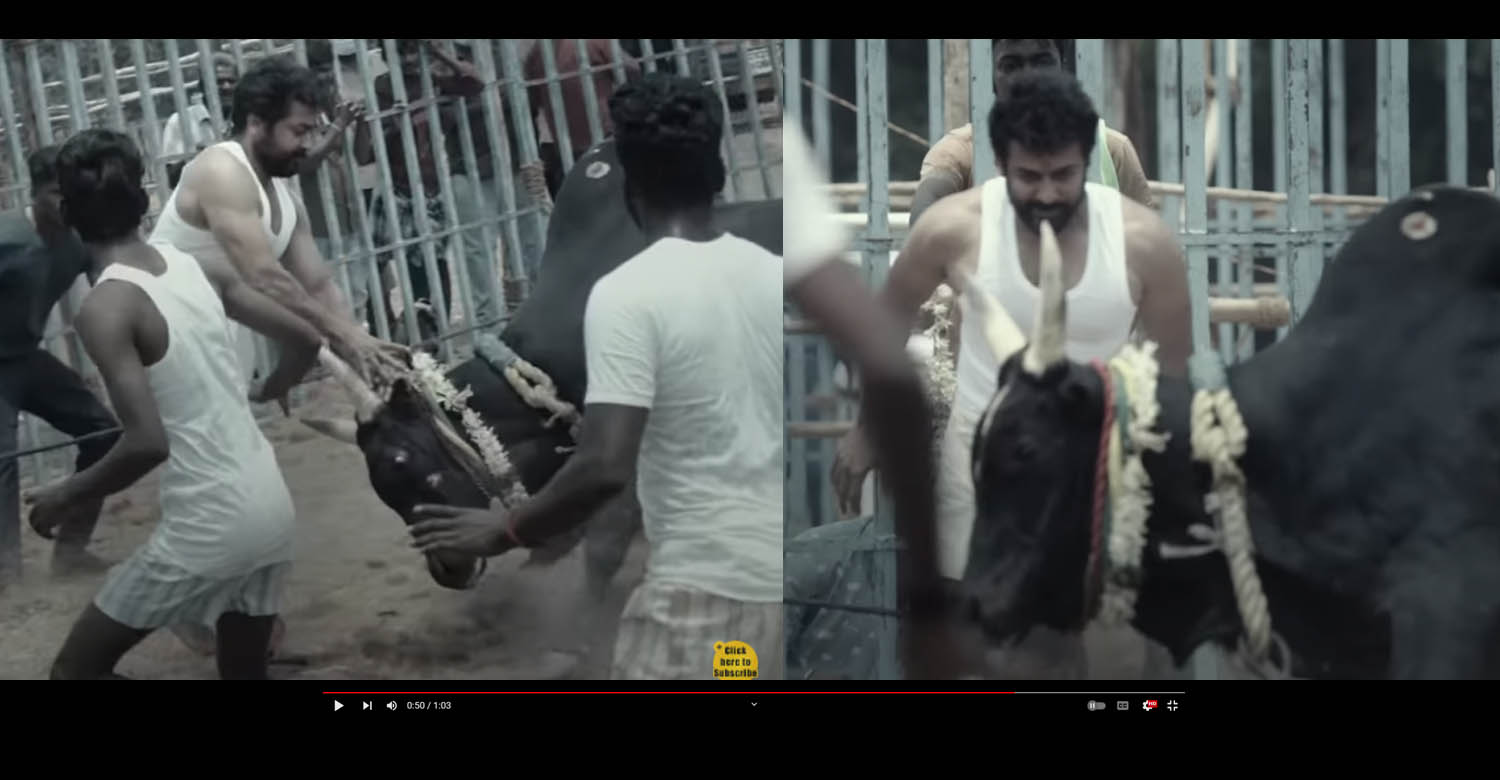 Recently, on Suriya’s birthday, the makers of his upcoming film ‘Vaadivaasal’ released a glimpse video. It was shot during the test shoot that the makers had conducted recently as part of preparations. Directed by Vetrimaaran, ‘Vaadivaasal’ is one of the most anticipated upcoming films in Tamil cinema. This is the first time the actor-director combo is working together. Kalaippuli S Thanu of V Creations is producing the film.

In the glimpse video, Suriya is seen training for some risky portions like fighting and taming bulls. ‘Vaadivaasal’ is based on CS Chellappa’s popular novel of the same name. It is centred around Jallikkattu, a bull taming sport practiced in Tamil Nadu. The film is expected to have plenty of action sequences. Full-fledged shoot will begin only after Suriya and Vetrimaaran wrap up their pending projects.

Suriya is currently working on Bala’s ‘Vanangaan’ while Vetrimaaran is busy with the works of ‘Viduthalai’ starring Vijay Sethupathi and Soori.