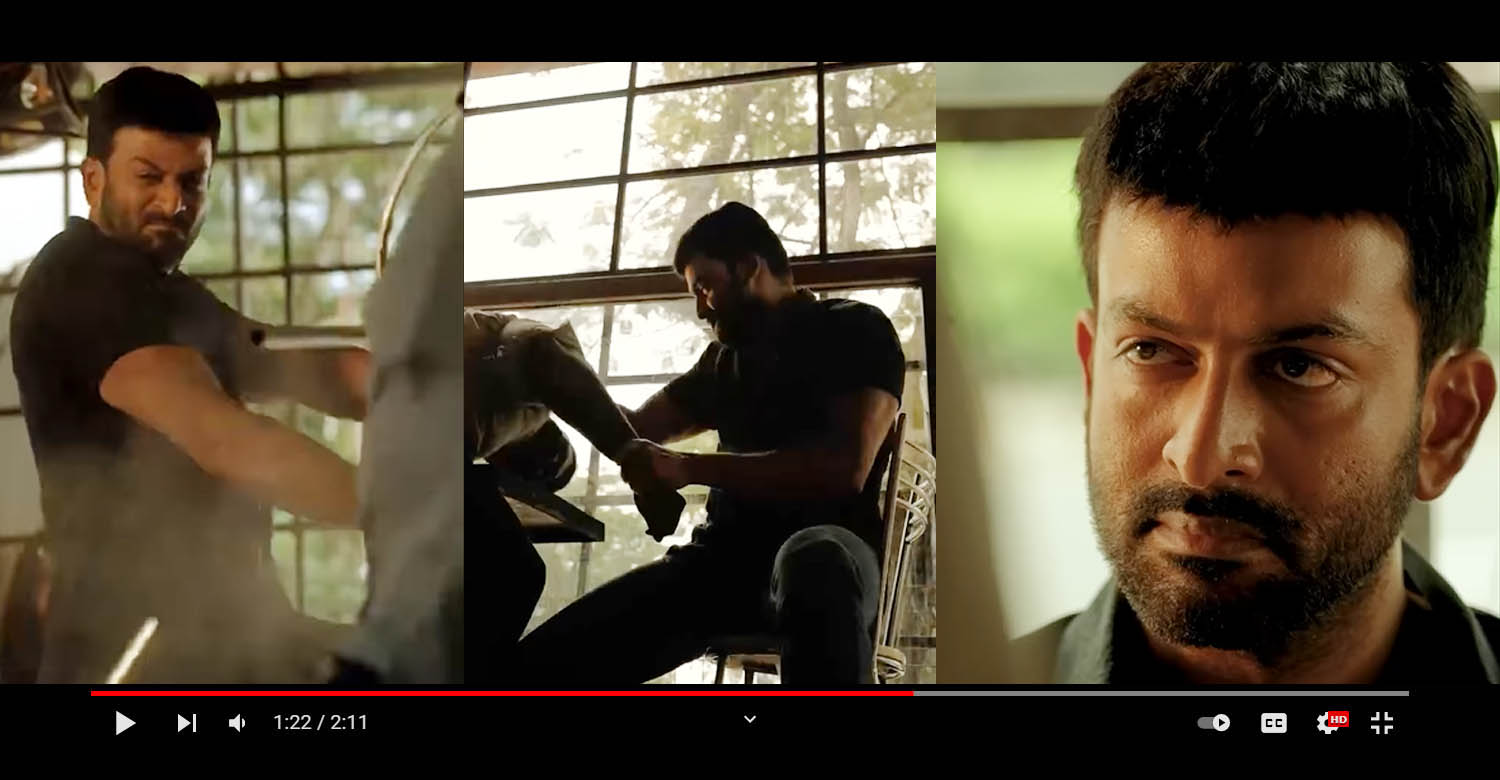 Shoot for the Shaji Kailas directorial ‘Kaapa’ ia currently progressing at a brisk pace. The film stars Prithviraj Sukumaran, Asif Ali, Aparna Balamurali and Anna Ben as the leads. Prithviraj plays a gangster named Kotta Madhu in it. Last day, the makers released a short making video featuring how they shot an action sequence with Prithviraj. The actor looks intense and rugged reminding one of his ‘Anwar’ days.

‘Kaapa’, scripted by novelist Indugopan based on one his stories, is touted to be an action thriller centered around gangsters in Thiruvananthapuram city. The film also stars Dileesh Pothan, Nandhu and Jagadish It has Jomon T John as the cinematographer and Shameer Muhammed as the editor.

Yoodlee Films is co-producing ‘Kaapa’ along with Theatre of Dreams and Film Employees Federation of Kerala (FEFKA) Writers Union. It is the first ever film to be backed by FEFKA Writers Union.