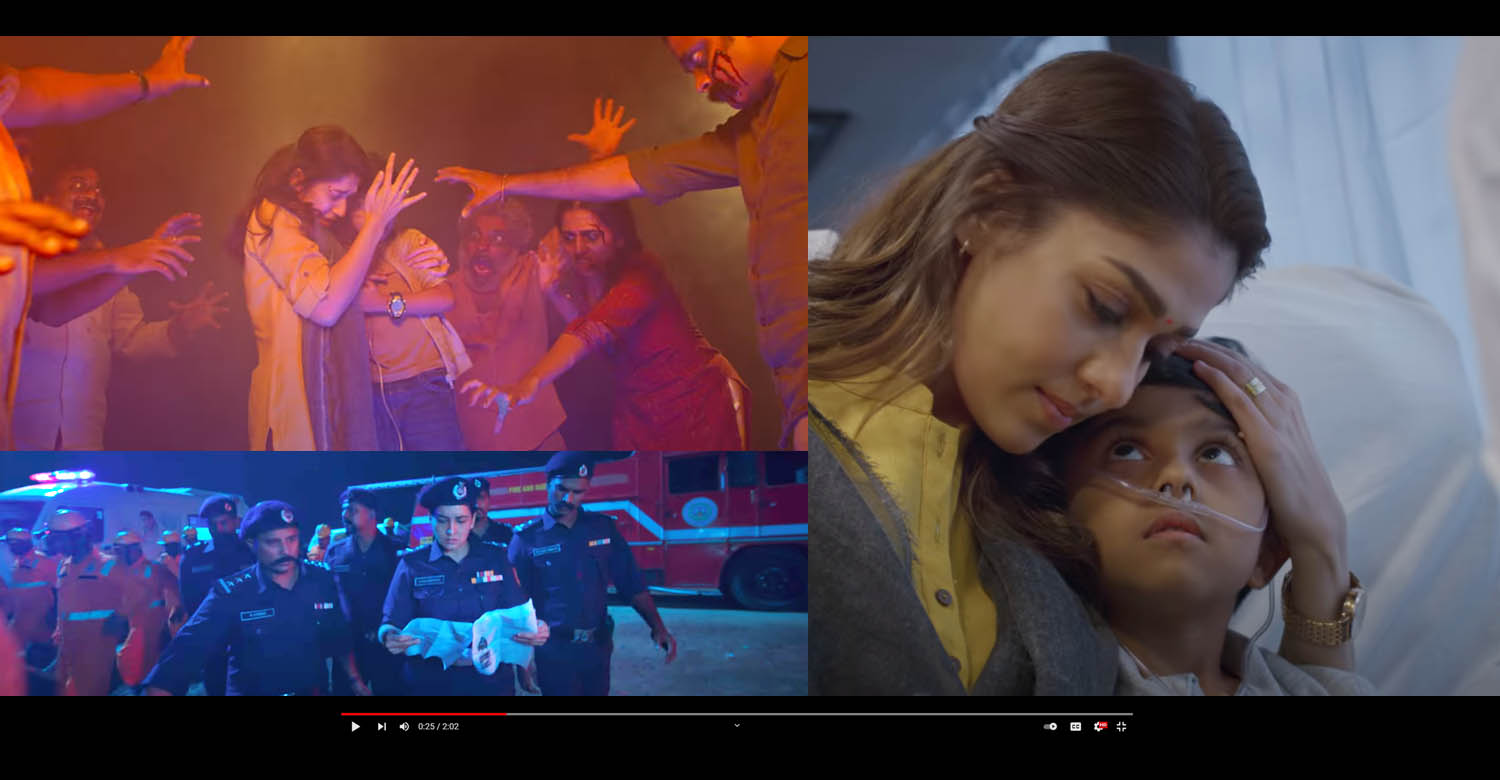 Nayanthara will be next seen in a survival thriller titled ‘O2’. The film directed by GS Viknesh is gearing up to have a direct release on Hotstar on June 17. Meanwhile, the makers have shared its trailer online.

The film has Nayanthara playing a single mother of a kid, who has breathing issues. His medical condition that doesn’t allow him to breathe without a breathing aid. He constantly needs oxygen support to stay alive. On their way to Kochi for better treatment, the bus they are travelling in falls into a massive hole. Short of oxygen, the co-passengers try to snatch the child’s oxygen. Pushed against the wall, the mother decides to fight for her kid.

‘O2’ has Bharath Neelakantan, Lena, Jaffer Idukki, Adukalam Murugadoss and many others as part of the cast. The film has cinematography by Thamizh A Azhagan and editing by Selva RK. Vishal Chandrasekar is handling the music department.

The film is produced by SR Prakash Babu and SR Prabhu under the banner of Dream Warrior Pictures.