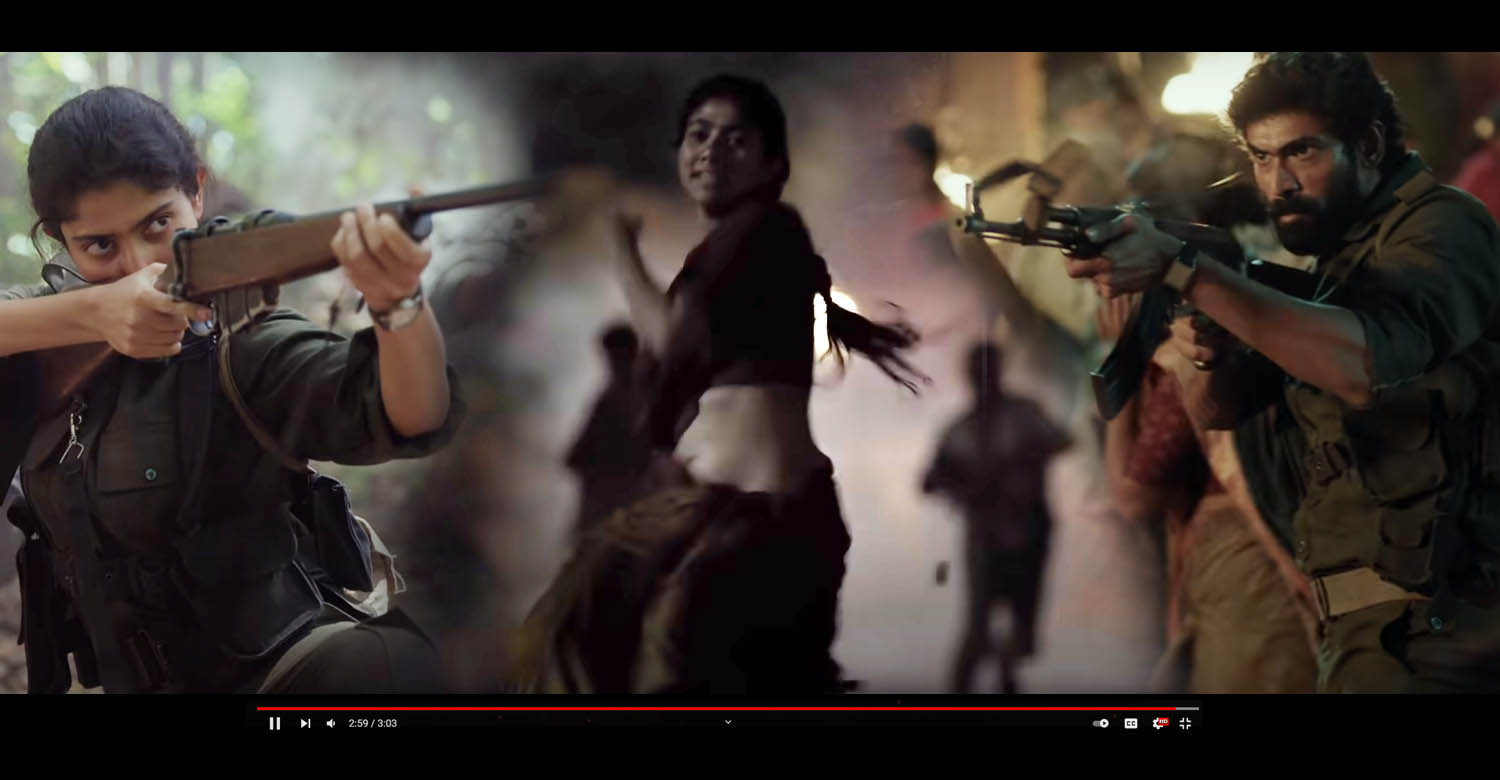 The trailer of upcoming Telugu film ‘Virata Parvam’ has been released online. It stars Rana Daggubati and Sai Pallavi in the lead roles. Set in the interiors of Telangana, the film sheds light on the Naxal issues during the 90s. From the trailer, we learn that Rana plays a Naxal leader. Sai Pallavi’s character Vennela falls in love with his revolutionary poems and writings and sets out to look for him. She eventually joins the force and fights along with him for a course. It is through her journey that the story unfolds.

The film has cinematography by Dani Salo and Divakar Mani. Music is by Suresh Bobbili and Sreekar Prasad is the editor. D Suresh Babu and Sudhakar Cherukuri are jointly producing the film under the banners of Suresh Productions and Sri Lakshmi Venkateswara Cinemas.

‘Virata Parvam’ set for release on June 17. Earlier, it was scheduled to hit screens on July 1.