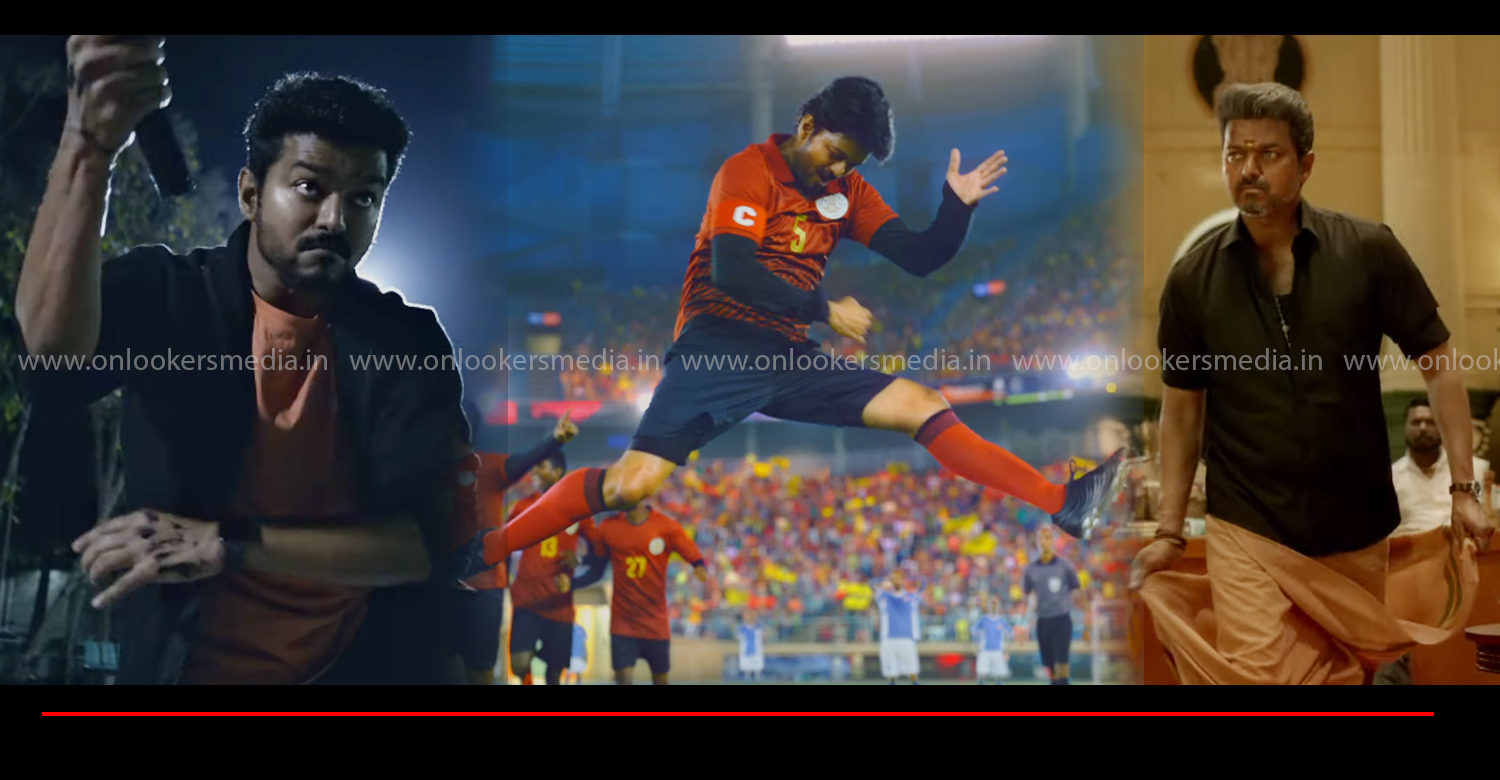 The official trailer of Vijay’s hugely hyped ‘Bigil’ has finally been released online. It is every bit as expected with mass elements loaded in it. The trailer that lasts over 2.30 minutes gives a proper sneak peek into the film and gives us an idea to what to expect from the film. It looks like a mass entertainer with equal dose of sporting action, fun, romance, emotions and the quintessential social message.

Vijay plays a dual role in ‘Bigil’. Apparently, the star essays the roles of a gangster father and a football enthusiast son, who later becomes a coach. Nayanthara is paired with Vijay in the film. Jackie Shroff, Kathir, Yogi Babu, Vivek, Indhuja, Varsha Bollamma, Reba Monica John, Daniel Balaji and Anand Raj are also part of the supporting cast.

‘Bigil’ is scheduled for a grand Diwali release later this month. In Kerala, the film will be released by Prithviraj Productions and Listin Stephen’s Magic Frames.