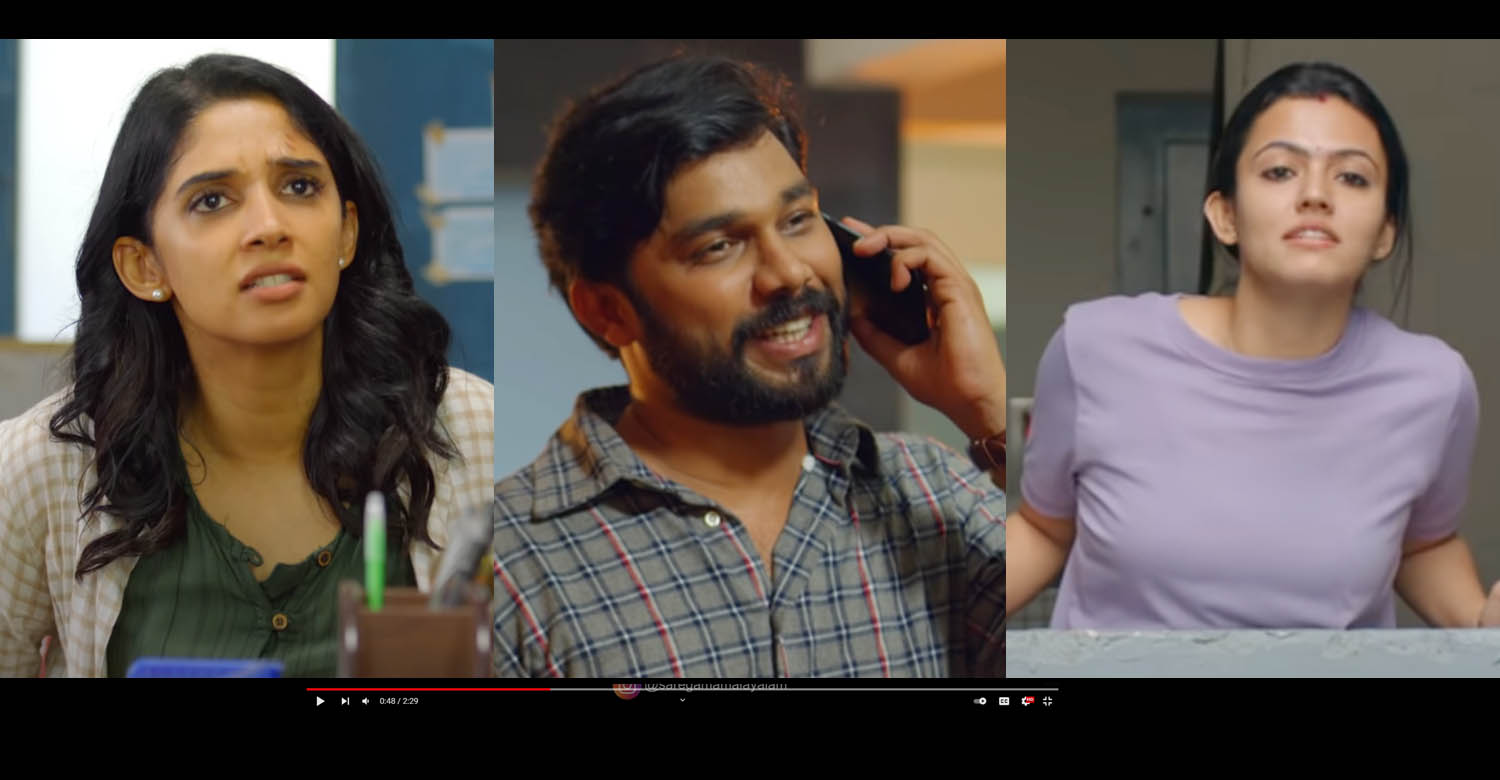 We had earlier reported about Sharafudheen and Nyla Usha teaming up for a new film titled ‘Priyan Ottathilaanu’. Antony Sony Sebastian, who made his directorial debut with ‘C/O Saira Banu’, is helming the film. Its trailer got released recently and is grabbing attention.

‘Priyan Ottathilaanu’ has Sharafudheen playing the titular role. Aparna Das, who was recently seen in ‘Beast’, is playing his wife’s role in the film. It is scripted by Abhayakumar K and Anil Kurian, who has earlier scripted hit films like ‘Su Su Sudhi Vathmeekam’ and ‘Punyalan Agarbathis’.

‘Priyan Ottathilaanu’ also stars Anarkali Marikar, Biju Sopanam, Harisree Ashokan, Jaffer Idukki and Sudhy Koppa as part of the supporting cast. From the film’s trailer, it promises to be a fun entertainer.

Santhosh Thrivikraman is producing the film under the banner of WOW Cinemas.